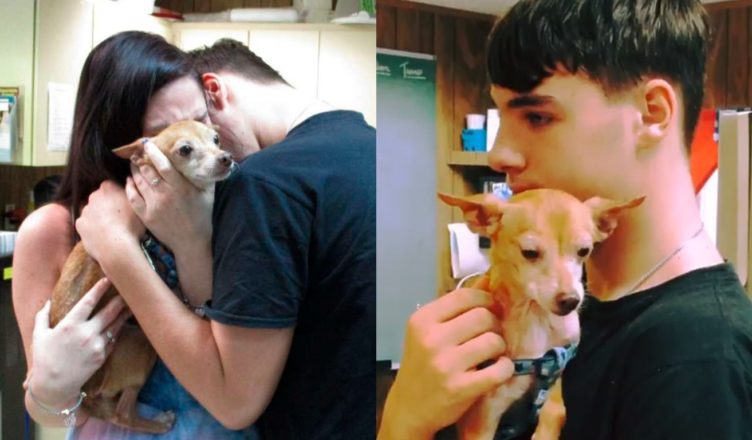 Reuniting with someone after a long period is a source of immense joy, especially when there is no possibility of it happening. Reunions are lovely, as evidenced by the story of a dog who walked the streets of Sumter, Florida (United States).

Fortunately, when the dog was lost in the streets, a nice stranger passed by and assisted him without hesitation. 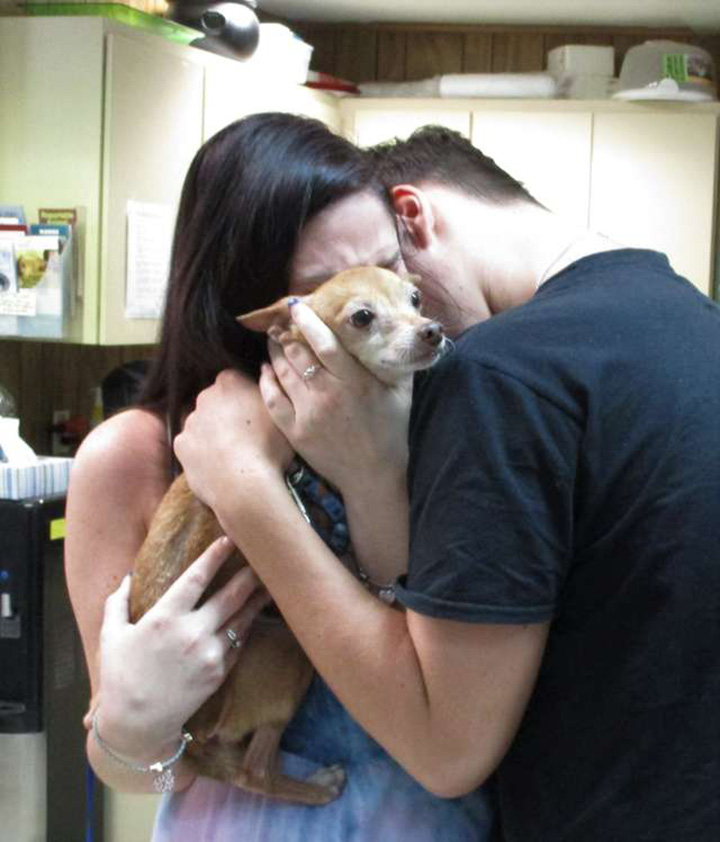 The caring individual scooped up the small chihuahua and quickly transported him to a shelter where he could receive the required care.

A volunteer at YOUR Humane Society SPCA, Claudia Labbé, told The Dodo: 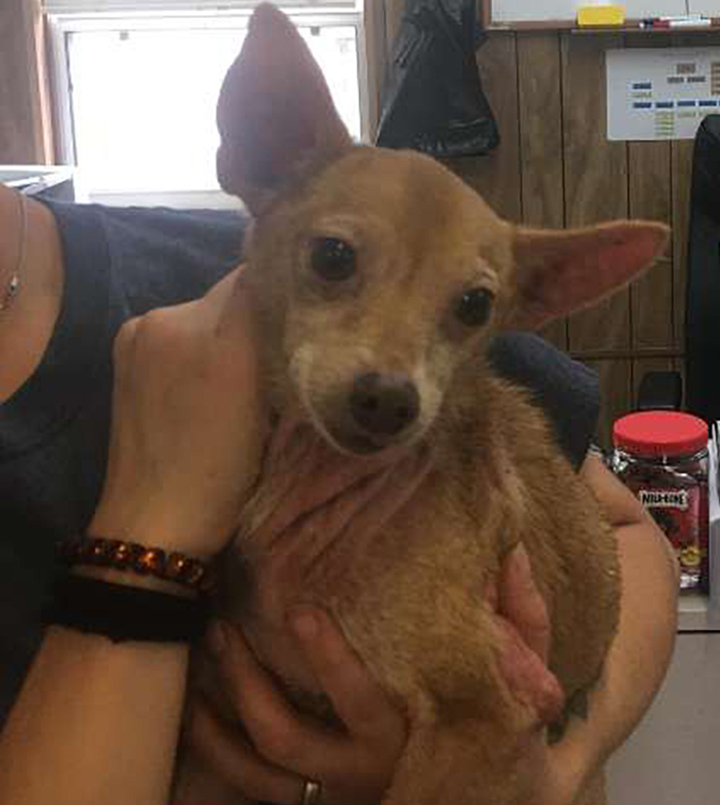 “He hurled himself at this person, like, ‘Help me! Help me!’” She was overjoyed to see him.

Since his arrival at the shelter, the dog has maintained a cheerful and optimistic attitude despite being severely emaciated, filthy, and flea-infested. Because the volunteers suspected the dog belonged to a family and was missing, they began looking for a microchip. 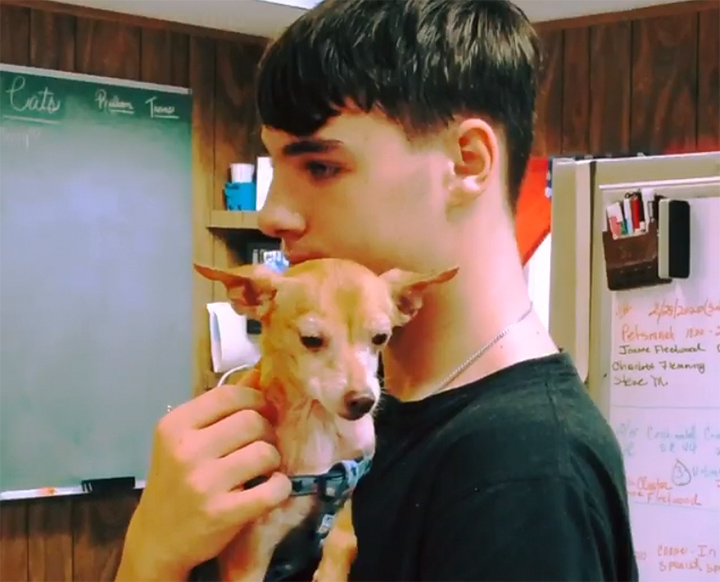 Fortunately, they discovered him, and the name of the missing dog, Alex, as well as the names of the previous owners, surfaced. When the shelter’s volunteers contacted the family, they were astounded by Alex’s extraordinary story.

Alex’s family lived in Naples, Florida, almost 225 miles away from where he was discovered, and they hadn’t seen him in 6 years. 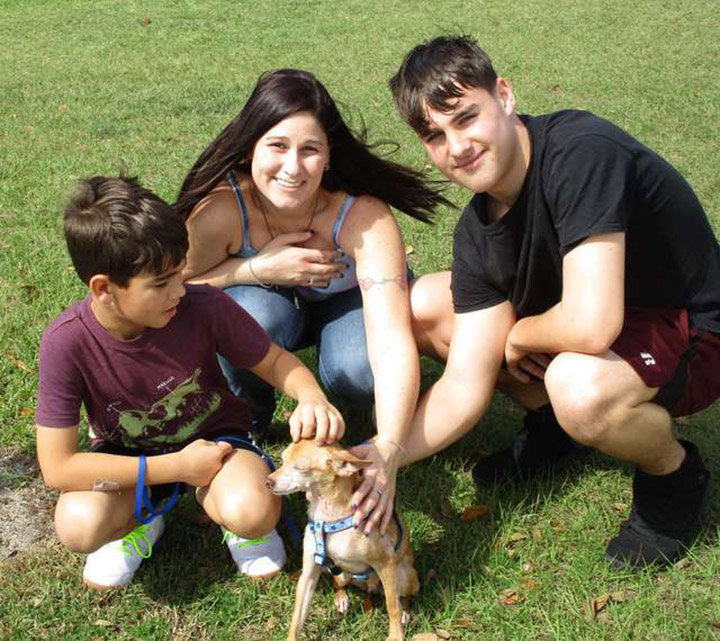 Alex had been with his family since he was two months old, and he had two human brothers as well as an elder canine sibling named Thunder. Alex dug a hole under his yard fence and fled, perhaps seeking for his brother, after Thunder was taken to live with Grandma for a bit.

Alex’s family tried all they could to locate him, but as the years passed, their optimism dwindled.