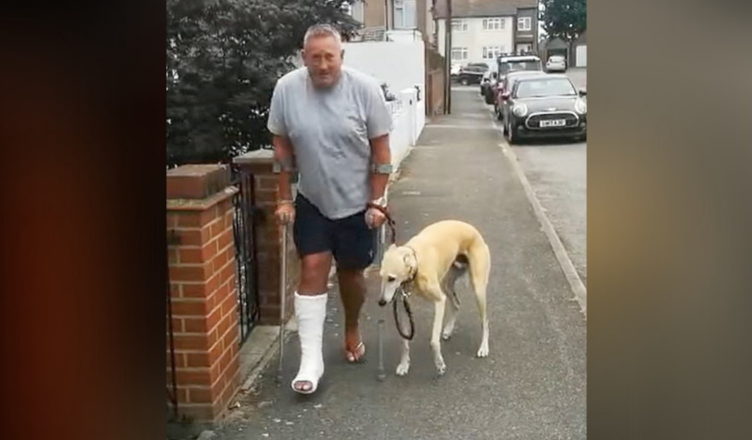 I haven’t laughed this hard in a long time. I feel bad for the owner, but watching that dog limp for him is just too cute and funny.

Bill is from London. And he just proved that dogs have way better hearts.
As if we don’t already know that fact. But these canines continue to surprise us. So to Bill’s story.

His owner is Russell Jones. Russell had his right leg put in a plaster cast which meant he had to walk with a crutch. Now where mean, uneducated folk would have mocked Jones, Bill the pooch began to imitate the limp for a different reason. Tell me you refuse to love that face.

“Cost me £300 in vet fees and X-rays, nothing wrong just sympathy. Love him❤️“

Get this good boy an extra bowl of food!

The said video has 22k likes with 39k shares.

Bill limps with his human, raising his front left paw as if it really was injured. It’s super cute to watch knowing he’s doing it all for the love of Russell. Imitation is really the highest form of flattery. But it only works if you’re a dog! 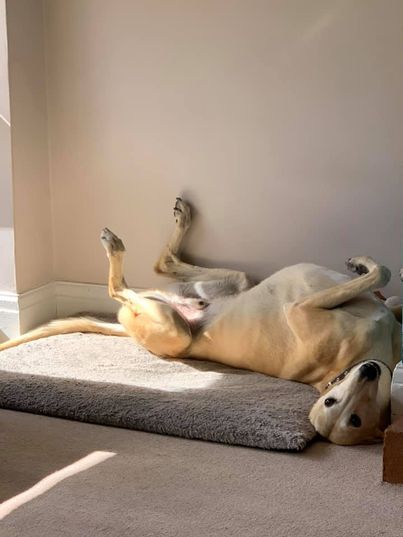 Such a compassionate canine.

“He’s copying you. That’s brilliant! Though you have my sympathy for the vets bill.”

To be fair, as cute as this Lurcher’s intentions were, that’s cash down the drain. But hey, hard to get mad when you find out he did it out of pure love for his owner. Bill got extra treats that day. Plus he’s famous now!

Cesar’s Way explained on their site, “There are a number of different creatures that imitate others within their own species. People imitate other people. Birds imitate other birds. Non-human primates like monkeys and apes imitate others in their group. But dogs not only imitate other dogs—they copy what we do as well. What’s even crazier is that they have been known to do so even when the imitation doesn’t benefit them,”

Nothing wrong with this dog. He just tried to make things right.

The website’s explanation follows up with,

“Experts think that dogs’ tendency to copy us came about through thousands of years of selective breeding and training. Over time, it grew to become a built-in reaction,”

That’s time well spent. Look what we ended up with! Dogs have evolved to become such pure, loving creatures. They never judge or criticize. All they know and all they want to do, is to give their hearts fully. Hobble wobble but he’s of no trouble.
Lurchers are known for being silent and calm. They are bred for hunting and are known for being active and intelligent. Bill just showed the world that affectionate intelligence. He’s got his human to watch and protect so this doggo decided to raise a little awareness for Russell.

How many kisses did Bill get for this stunt?

Now what can you do with $400?
That’s a lot of money. A man would have gone to fix his car, or perhaps even a gym membership. 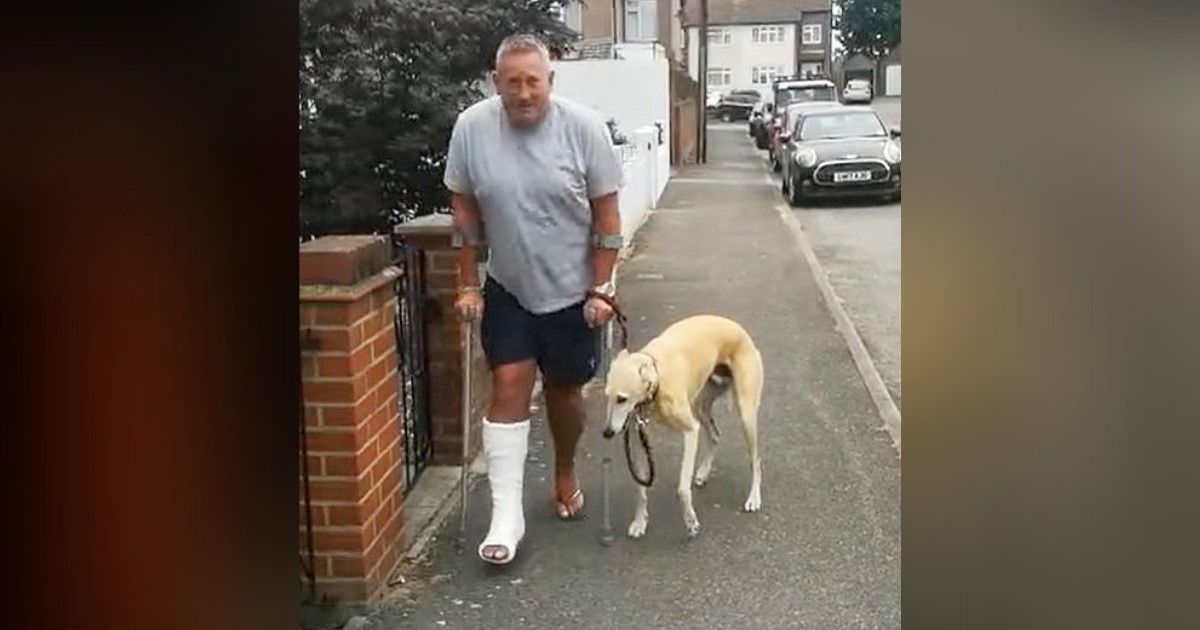 In Russell’s case, it could have gone for his medical check ups for that leg. But Bill got to the money first! That’s alright though, look how they’ve gone viral. It’s opened more eyes to the wonder that are dogs.

Watch out for the adorable limp in the video below!
Please SHARE this with your friends and family.