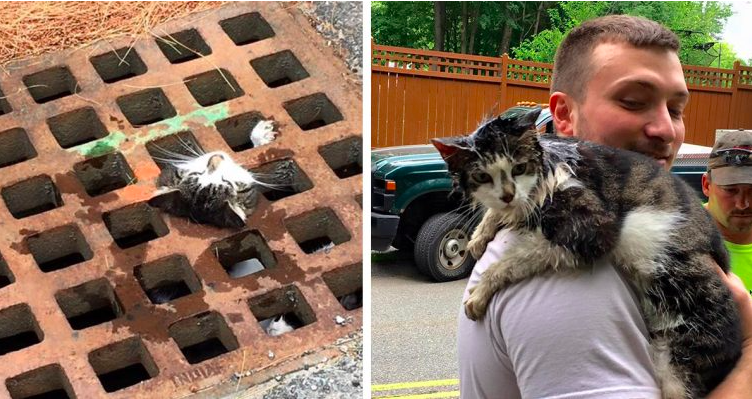 This poor cat was in the wrong place at the wrong time. But, the firefighters who rescued him were in the right place at the right time. The cat had its head stuck in the storm sewer, with the body hanging. 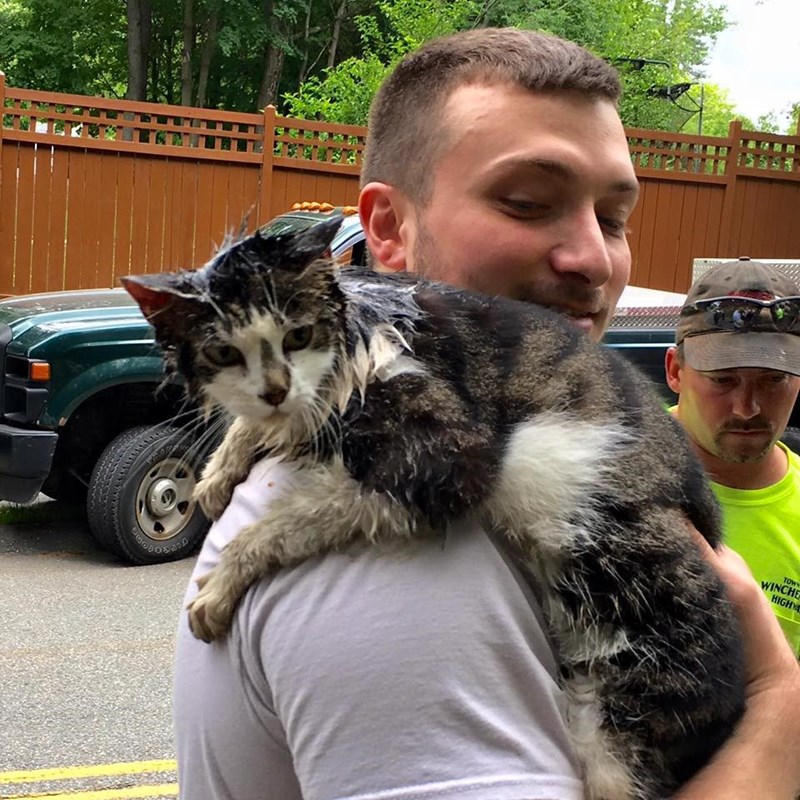 This caused the cat not to breathe properly. Fortunately, these wonderful men showed up and saved him. They avoided what would have been a very traumatic death.

A one-year-old cat got stuck in a storm sewer. The worst thing was that the cat was hanging under the grid, its head stuck in one of the holes. 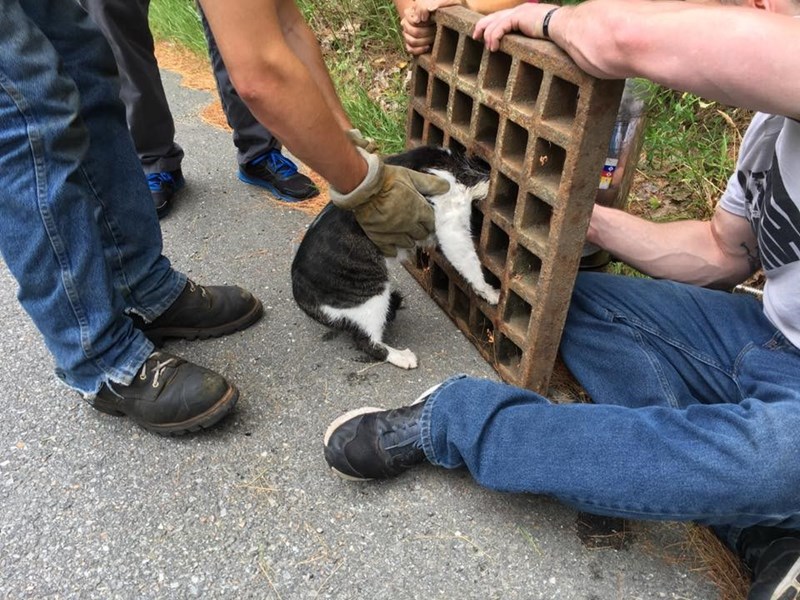 «When we arrived, the cat was barely breathing and moving while hanging from the gate,» the Winchendon Fire Department wrote on Facebook.

Firefighters removed the grid so the cat could breathe. 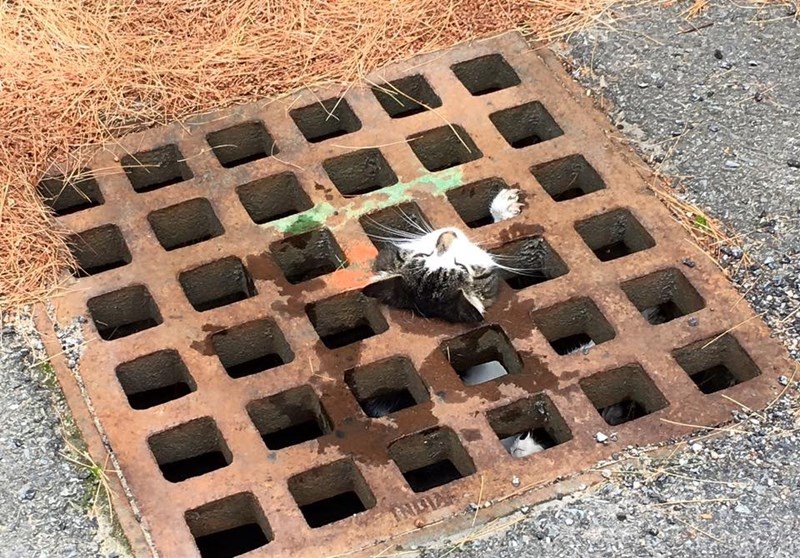 Then they used dish soap that they applied around the cat’s neck, they slowly put his head back in the grid and within a few minutes they released the cat.

What a lucky cat! Glad he/she had another chance in life. Share with your friends!