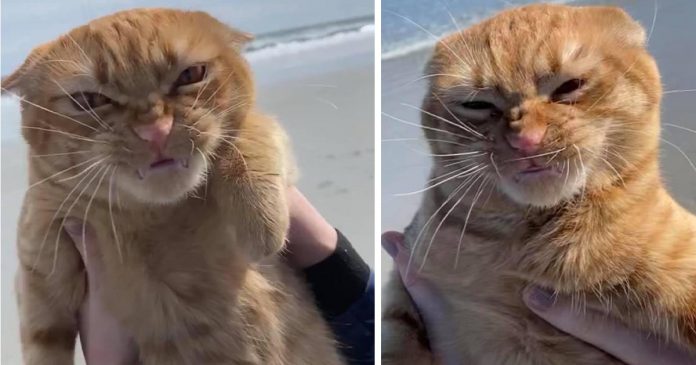 This particular cat goes to the beach for the first time, and his funny expressions reflect that the ocean breeze is not something he enjoys.

Pumpkin is an adorable orange cat who, when his family began to grow, discovered that he suffers from a mild case of cerebellar hypoplasia 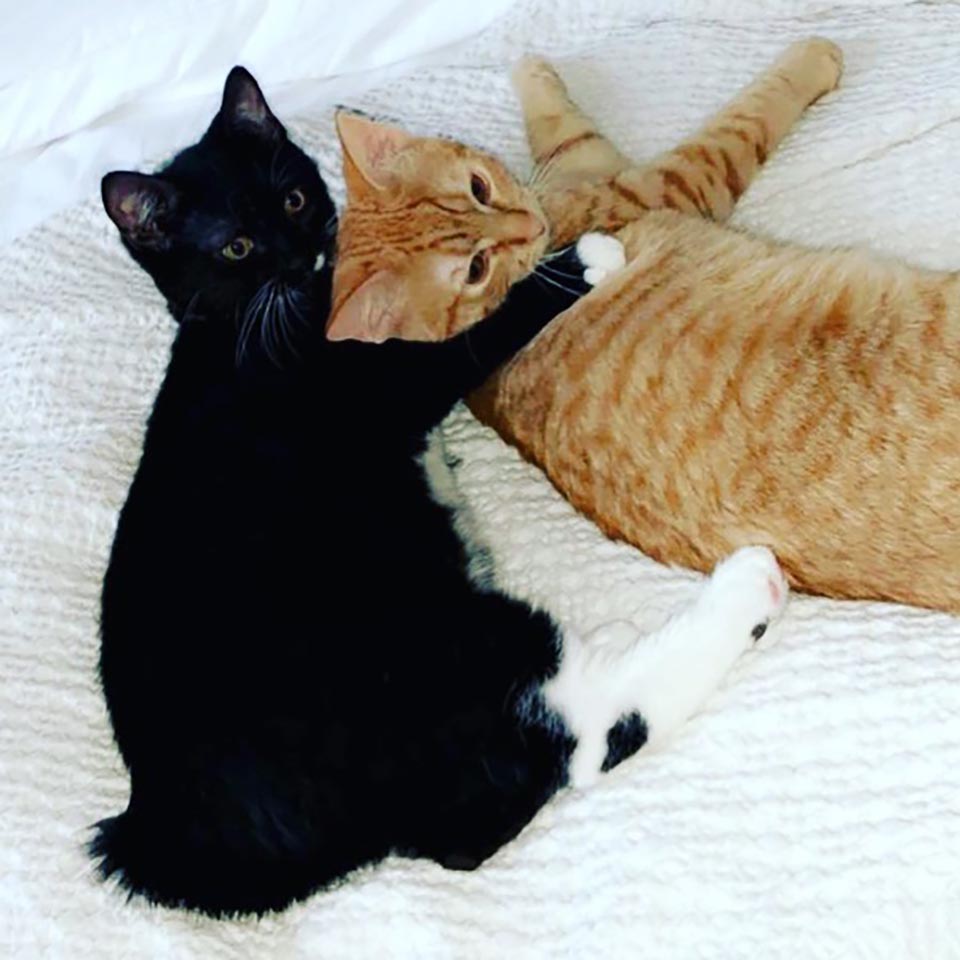 which affects his coordination and depth perception, but does not prevent him from making a normal life at all.

The curious feline belonged to a litter of rescued kittens that his family was helping. At first they did not consider staying with any of them, but eventually they stayed with Pumpkin and his brother Moustachio. 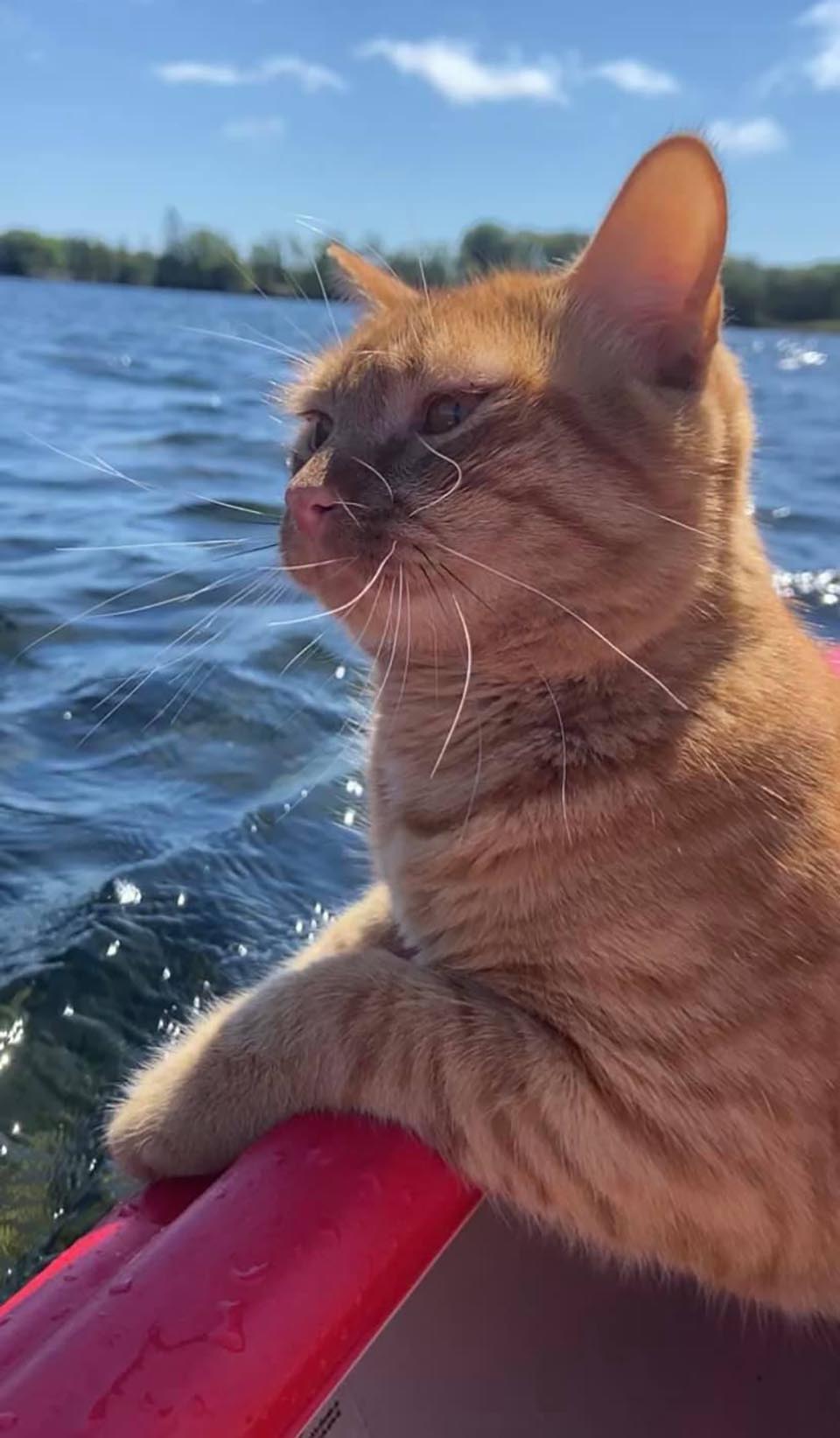 They couldn’t help but fall in love with the kittens. Pumpkin is naughty and doesn’t let anything stop him 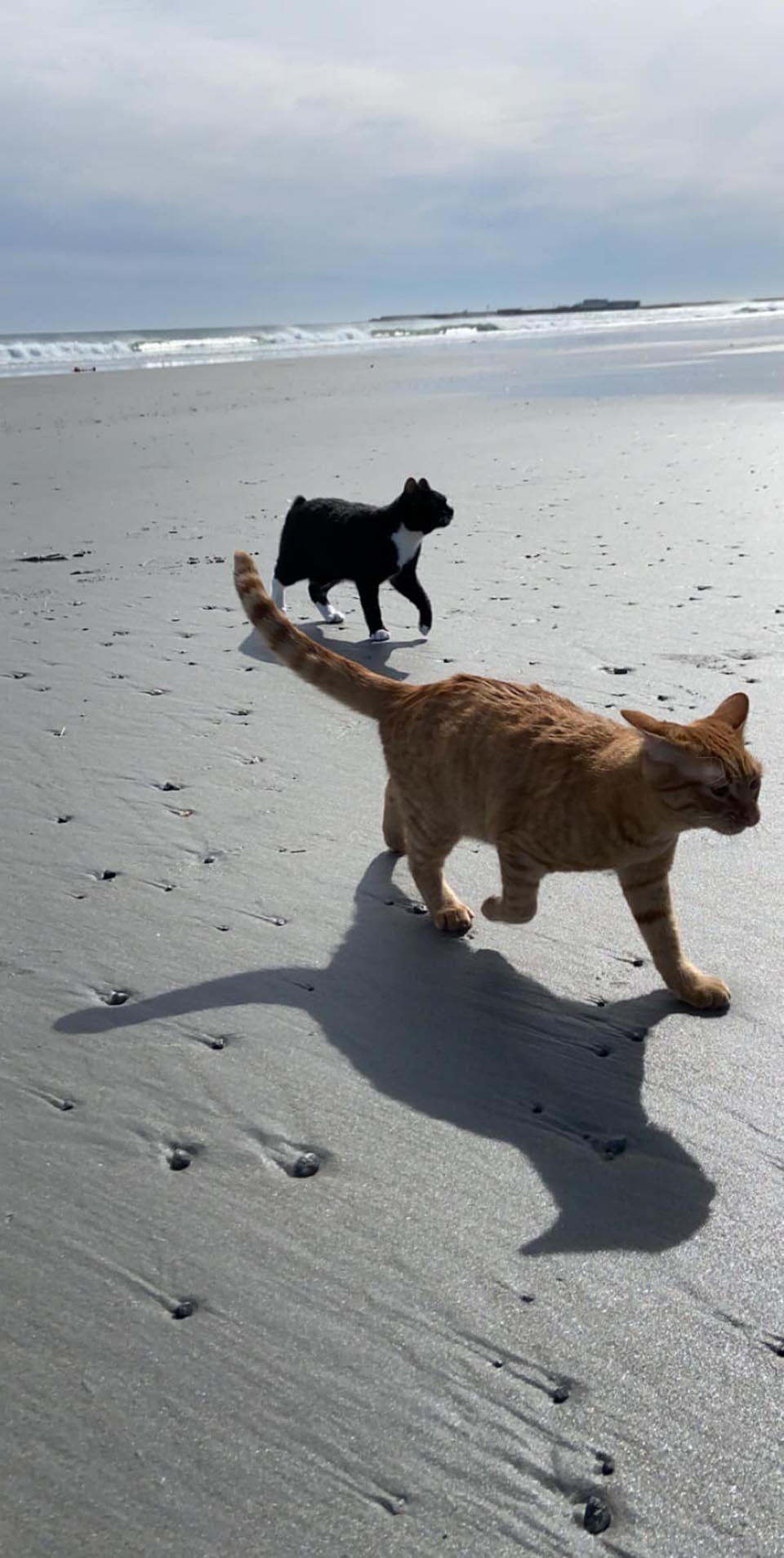 «We say he’s clumsy like a puppy. It seems more like jogging than running, with my front legs raised one at a time.»

Cat knows the beach and has an adorable reaction

The adorable feline enjoys outdoor time and family adventures; he even goes hiking and kayaking, so his mother considered the idea of taking the cat to the beach for the first time.

As he ran along the beach with his brother, the feline seemed to enjoy the moment. Until the wind got stronger, and the family found that their fearless cat was not at all a fan of the strong breeze, and his mood soon changed.

«He really loved the beach, but we soon discovered that he didn’t love the wind. The faces I was making, we’d never seen anything like it before, so we were taking pictures and videos.»

When the wind hit hard, immediately the cat’s expressions were not long in coming; they hadn’t seen their pet react like this before and couldn’t stop laughing at their strange and funny faces. 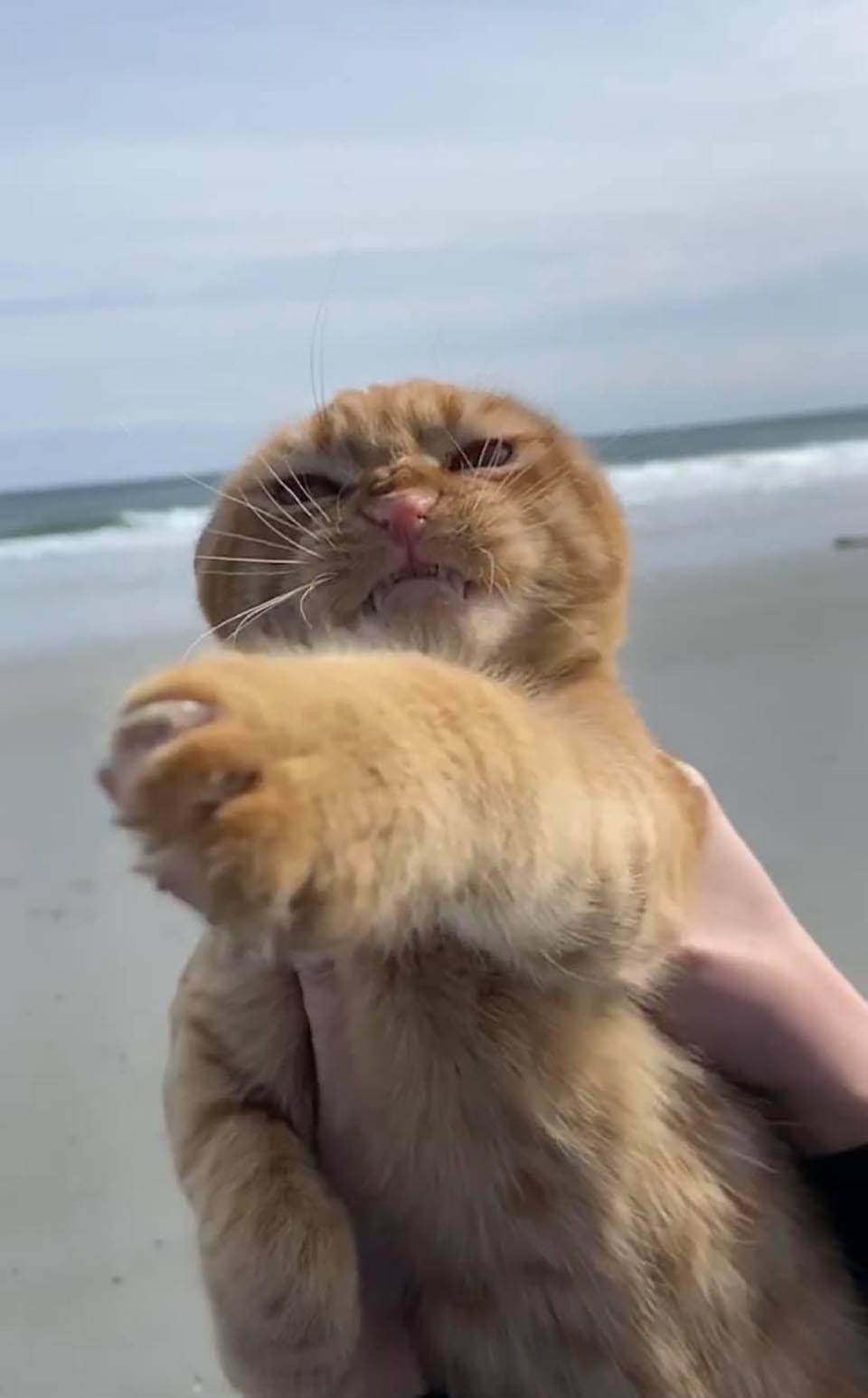 He clearly did not enjoy the wind, and tried to make it very clear in each of his expressions.

Cat goes to the beach for the first time 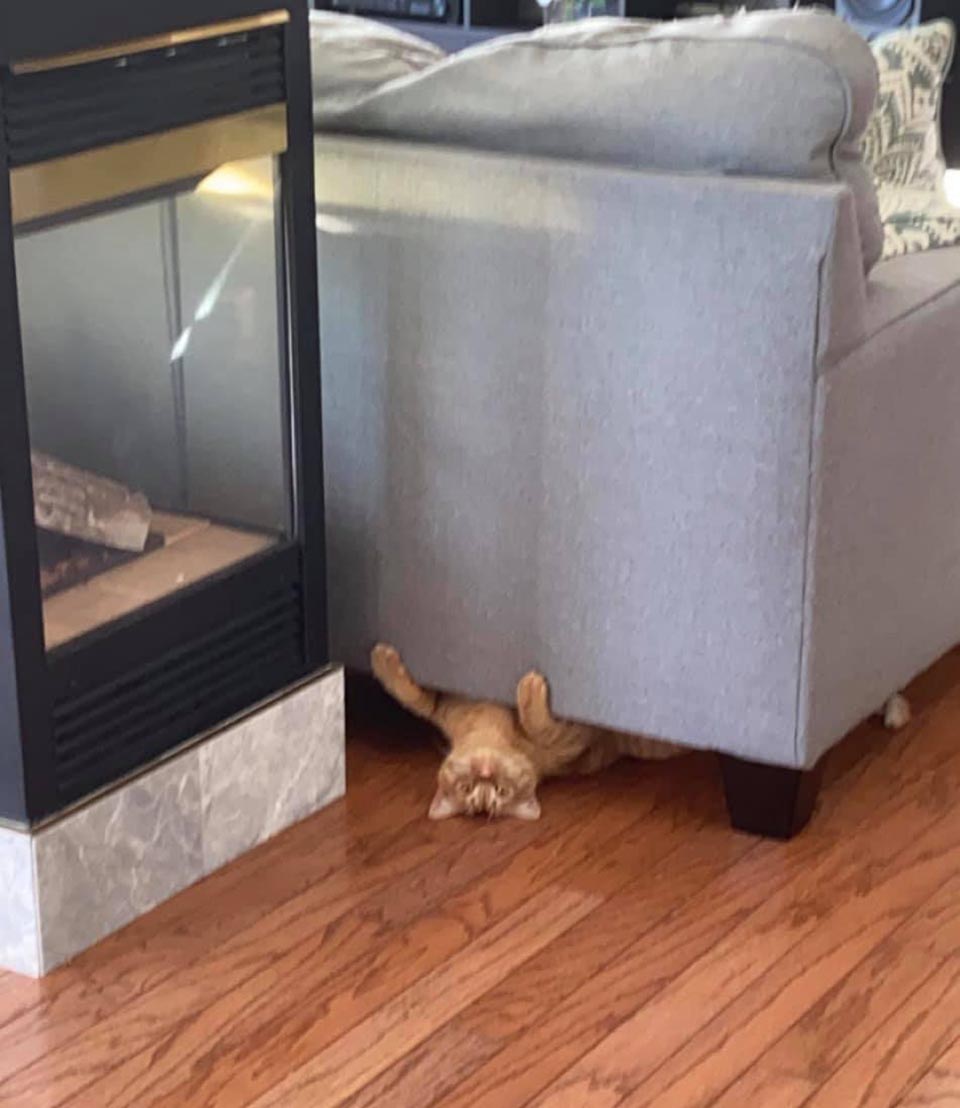 Since that day, Pumpkin and his family have returned to the beach on several more occasions. He likes sand and running all over the place, but ultimately, the wind will never be one of his favorite things. 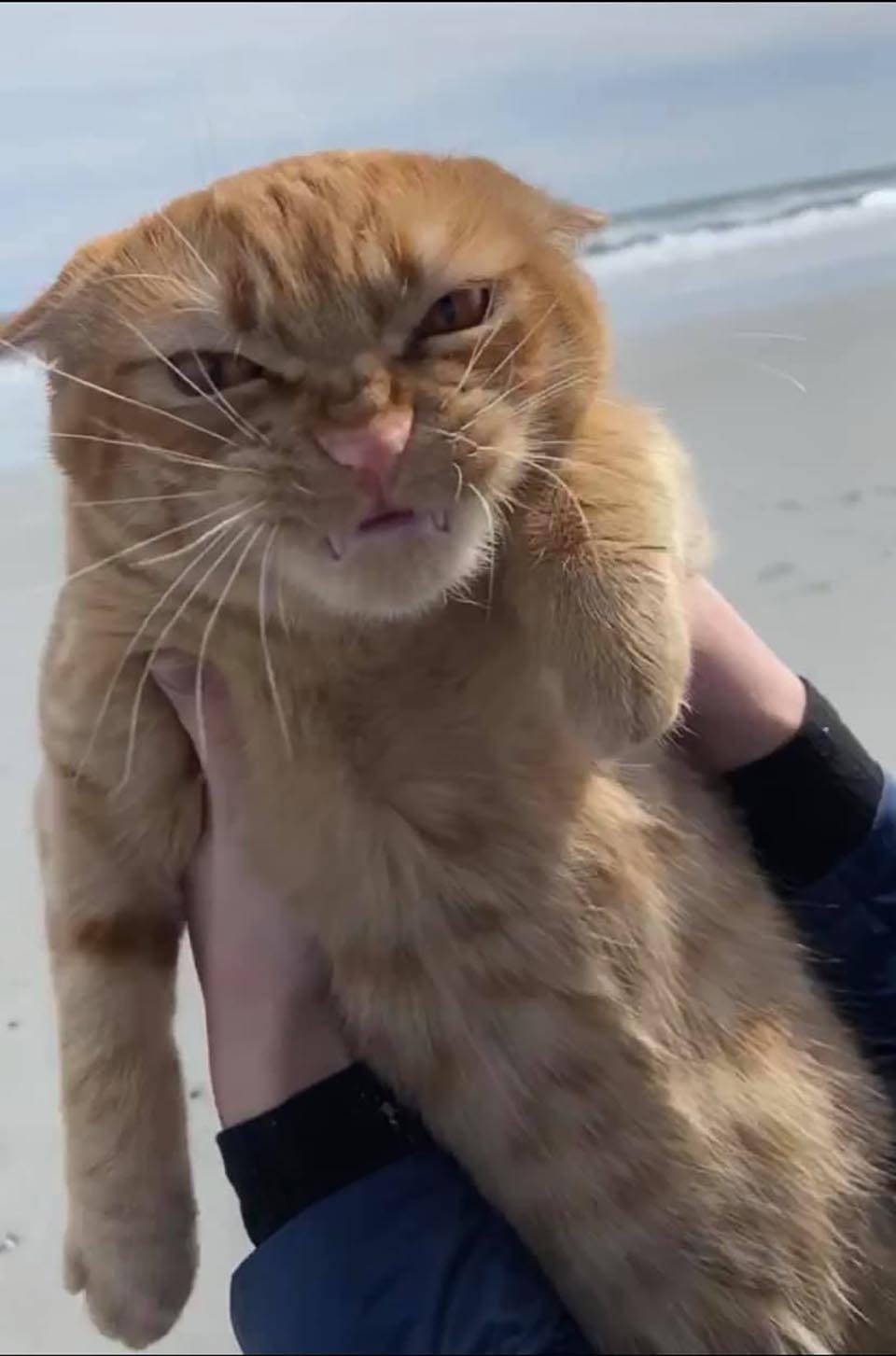