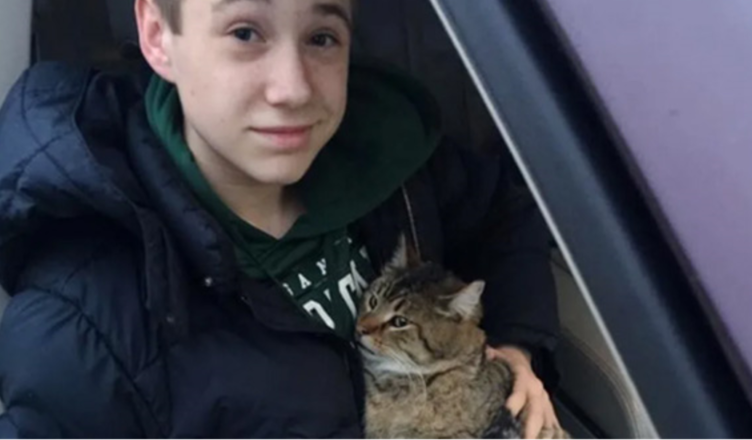 In Michigan, Erin Brown was driving down Grand Rapids Highway with her son Gavin when they saw a cat thrown out of the window of the vehicle in front of them.

Shocked by this scene, Erin started screaming. Gavin asked his mother to pull over, got out of the car and waved motorists to stop so he could reach the cat and save it. 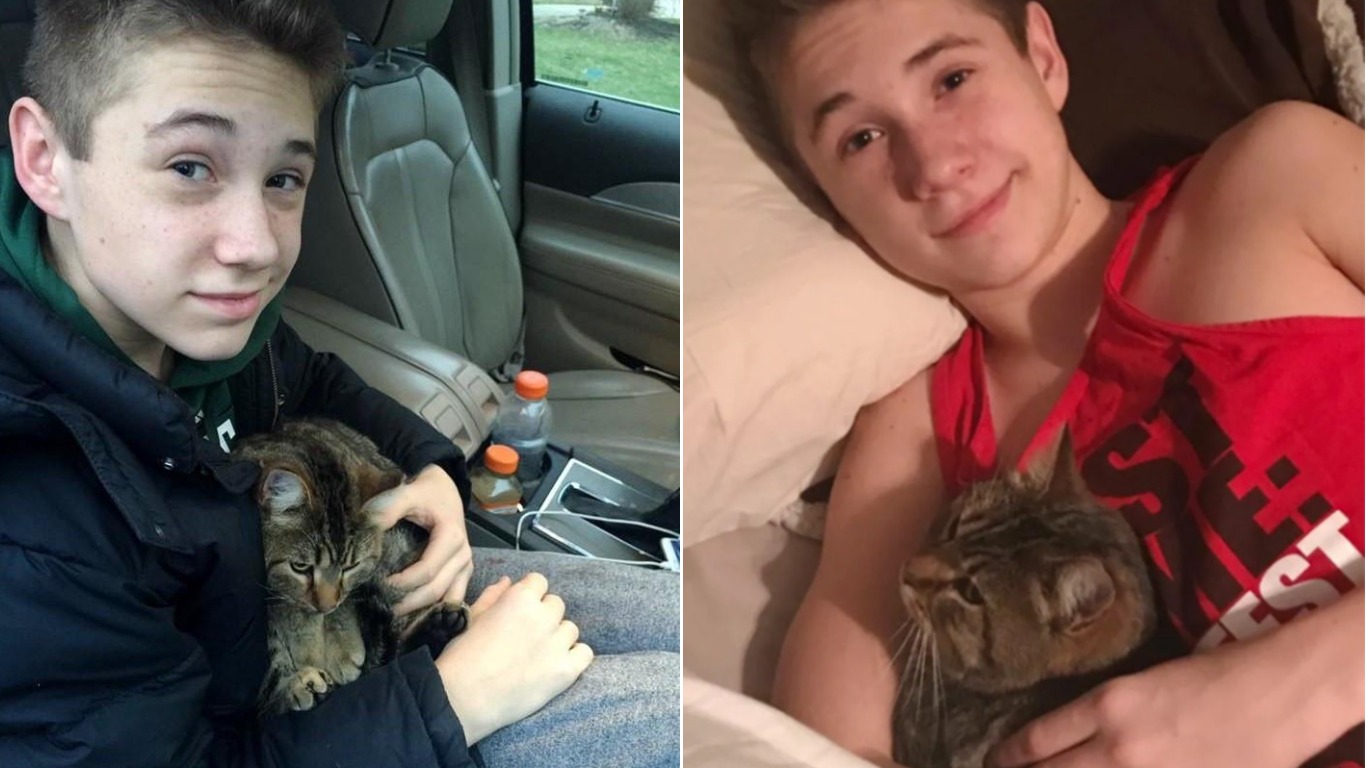 “We were both in shock to see the cat hit the pavement. My son ran down the freeway and climbed the overpass to save the cat,” Gavin’s mum says.

He pursued the cat with total devotion, putting his life in danger. Fortunately, the teenager caught up with him and brought him safely back to the car, where his terrified mother was waiting for him. 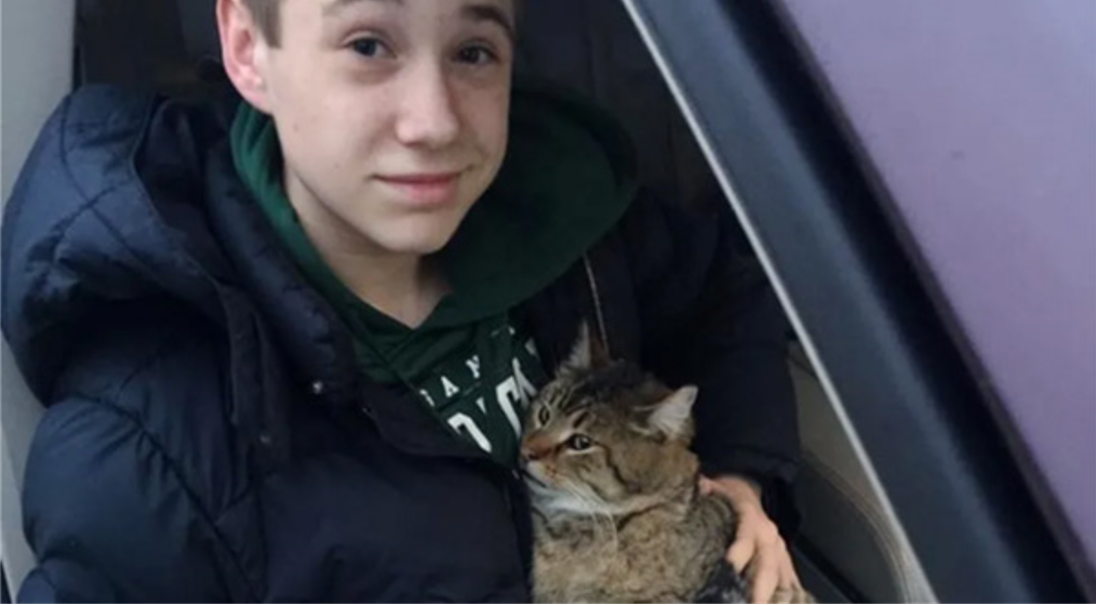 «I don’t know what shocked me more, the cat being thrown out the window of a moving vehicle on Route 196 or my son getting out of my car on the freeway to save a cat. »

The cat snuggled into Gavin’s arms, who hugged it tight and continued to pet it to show it would not be harmed.

«Gavin was not letting go of his new baby,» says his mom. “The bond was instantaneous and he was very emotional. » 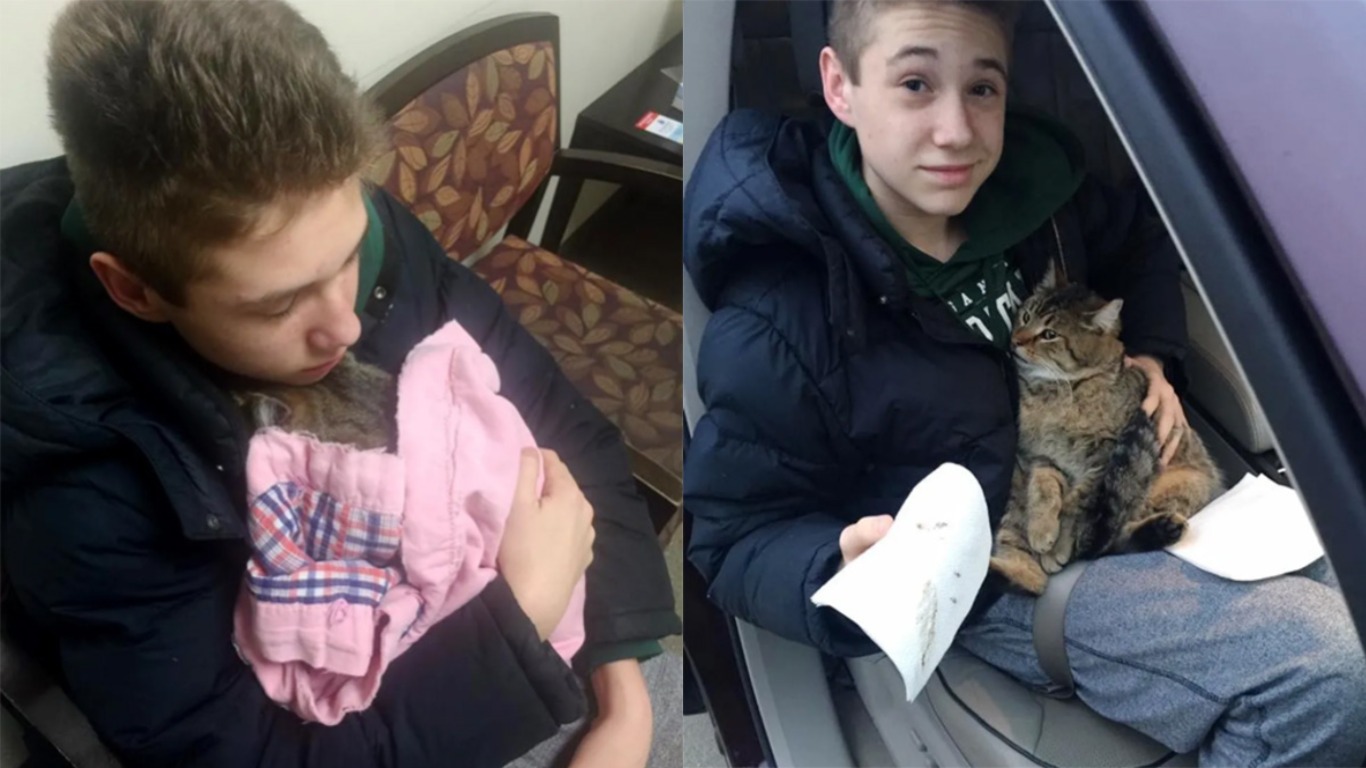 They quickly took the cat to a veterinary hospital where he made a full recovery. Gavin and his mother adopted the cat and decided to name him Lucky.

«Lucky is well aware that Gavin saved him and their bond is indescribable,» Erin Brown said. «He’s the sweetest cat we’ve ever met! He is very playful and simply adorable! »