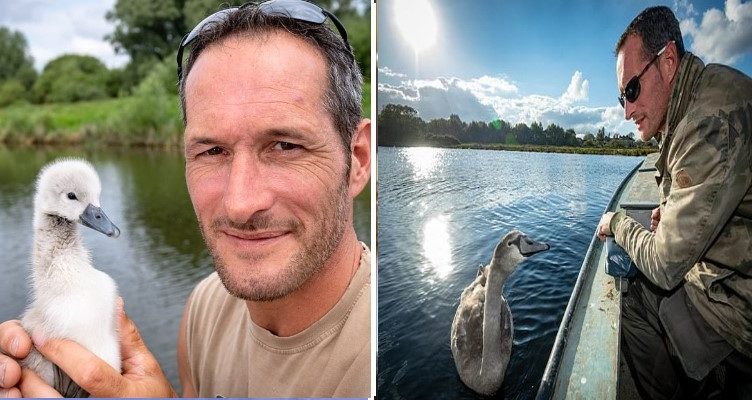 In the UK, a man named Rob was taking a boat ride on a river near his home. He spotted a baby swan in the thicket near the shore. The chick was injured and weak, and there were no other birds nearby. The man decided to take the baby swan with him so that he would not die. 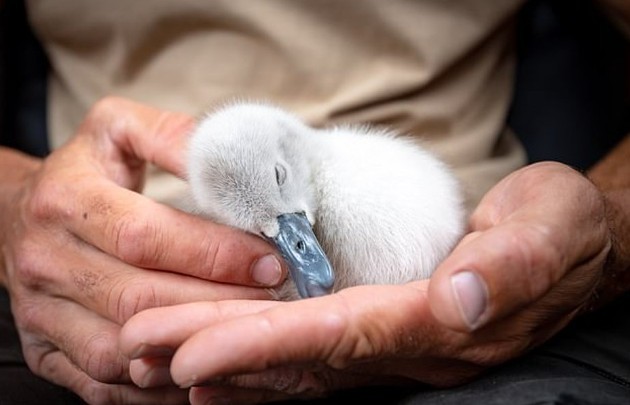 He fed and cared for the chick, spending a lot of time with him. Rob confessed that even at night, the swan didn’t want to be left alone in the box and screaming, and that when he took him to his bed, he immediately fell asleep. He used to take Cindy (that’s the swan’s name) with him when he was boating.

The swan became very attached to the man, apparently mistaking him for his mother. He also befriended Rob’s puppy. There has been no difficulty with that. 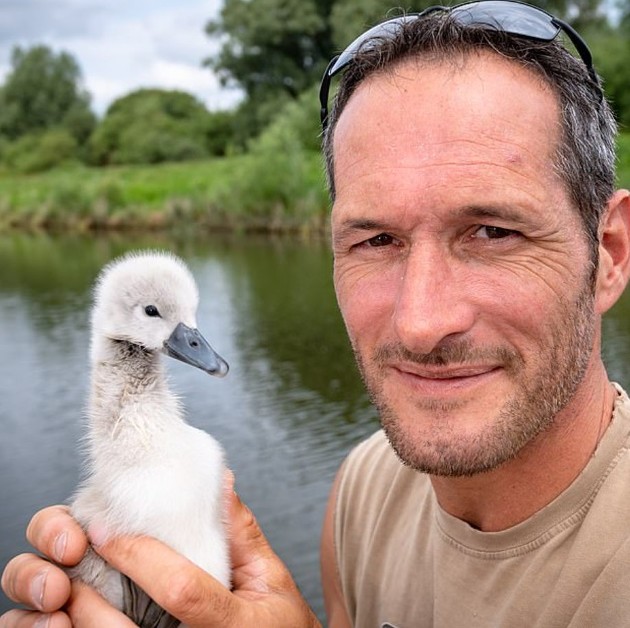 After a few months, Cindy was older and Rob decided to entrust her to a special society where wild birds are bred and prepared for life in the wild.

He was surprised when Rob got the call a few months later to take Cindy back. According to the center’s staff, she didn’t want to adapt at all, was homesick and had recently started refusing to eat. 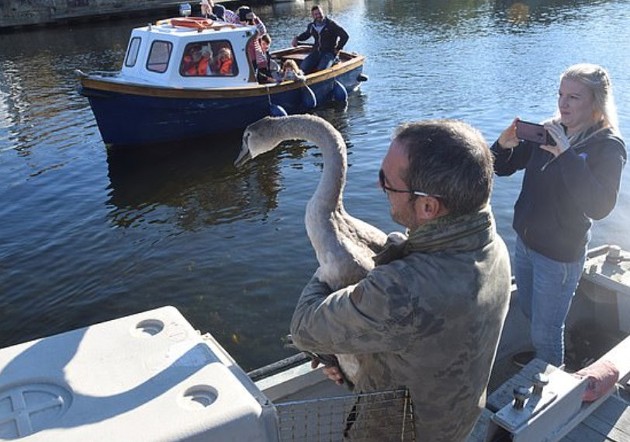 Rob arrived and Cindy reacted immediately to his voice. It was a very touching moment.

We had to take back the swan! Rob confessed that deep down, he missed his feathered friend too. Specialists gave the man advice on how to keep him. Little by little, Cindy got used to the river and began to spend the night there. 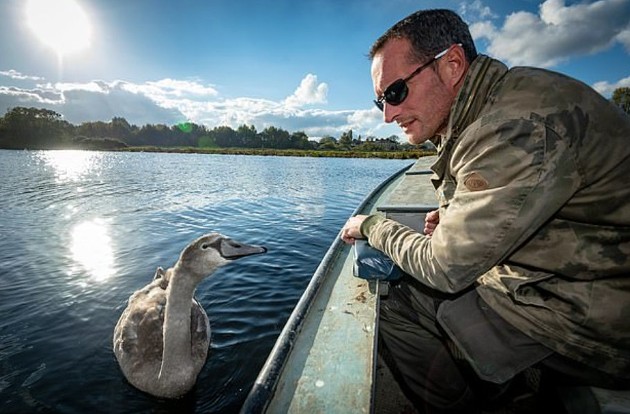 The man visits her every day and together they take long walks on the river, Rob in the boat and Cindy always sailing by his side.