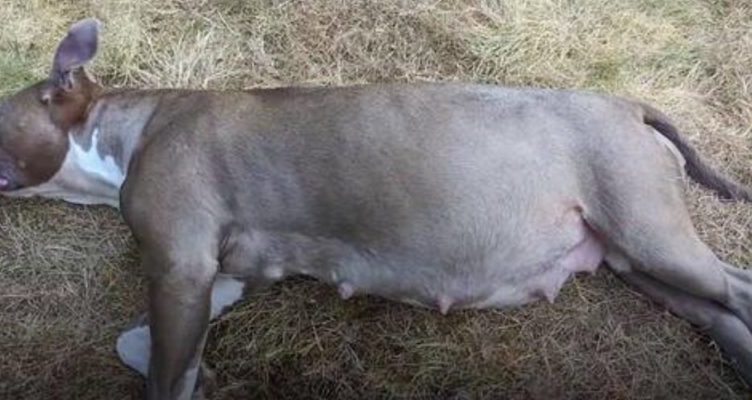 All those who rescue an animal do so to give it a new opportunity in life. It is a more than laudable act and even more so when she is a dog about to be sacrificed, as this couple did.

However, they were unaware of the long road they had to face and that saving one life would be the portal to saving many others.

Kaya is the name of the dog that came into the life of her new adoptive parents to fill her with a lot of love and above all, with little footprints that would forever mark her life. 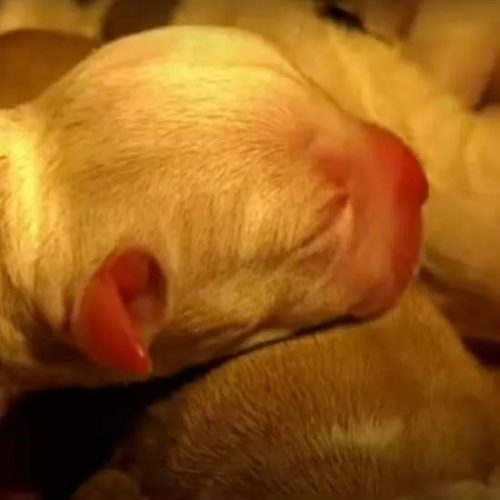 They rescue a dog that was to be euthanized and are shocked to discover that she was pregnant.
rescue
When the dog was adopted she was pregnant but no one knew. Her pregnancy not only surprised the couple, but also the number of puppies she brought into the world in a single litter. Kaya’s adoptive father commented:

“We had no idea. No one had any idea that she was pregnant. She was at the shelter scheduled to be euthanized. Nobody wanted her.» 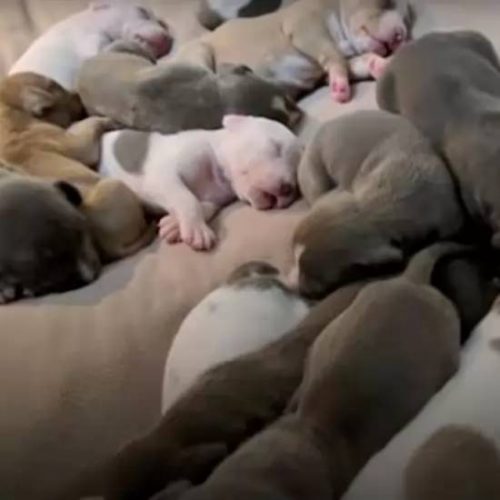 At first the couple thought they might be overfed the dog and that’s why she gained weight, so they took her to the vet to get checked out, to her surprise, Kaya didn’t have a few extra pounds, she was pregnant.

The days passed and Kaya began to get much more tired, her adoptive mother knew that she was nearing the time of delivery. In this regard, she said:

“Near the end, when her belly got really big, she got really tired. She would just lie down or roll on the grass because that seemed to help her recover.» 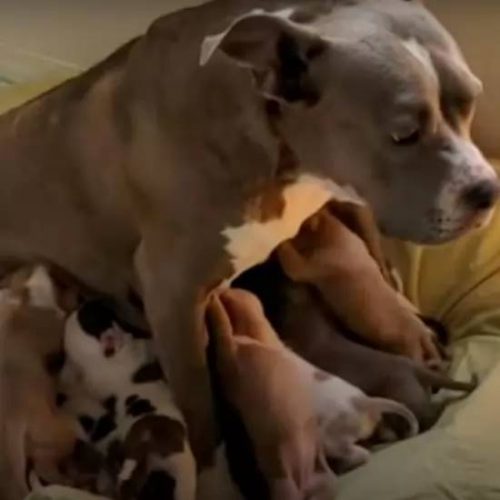 The big day arrived and Kaya began her labor very early, 8 adorable puppies came into the world safe and sound, the couple thought it would be the end but the dog ended up giving birth to a large litter.

“We thought she would have a normal size litter,” said Kaya’s foster mother.

The dog surprised her adoptive parents with a huge litter of 16 puppies, it took two and a half days for her to labor. Just when the couple thought the last puppy had been born, Kaya would surprise them with a new one. 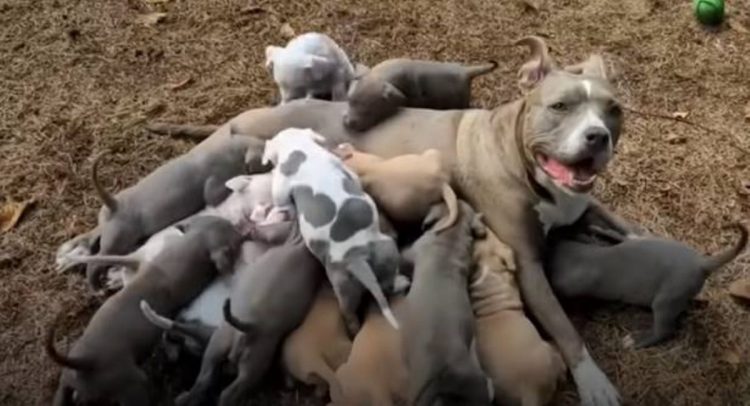 “She was very calm and relaxed, so we thought she was done. We said, Ok, we have 15 puppies, but half an hour later, the loud panting came back, and then number 16.”

Of the large litter, two puppies were stillborn, the rest were born healthy and with a lot of energy to discover the new world that surrounded them. Kaya’s adoptive father noted:

“Sometimes that happens in big litters like that. We were so happy that many of them were so healthy.»

After a long day of labor Kaya was exhausted, however, she found strength and tended to her puppies. The couple took turns helping her in whatever way was necessary. 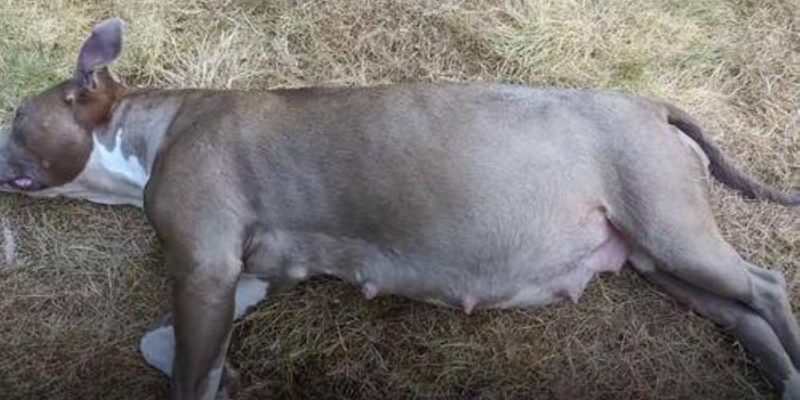 The days passed and the puppies grew by leaps and bounds, Kaya proved to be a great mother, she cared for them, fed them and taught them how to have fun, the pups always followed her and were attentive to every step their mother took who in a short time taught them to dig.

When the puppies had some independence they were given up for adoption, luckily, they all managed to find loving families where they spend their days enjoying the comforts of a real home and the endless love of their foster parents.

The couple decided to keep one of her children, little Sefina, who spends her days doing mischief and sharing with her mother. 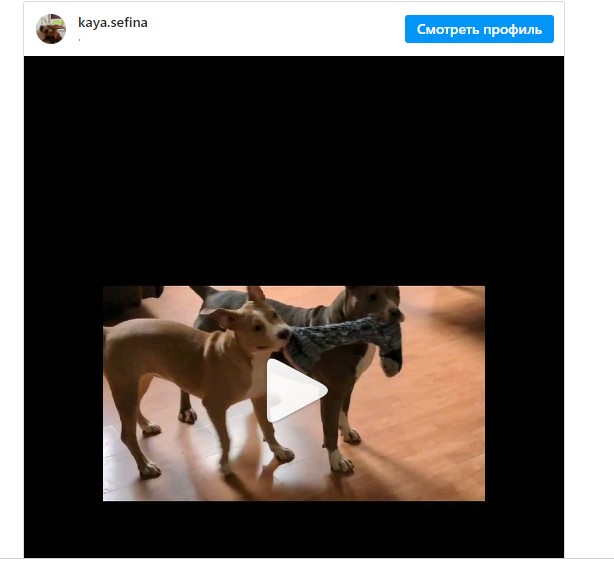 This furry girl managed to enjoy a new opportunity thanks to a couple who unknowingly ended up saving many lives. Her happiness increased when they managed to find loving homes for all the puppies.

“We were able to save 14 lives just by wanting to save one dog,” said Kaya’s adoptive father.

Each rescued puppy has a story, a past that is often uncertain, for them the only thing that matters is being able to penetrate the heart of a family that loves them unconditionally and treats them with all the respect they deserve.

Don’t hesitate to give a vulnerable furry a second chance. Not only do you save a life, but you will have an unconditional companion by your side who will show you what true love is.