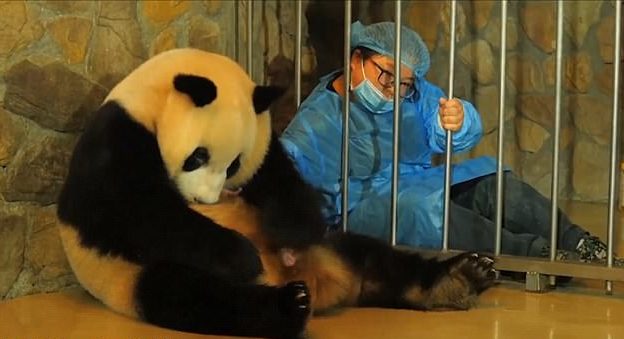 Although in most cases we do not agree with places where animals are kept in captivity, there are times when for protection they must be under the care of humans. Giant pandas are endangered and many are in preservation enclosures in captive breeding programs.

Chengda is a giant panda living in captivity at the Chengdu Giant Panda Breeding and Research Base in southwest China’s Sichuan province.

The ovulation period of panda bears lasts approximately one year. This means that they ovulate once a year; usually in spring, so they focus all efforts so that the females can get pregnant at that time of year. A few months ago, she started showing signs of pregnancy, which was great news for everyone. 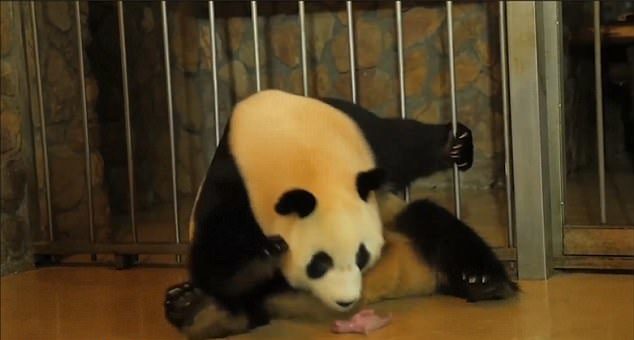 A few days ago another panda, Huan Huan, in France, was known to have given birth to twins, only one of which survived. You can remember the news here.

Now they only had to wait between 95 and 160 days, which is the gestation period.

On the day of delivery, she was very restless from early on, after a while she ruptured membranes and the staff was attentive, following up so that everything went well. And so it was, she at one point she sat up and went into labor. 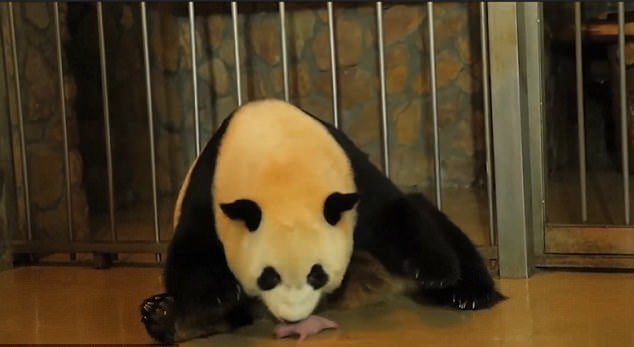 Holding onto the bars of her cage, she adopted the most comfortable position to give birth.

One of the female workers kept her company, and finally the first cub shot out of her. She picked him up from the ground and began to lick and hug him, the surprise is that minutes later she gave birth to a second baby, whom she also received with care and care. 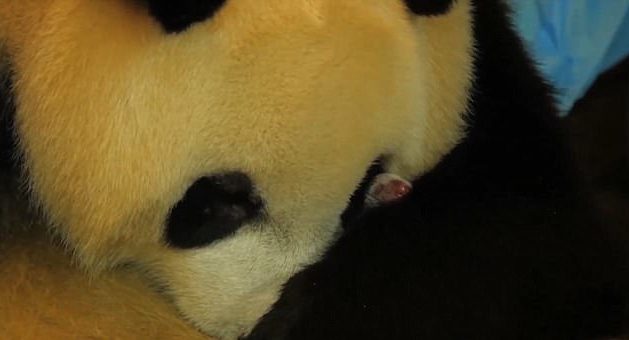 The best part is that by Hong Kong standards, they were both born in perfect health, which delighted all the workers in the compound. Also, Chengda our proud mother was able to feed them equally without any problem.

In this case we see that the captive breeding program was successful, in fact in China it has had very good results, a census carried out in 2015 showed that they have managed to increase the population by seventeen percent.

We hope that they continue helping to preserve the species, and that the birth figures increase each time, until they are no longer an endangered species and all can reproduce in their natural habitat. Furthermore, we wish these two new puppies to grow up strong and healthy.

Share this story so your friends can marvel at the birth of two new pandas.