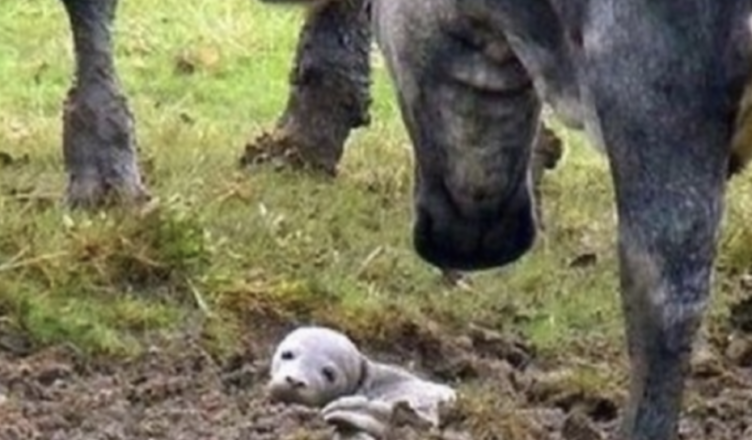 The staff at “Skegness Natureland Seal Sanctuary” were faced with a testing situation when they received an emergency call from a man named Ian Ellis, writes ilovemydogsomuch

Apparently, Ian had been bird-watching on the RSPB Reserve at Frampton Marshes, when he witnessed something unusual through his telescope. 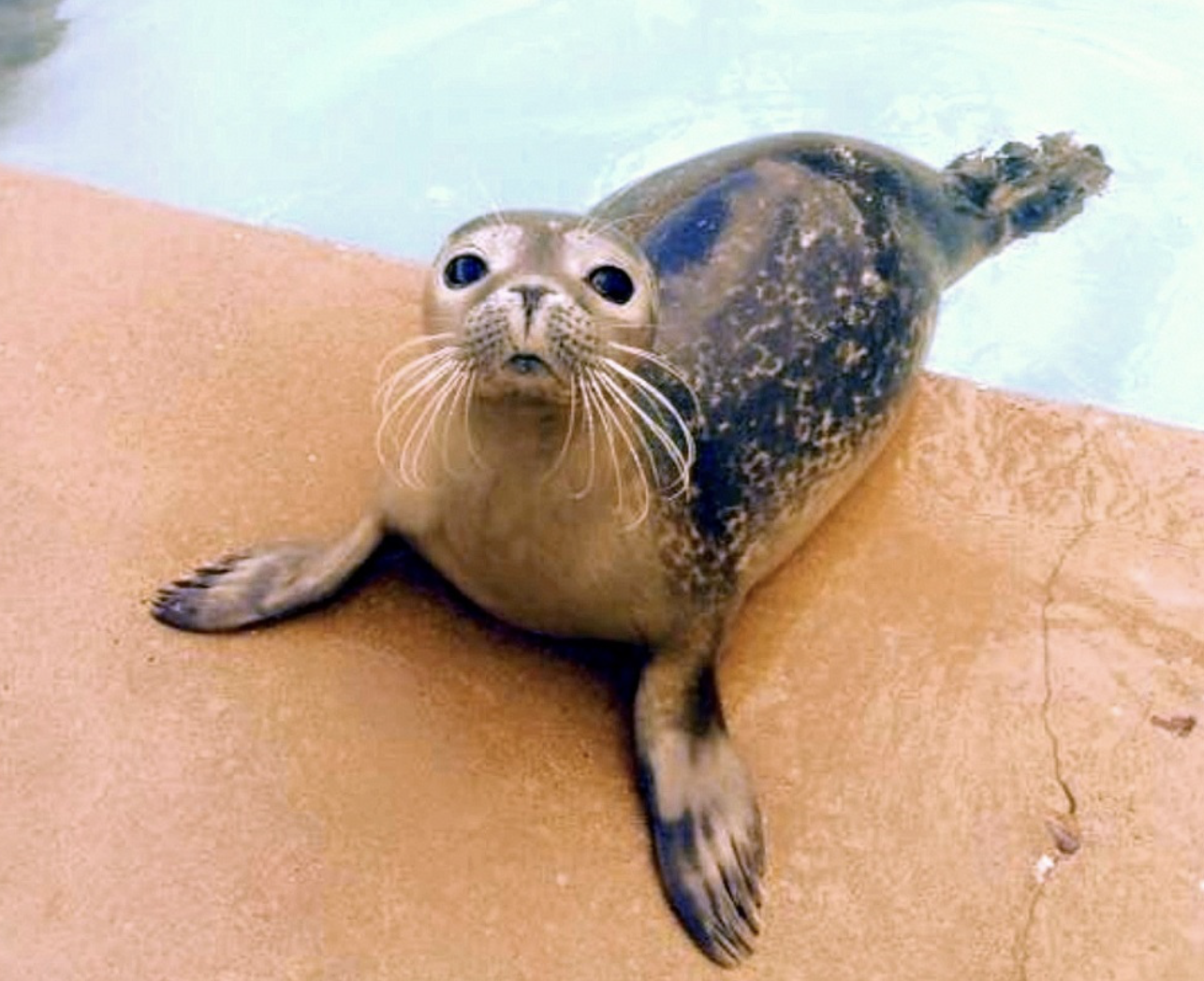 Ian had discovered a massive herd of over 30 cows surrounding a stranded, unconscious pup. The poor creature was lying buried in the marshy soil, while the cows looked on anxiously as they wondered how to help the distressed baby.

Considering the lack of time and the uncertainty of the situation, the sanctuary workers provided Ian with crucial instructions on how to navigate around the herd and retrieve the baby.

When he got a better look, he was shocked to realize that the creature was not a pup, but rather a baby seal! The next hour was tense, but the 67-year-old animal lover meticulously followed the workers’ advice and successfully hauled the traumatized pup to safety! 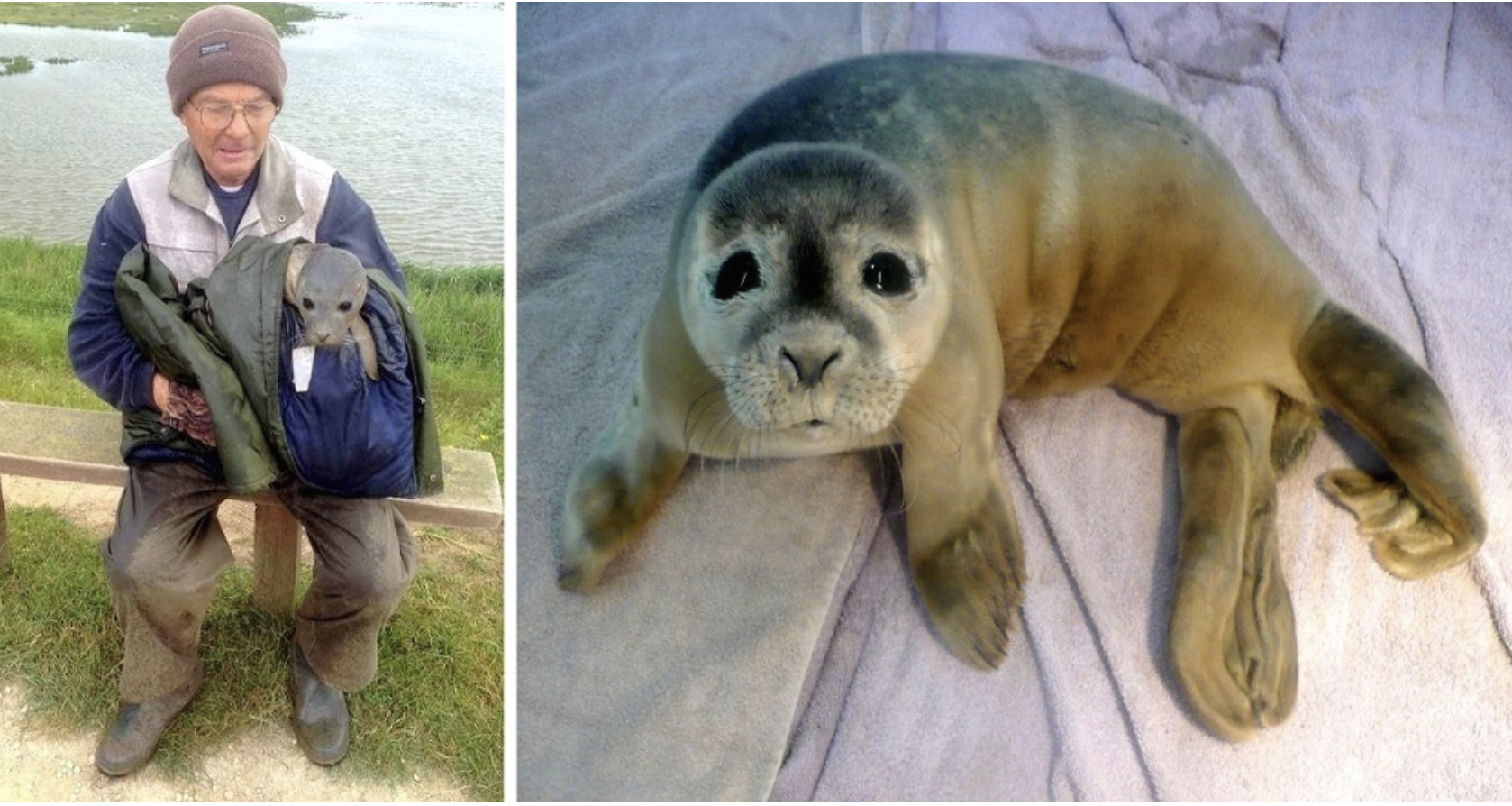 The baby seal, later named Celebration, was rushed to the sanctuary’s hospital in a dehydrated and lethargic state. She was just 5 days old and most likely was orphaned. The vet speculated that Celebration ended up in the marshland after being swept away in a high tide. For the next few days, the baby seal was on hydrating fluids until her health eventually stabilized.

Celebration is too young to feed on her own in water, so she cannot be released into her habitat yet. Another pressing issue is her respiration trouble, for which she is undergoing an antibiotic-based treatment. Celebration is already mingling well with the other pups in the sanctuary, and it’s only a matter of time that she makes a full recovery! 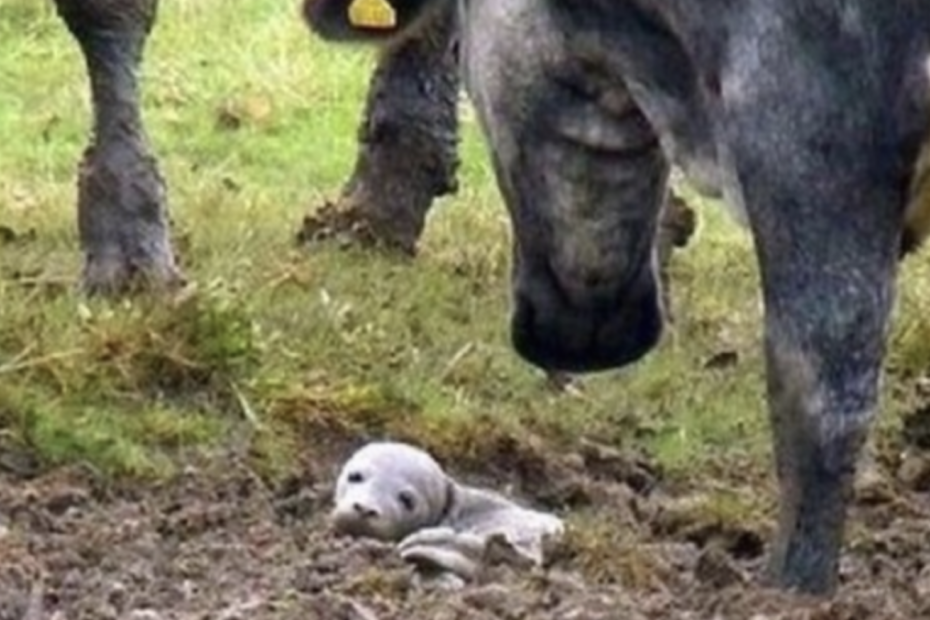 Click the video below to watch how getting noticed by cows helped the dying baby seal find help.