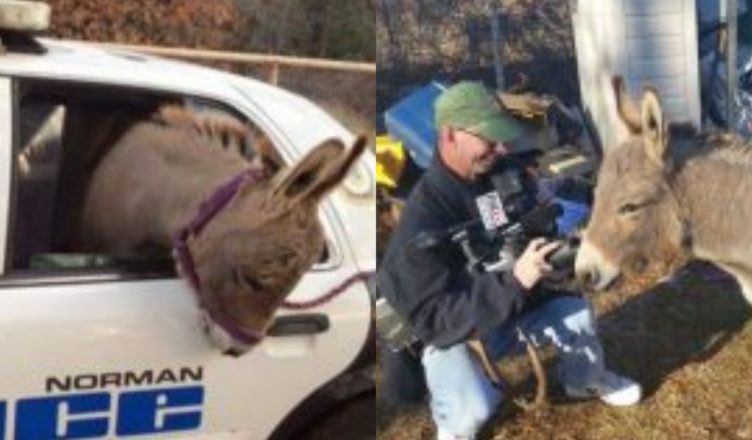 A woman from Norman, Oklahoma saw a scared donkey stսck in in the middle of the busy highway! The woman, Robin Strader, with no hesitation stopped the vehicle and helped the donkey, writes www.thepetneeds.com 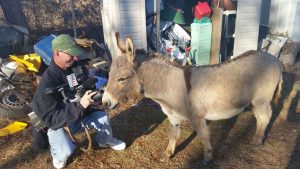 The woman was able to calm the animal down by taking it off the road, and she then contacted the Norman Police Department for help. Kyle Canaan, a police officer, arrived at the scene a few minutes later, and he came up with a great, different idea! It was so hard to wait for a proper vehicle to pick the donkey, who was named Squishy, up, so, the officer put him in the patrol car! 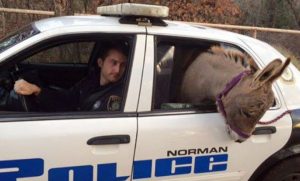 Squishy, who did nothing wrong in the car, was then moved to Robin’s home, where he will be fostered until his owner will be found! Canaan also showed his interests in adopting the donkey, if he has no owner! What a great idea to save a scared animal! Watch the video below.