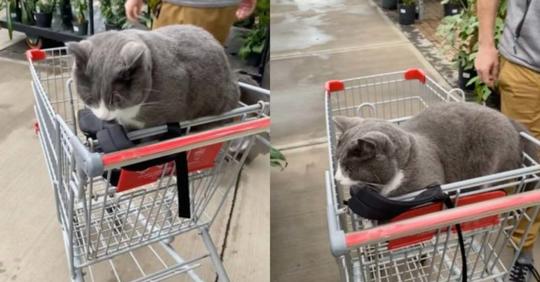 Christine Gray was doing her usual errands before returning home when she saw the kitten. Even though she did some shopping, she knew she wouldn’t be going home right away when she saw him. 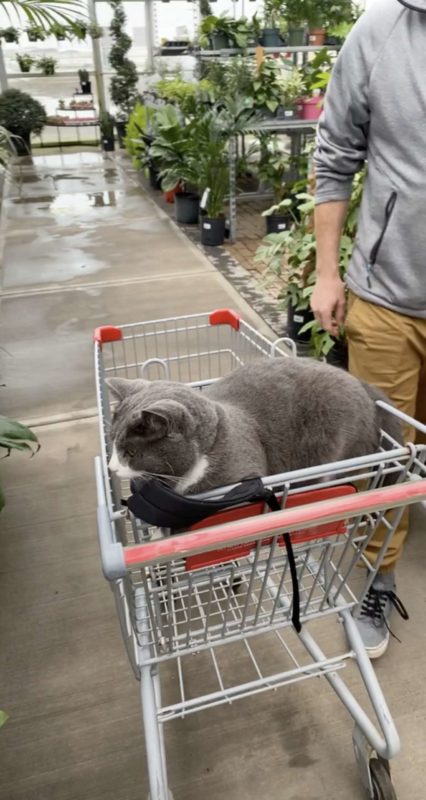 Gray said he was just sitting there alone.

It’s Boots, it’s good and will probably jump into your cart. He jumped up and curled up against his purse.

Gray was glad Boots chose her. He just asked her to stay and she didn’t mind. 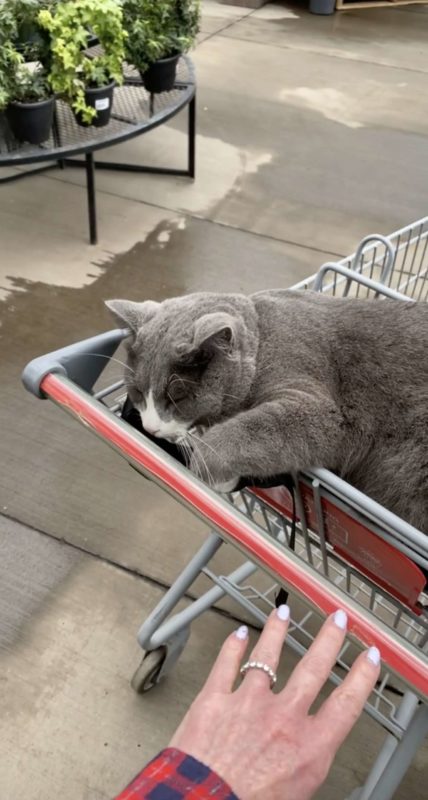 Gray happily drove Boots into the store and the cat enjoyed the ride. She didn’t know how long he would stay on the cart, and even though she was about to leave, she hoped he would stay a little longer. Gray said he was happy it was in her basket and she was petting him. She also tried not to upset him by petting him a lot because she didn’t want him to leave.

Boots stood there for 15 minutes and then left. He was an ordinary store cat who liked to attract the attention of people entering the store.

Gray says the cat felt very good and it was obvious that he did it often.