Cats are sometimes said to have “nine lives,” due to their ability to always land on their feet. But the same can be said about one dog, who bravely escaped from a burning home by leaping out the window from the second floor.

According to NBC Philadelphia, a man named Justin Steinmetz spotted a smoke-filled home in Fleetwood, Berks County while driving to work. The home had no people inside — the adults were at work and the kids were at school — and Justin frantically tried to get help.

He got another driver to call 911 and started trying to put the fire out with a hose, to no avail. Firefighters soon arrived to combat the flames.

But the situation took a dramatic turn after the family’s dog, Charlie, appeared in the home’s second-story window, desperately trying to escape.

But the situation took a dramatic turn after the family’s dog, Charlie, appeared in the home’s second-story window, desperately trying to escape.

The firefighters coaxed Charlie into jumping out the window, the only way to safety. In a dramatic moment captured on video by Justin, the dog makes a brave leap. While he had been charred by the fire, he made it out alive. 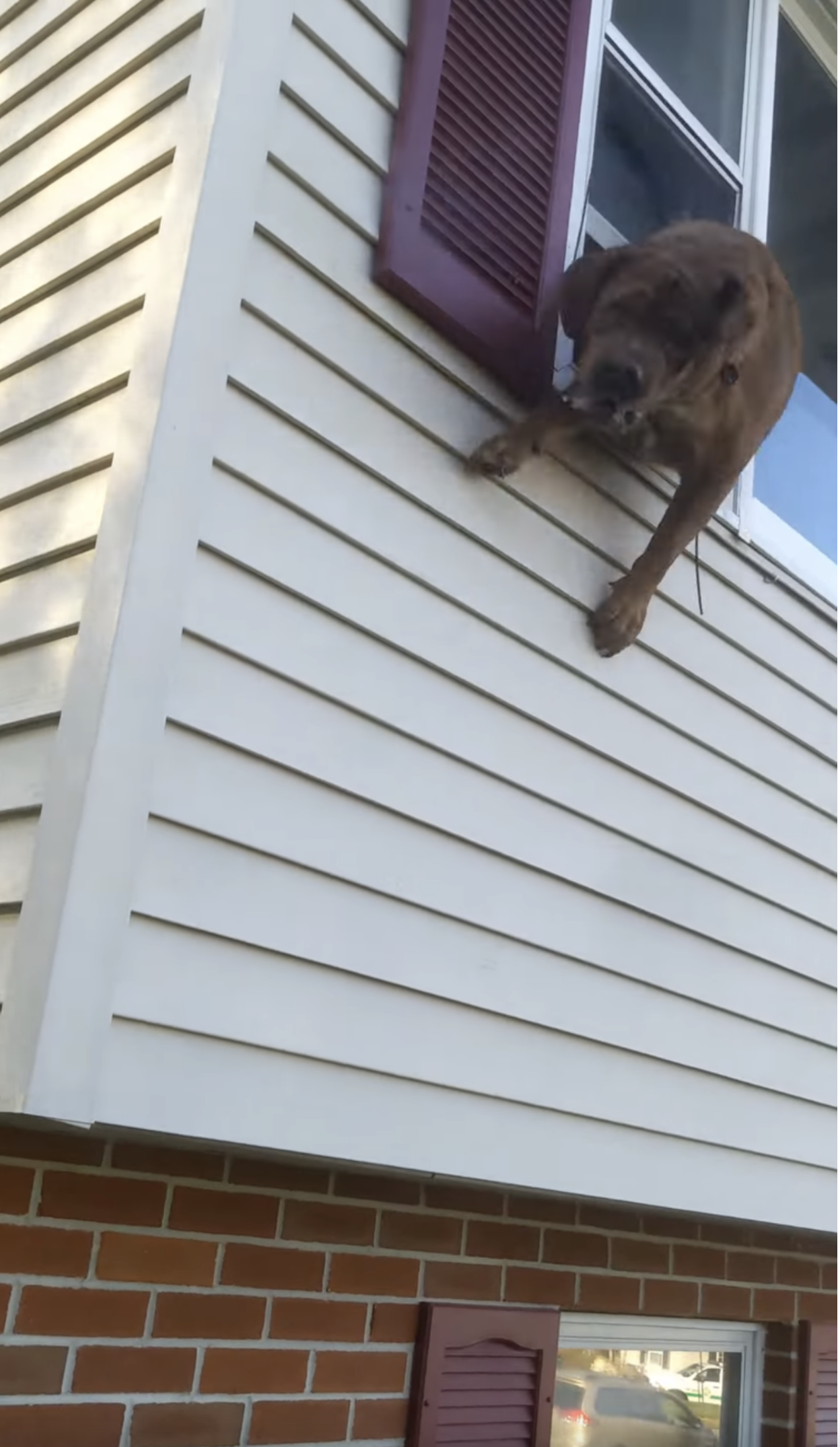 The family’s other dog, and their two cats, were also found on the scene after managing to escape the home.

While it’s great the pets survived, the homeowners, identified as the Stump family, “lost everything” in the fire. A GoFundMe campaign was set up to help them get back on their feet after losing their home. 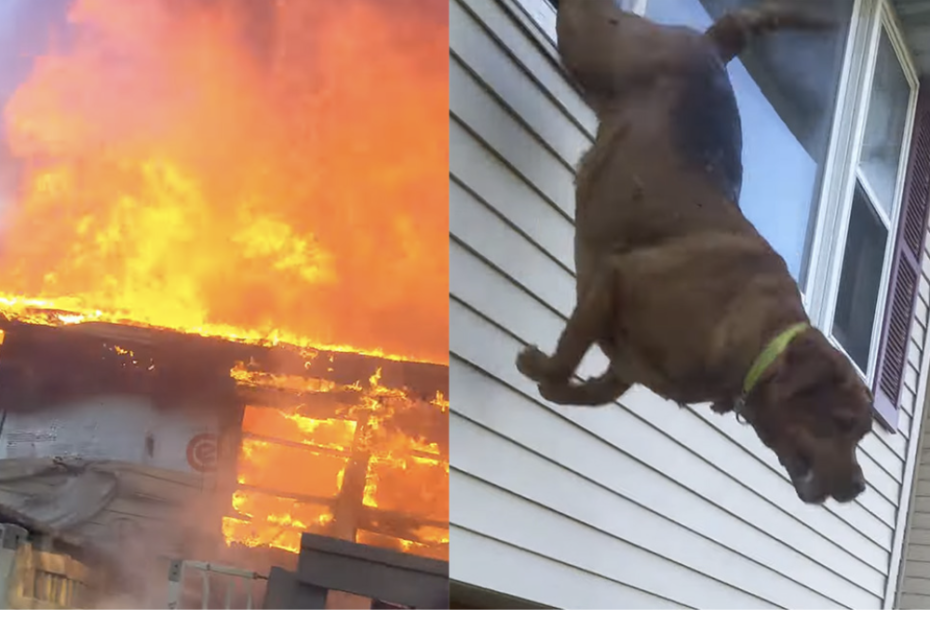 “We are very grateful they are ok, but are painfully aware that their lives will be significantly impacted as a result of the devastating fire to their home today,” the site reads. The page has raised $40,000 for the family.

But Justin, who runs a farm and says he will be lending the family some baby goats for “goat therapy,” says the pets’ survival is a major silver lining.

“I feel blessed that the animals got out alive, that’s the big thing,” he told NBC.