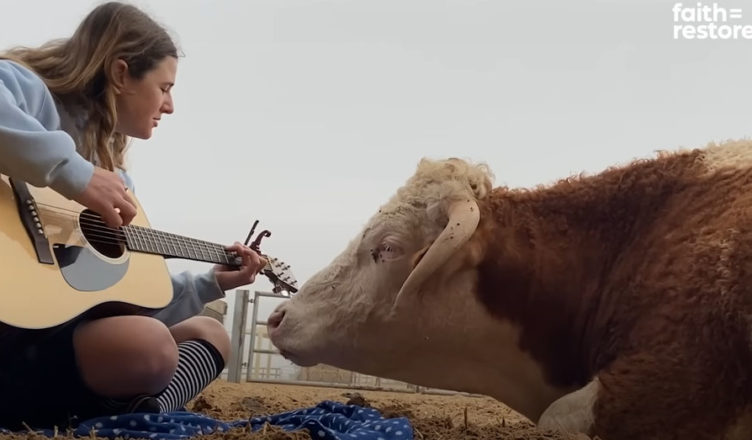 Music can influence people and animals effectively — it’s the right language to use when all else fails. Songs can touch and soften someone’s heart. For animals who have undergone trauma, you can use music to slowly put down their guard — a very powerful tool to break their wall of distrust and fear.

A member of a nonprofit organization, Freedom Farm Sanctuary, used music to win over a tiny rescue cow. Shani Allouche was determined to build a relationship with Nir, but the cow prefers to stay away from humans.

“I was told he was afraid of people. I decided I will sit next to Nir for at least 30 minutes. I just wanted him to become comfortable with my presence,” Shani shared. Nir has struggled with a foot problem since the cow was young. 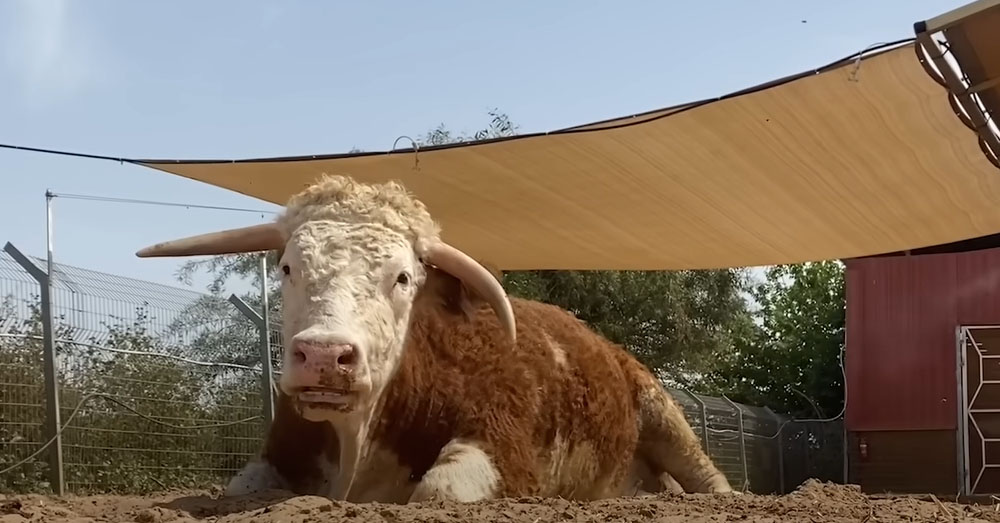 When the farm sanctuary received news about Nir, they did not hesitate to prove that the team could rescue him. Even though they still haven’t met Nir, the organization already planned to provide him with the best medical assistance. Part of their plan was to build a custom prosthetic leg for the tiny rescue cow.

“We drove up to him and took measurements of his stump so that the prosthetics will be ready for him when he will finally arrive at us,” Shani narrated. It was a generous plan for Nir, and the sanctuary executed it well — they have given Nir the chance to live a better life.

As Shani has shared, it wasn’t an easy start with Nir because he was scared and suspicious. The team had to wait for Nir to become comfortable enough to put the prosthetics on his leg. After the operation, Nir got too excited and immediately tested the prosthetics. The once anxious cow ran around, happy with his new leg.

Nir enjoyed the farm even more as he gained new friends. He was friends with Nina, the dog, and the rest of the cows on the farm. Everyone welcomed him wholeheartedly — it was nice to see a forlorn cow turn into the happiest one. Shani was amazed at the sudden changes in Nir’s life.

The two even got closer through music — they have created a certain routine involving a guitar and a lovely song. Nir’s anxiety being triggered by a human was healed through music. Shani went from sitting beside him every day for 30 minutes to scratching his belly after weeks of serenading Nir. 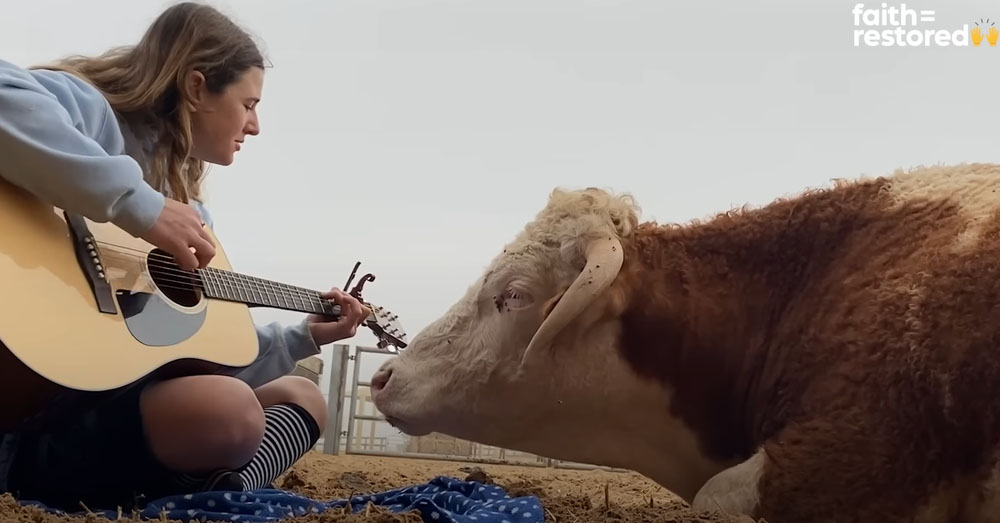 “It was amazing to see him more comfortable with me, and slowly we formed a special bond,” Shani shared. “At the moment, I am the only person Nir allowed to go near him. My goal is to release his fear from humans completely,” she continued. Nir must have felt that the actions shown by Shani were genuine love and care.

The farm sanctuary understands how overwhelming changes are — they must be patient with Nir’s view about other humans. Thankfully, Shani is around and determined to introduce Nir to new human friends.