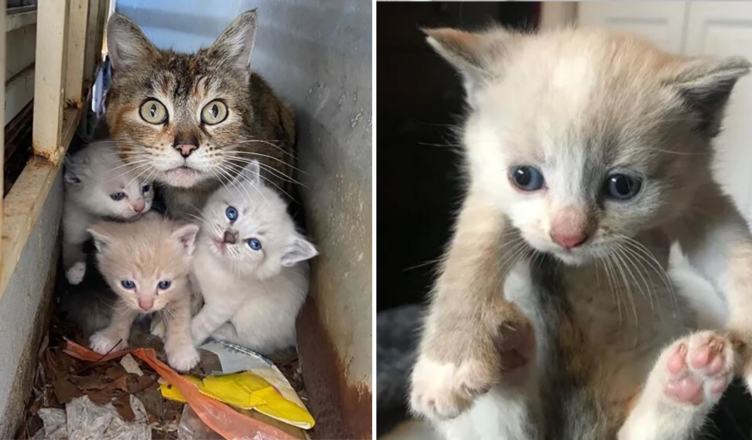 AFTER HOURS OF SEARCHING, SHE FOUND HER SHIELDING HER KITTENS BEHIND SOME METAL BARS.
After receiving an urgent call regarding a Momma cat and her four kittens, a rescue team from Little Wanderers NYC rushed to the dirty backyard in the Bronx to investigate. 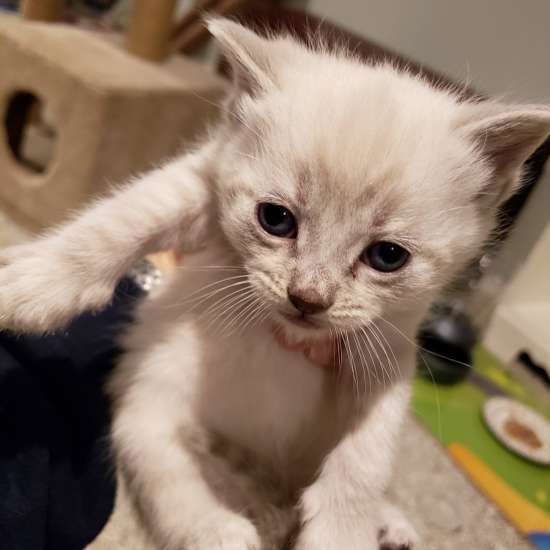 They found her in a dirty backyard doing her best to protect her kittens. If ever a feral family needed rescuing it was this one.

The area was not safe for the Mom, let alone her kittens, they would all have to be moved as soon as possible. Ariana, a volunteer with the group was soon on the scene. 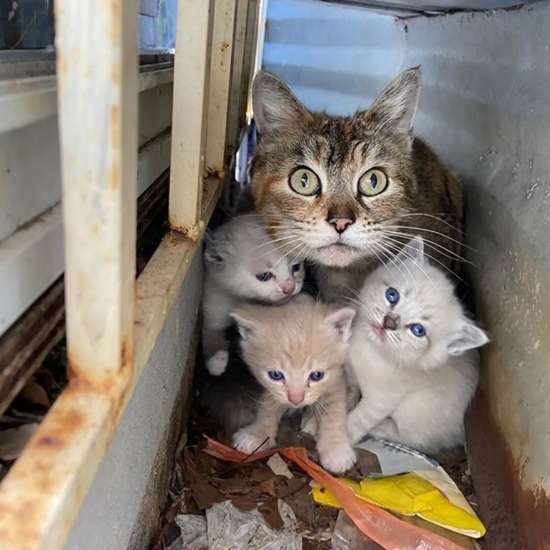 After hours of searching, she found them! Mom was doing her best to hide behind some metal bars, trying to shield her kittens from view.

When Ariana approached Mom took off, leaving the kittens behind. Wasting no time Ariana scooped them up, however, she was keenly aware this rescue would not be complete without securing Mom too. She hung around for a while in the hope Mom would come back, but the wait was in vain. Before leaving she set a humane trap along with some food planning to come back in the morning.

After the kittens were brought to safety, Antoinette C, a foster volunteer stepped in to give the kitties a home. The four-week olds were soon washed, deflead, and fed. 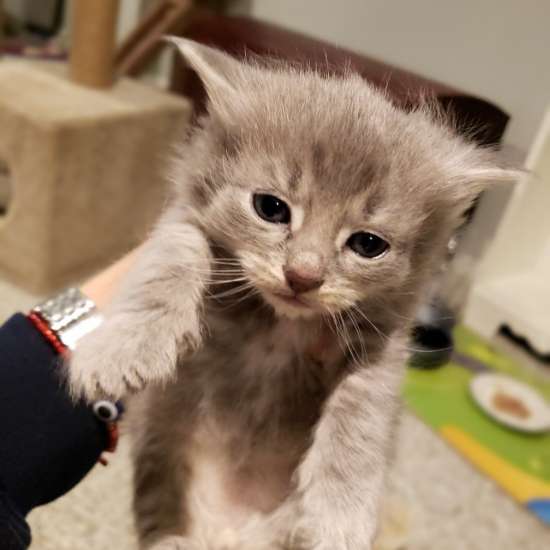 Unlike their Mom, the kittens showed no fear of humans and quickly adjusted to indoor life. Highly curious they also took to a comfy warm bed in no time at all.

“We have three boys and one girl. First up is Sterling, followed by Sutton and Silas (all boys). The sole female is Savannah,” Antoinette said. 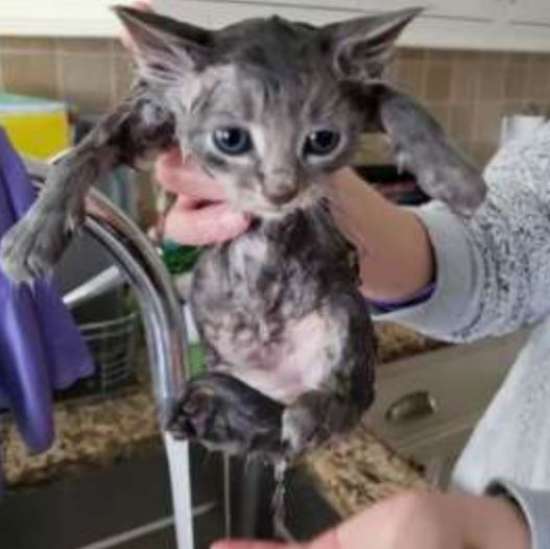 Meanwhile, Ariana was back in the Bronx the next day hoping to find the Mom.