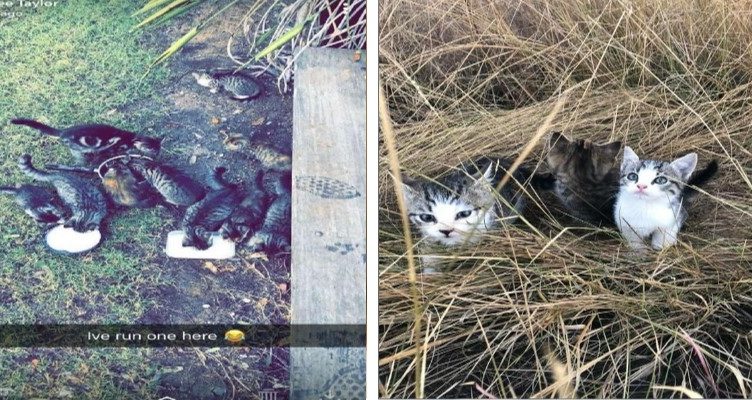 The story takes place in Australia, in a city in the state of Queensland. One day, a girl named Bree went for a walk with her dog. She followed her usual path, but this time fate threw her a certain challenge. 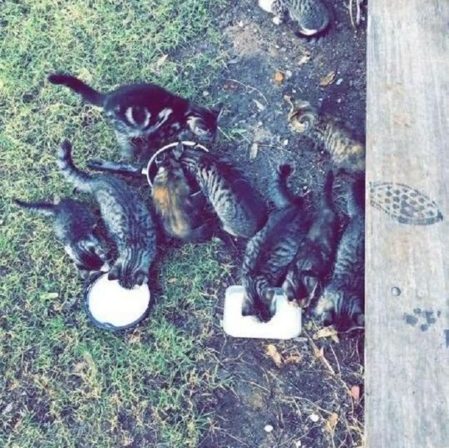 On the way back, when she was about a mile and a half from the house, Bree noticed ten little kittens on the sidewalk. They were all sitting together, huddled together. When Bree approached this «gathering,» the kittens showed no fear of either Bree or her dog. On the contrary, they looked into her eyes. The girl thought the kittens were hungry, but she had nothing on her.

In short, the girl decided to help the kittens. She decided to come up with a plan: she would run straight home, call the animal rescue service, and they would come to pick up the kittens. But things didn’t happen that way. 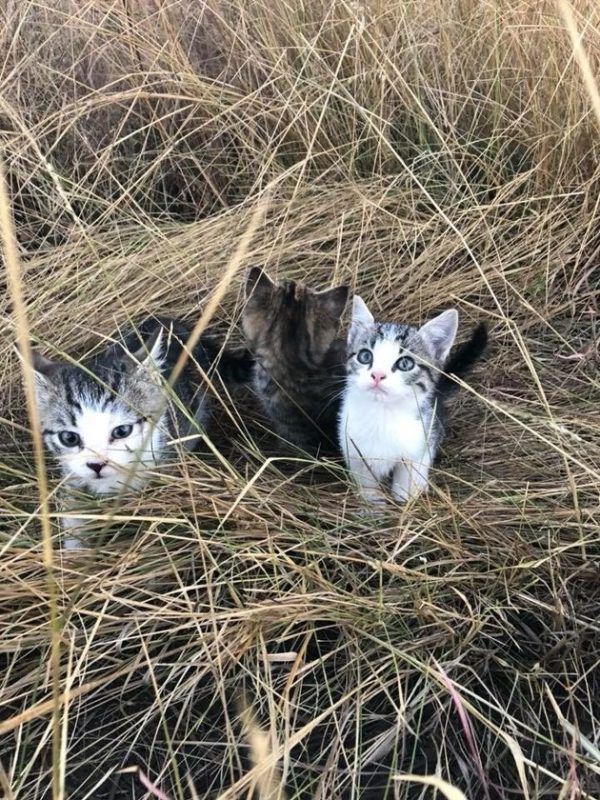 As soon as she got home, the kittens followed her. Bree later remembered that, from the outside, their procession must have looked fun: a girl, a dog, and ten little kittens. Halfway through the course, Bree noticed that one of the little ones was starting to fall behind, until he stopped completely. Apparently, he was the weakest and simply exhausted. Of course, the girl did not leave it, but picked it up and carried it.

Eventually, they arrived at Bree’s house. She immediately filled them with food and gave them clean water, but they didn’t eat much. The girl realized that what they wanted most was love, care and affection. 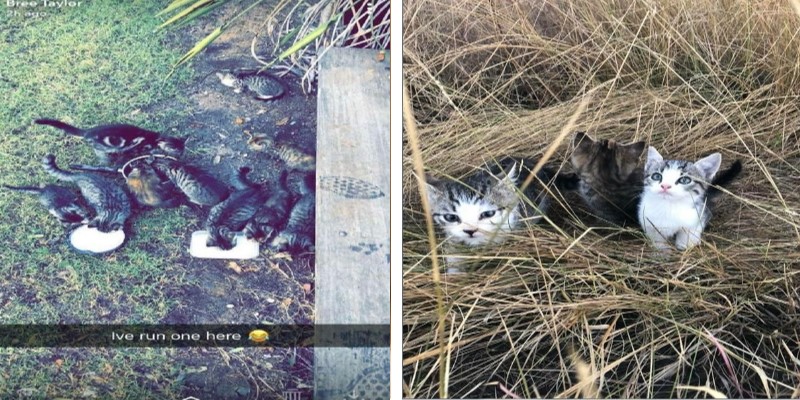 Of course, she could not leave such a «herd» of kittens. But she didn’t chase them away and ended up finding owners for 9 of them. Why 9? Because she decided to keep the smallest one she was carrying in her arms, and now this boy lives with her.

It’s a sweet and kind story.