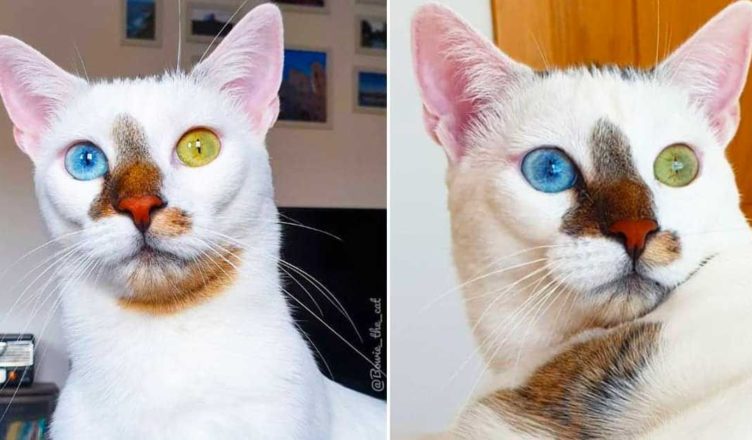 Born David Robert Jones, David Bowie was a famous singer-songwriter whose catalogue included some of the greatest songs in rock and roll history.

From “Heroes” to “Under Pressure” to “Space Oddity” to “Rebel Rebel,” Bowie’s writing and sound changed music as we knew it, and his androgynous style provided many people who had once been pushed to the margins with a voice and a champion to follow. Bowie died of liver cancer in 2016. 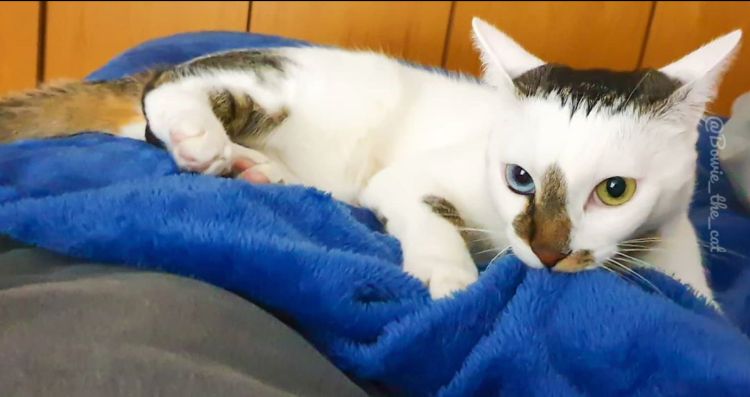 Though he will never be forgotten for his contribution to popular culture, Bowie is remembered in many various ways. One of these is by a Spanish woman named Maria Lloret who called her rescue cat after him.

Bowie the Cat is a rescue who was found abandoned in Spain in 2018. He was taken in by a veterinary clinic and put up for adoption. That’s when Maria Lloret saw him and instantly fell in love. 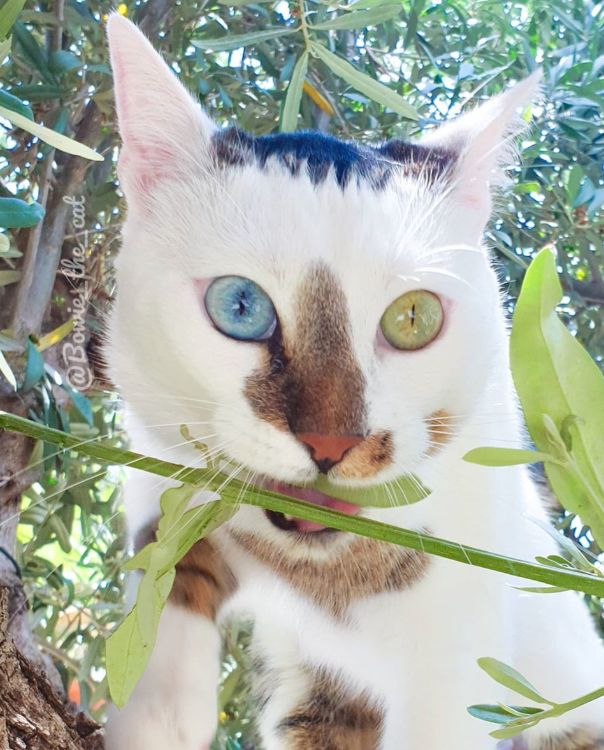 Bowie the Cat was given his name because of his two differently colored eyes. This is condition known as heterochromia. Many people believed David Bowie to have had this condition, which was what caused his eyes to appear to be two different colors.

In reality, he actually had a different condition called anisocoria, which caused one of his pupils to be larger than the other. 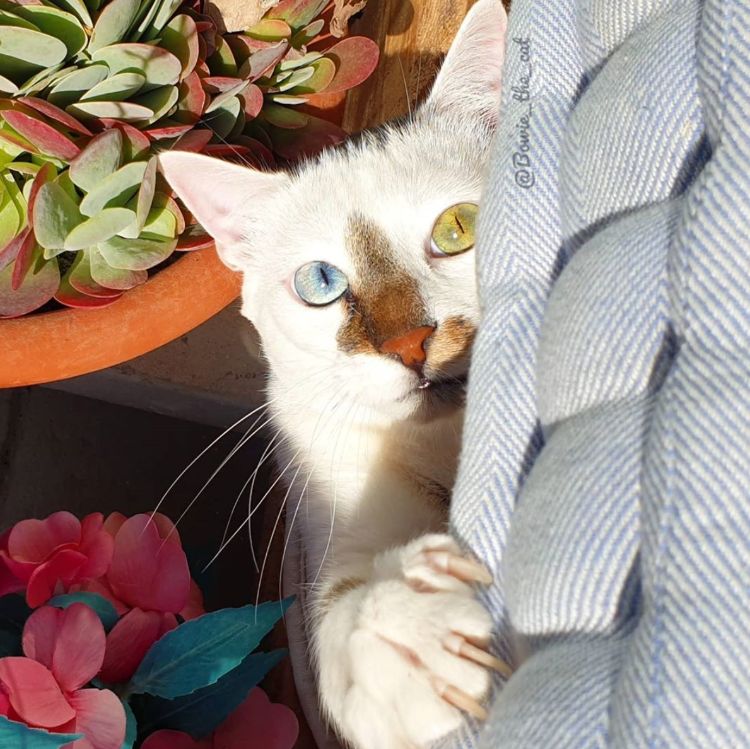 Still, the cat does bear a striking resemblance to Bowie, especially because of his markings. On the cover of his 1973 studio album Aladdin Sane, Bowie was marked with a lightning bolt just to the left of the center of his face. Bowie the Cat’s brown markings on his mostly white face causes a similar look. 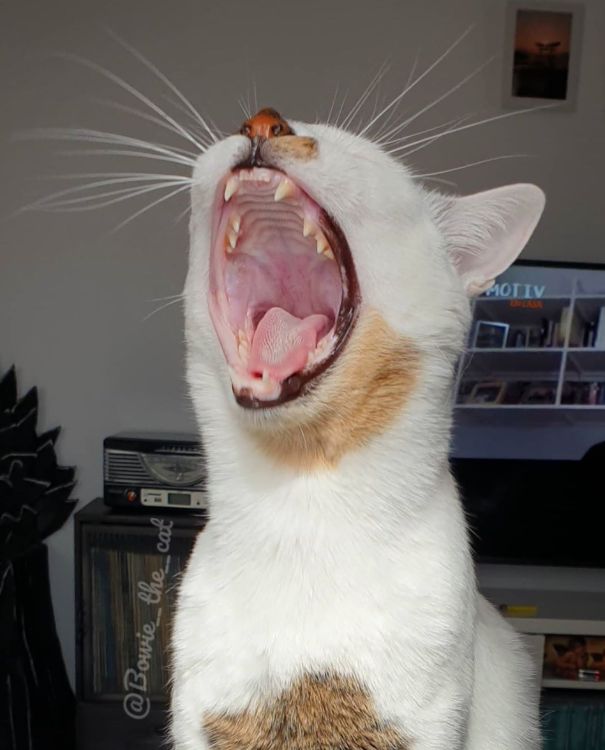 When Lloret met Bowie, she immediately became acquainted with his playful spirit and spunky attitude. She knew Bowie the Cat would be the perfect name for him and quickly adopted him. Afterwards, she began sharing photos of him online, and the world took notice. 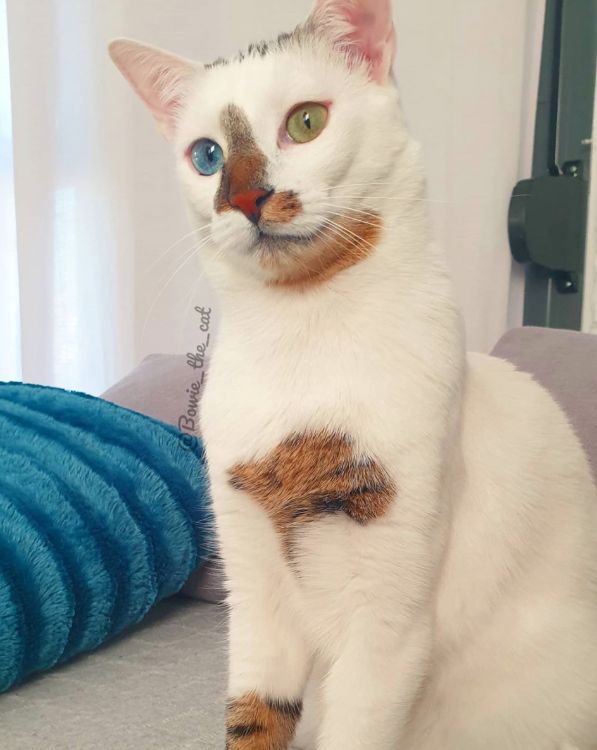 People all around the world began to get excited about Bowie’s Instagram account, which is dedicated to chronicling his life. Lloret writes captions for his photographs in Spanish with English translations. As of June 2020, he has over 35,000 followers! 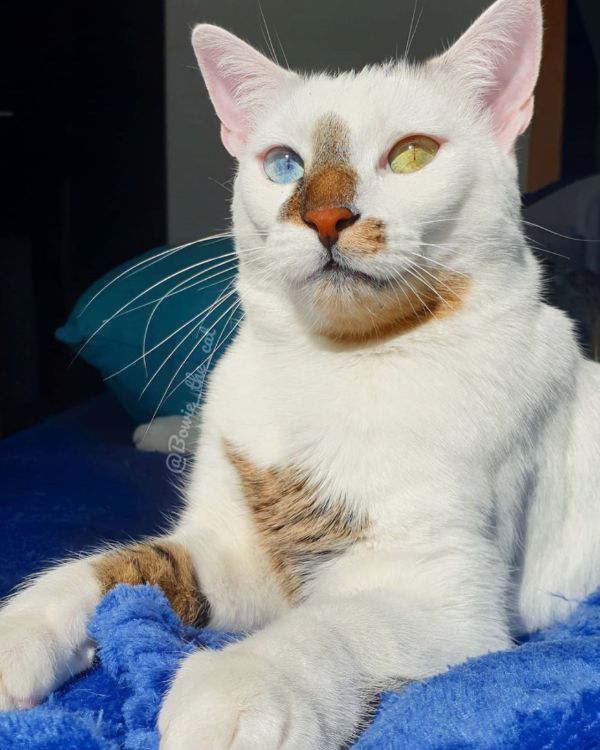 Part of the reason why Bowie’s follow count is so high is because he is very good at posing for the camera. It’s almost as if he knows how to find his light and where to look! Sometimes, when he’s been extra good, Lloret takes him on adventures outside the house and snaps pictures of him on the town. 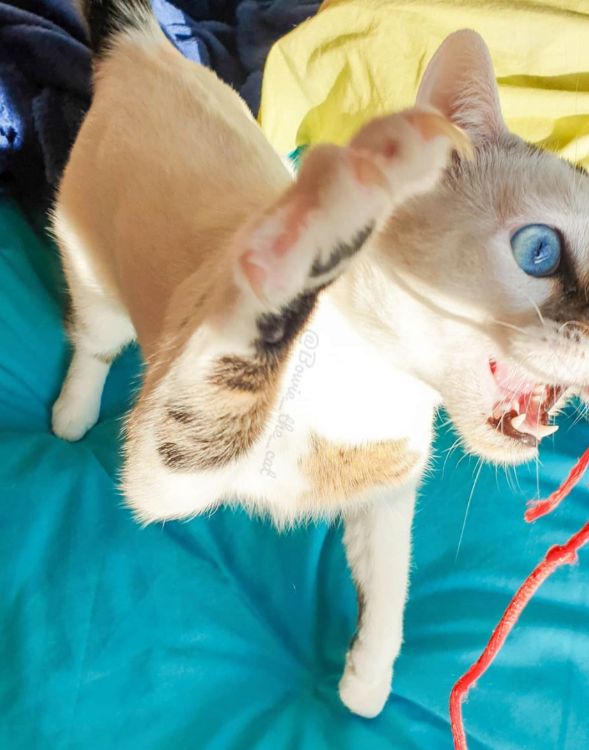 For Lloret, part of her mission in sharing Bowie the Cat’s story is to advocate for animal adoption. She believes this cause can help to spread joy to more people as well as to provide animals like Bowie with loving homes.

Once, for Throwback Thursday, Lloret even posted a photo of Bowie as a kitten with the caption, “#throwbackthursday ! This is me when they rescued me from a park after being abandoned. Such big ears!” 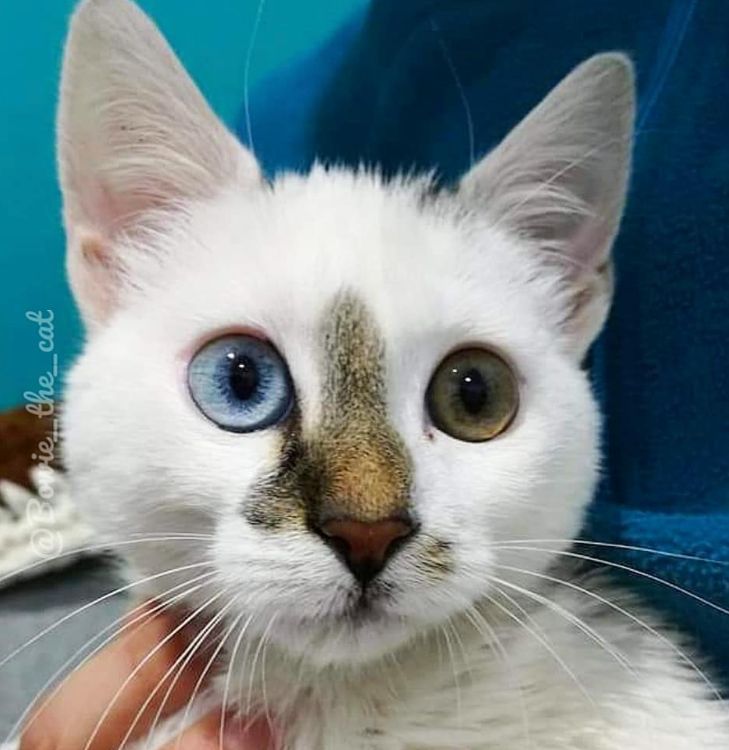 Bowie the Cat lives in Alicante, Spain with his cat mom. It’s likely they’ll continue taking pictures, advocating for the rescuing and adopting of pets, and interacting with their followers for a long time to come.