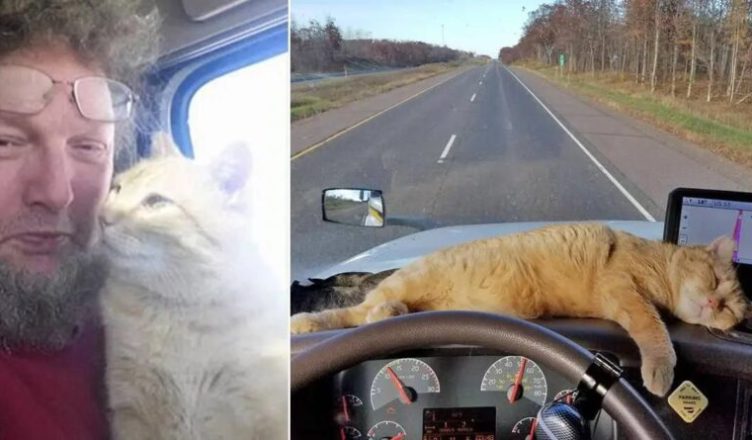 Paul Robertson is a proud truck driver. It’s undeniable that he loves his job so much, in fact, he’s been doing it for years now. However, whenever he’s trailing on a long road, lonesome often gets in his way. Let’s admit it, staying awake while driving alone at night isn’t easy, but there’s no stopping Paul especially if he has to hit a certain deadline.

In his back and forth trips, he had a feline companion named Howie.They shared countless hours on the road and were best buddies for years. Sadly, Howie passed away in 2017.Anyone who had a pet before will tell you that moving on from losing a pet wasn’t easy. This sad experience exempts no one, including Paul. 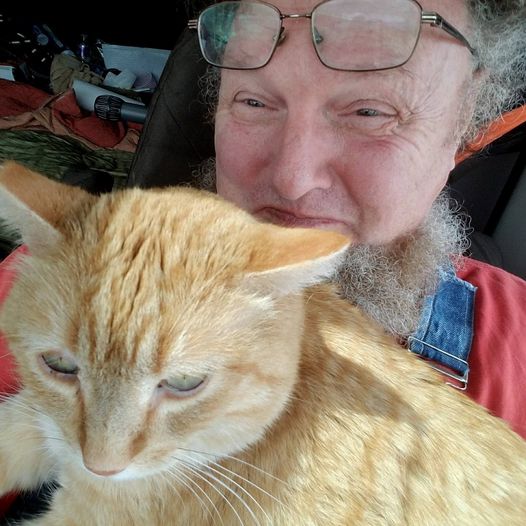 He was utterly heartbroken when he lost his beloved feline.

But that didn’t stop him from wanting another animal companion. He soon visited an animal shelter and looked for another feline. There, he was introduced to a ginger cat named Percy.

The cat had scars, torn right ear, and a missing tooth. 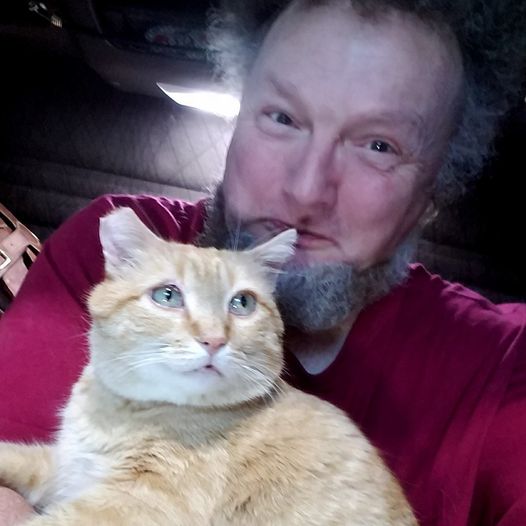 None of Percy’s flaws hindered Paul from wanting him.

Right there and then, he already knew that they would make a perfect combination.

As it turned out, Percy had a rough life. He was living on the streets before he got rescued. Despite all that, the then stray cat maintained a positive attitude within. He was still loving and sweet towards people. 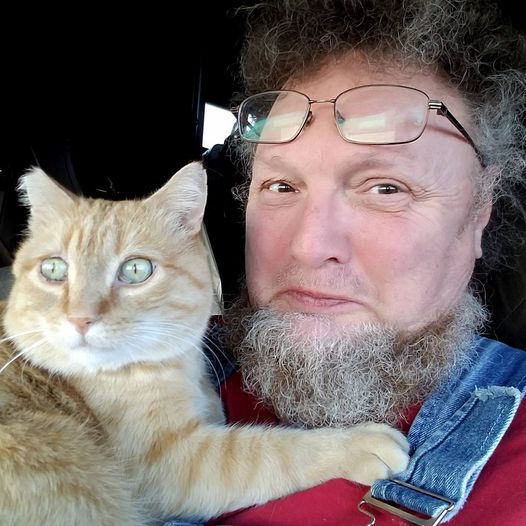 Percy soon became Paul’s “purrfect” co-pilot on his long trips and the cat couldn’t be happier. The adorable feline enjoyed everything, long or short trips, under any type of weather, he was there to accompany his new human dad. 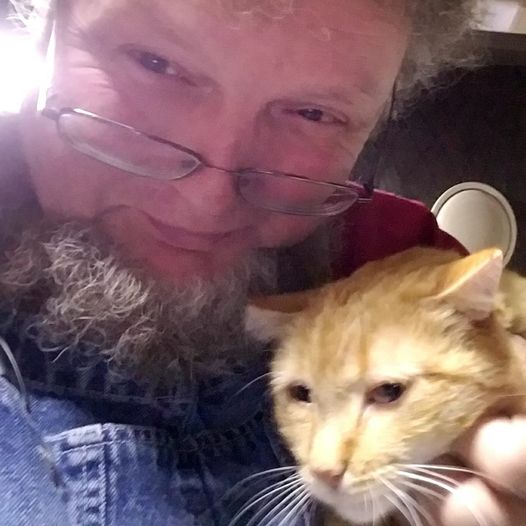 “He’s very affectionate and loves to crawl on my lap, up my chest, and then rub cheeks with me,” Paul wrote on Facebook.

Paul also loved taking pictures of his feline friend and made it a habit to share them on his social media account. It didn’t take long before Percy racked up a certain number of followers online and they all love his natural charm.

An unfortunate event.
Back in February of 2017, Paul woke up in the morning and saw that the passenger window was down. The first thing that came into his mind was Percy who was then nowhere to be found. 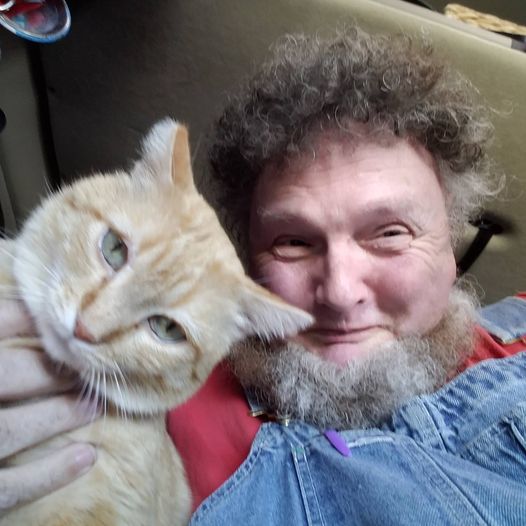 The same thing had happened before to him, usually when there was a bird outside. But that time was different.
Paul tried calling him, he also searched the area near the rest stop. Unfortunately, even after all his efforts, no Percy came out.

To make things worse, a storm was coming that day according to weather reports.

With all his options already exhausted, Paul took to social media and called for help from the community after announcing that Percy was missing.

Although people offered help in his search, Paul just couldn’t wait any longer. 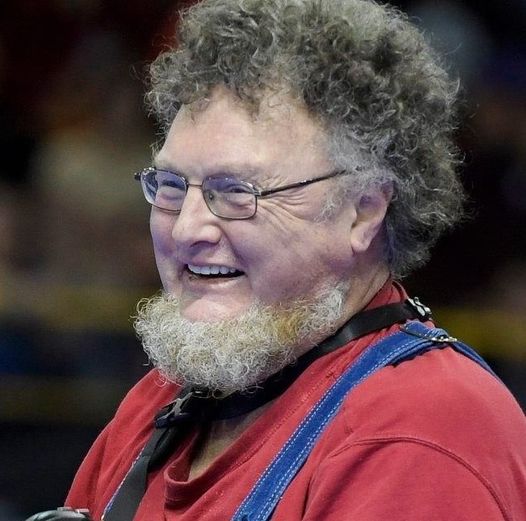 He knew that every tick of the clock was important both in looking for his cat and in his job as a driver.

“I’m a commercial truck driver … and I’ve signed on a dotted line saying I will have it delivered by such and such a time. I don’t have the choice to stay if I want to,” he said.

Paul was forced to drive away to fulfill his professional duties. He was torn between being Percy’s dad and a professional truck driver.

He drove 400 miles to fulfill two deliveries, then suddenly, a miracle happened!

A stray cat came out from under his truck, it was Percy, covered in oil! 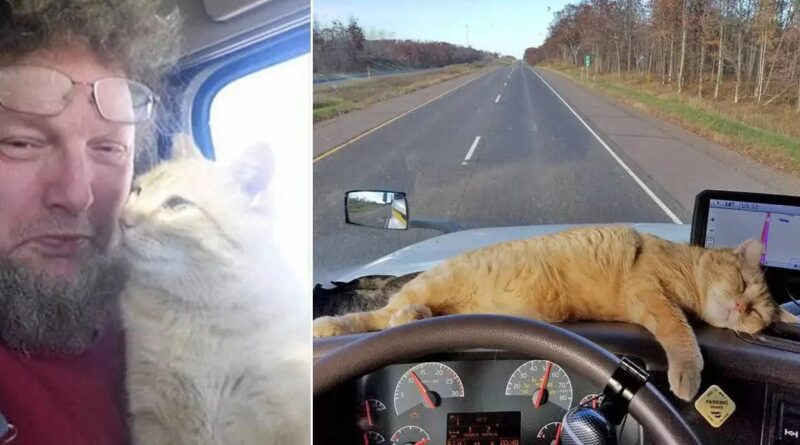 He looked pretty exhausted and hungry at the same time. Paul wasted no time and attended to his then missing cat. After that scary incident, Paul vowed not to lose sight of his feline – never again!

“The other day I caught myself laughing at one of his antics and I thought: ‘It’s nice to live alone sometimes ’cause you can have everything your own way – but I wouldn’t be laughing like this if I were alone.’ Percy is good for my spirit and soul,” Paul said.

Please SHARE This story with your friends and family.