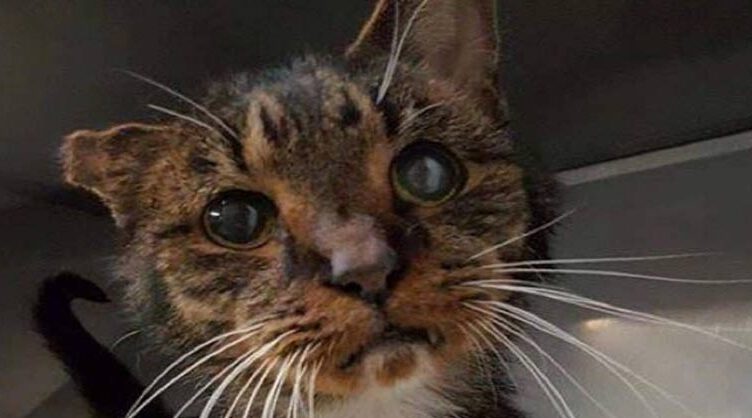 A scraggly cat was discovered on the streets of New Jersey, all alone and struggling to survive. He was rescued and sent to Voorhees Animal Orphanage, where the caretakers discovered that this 15-year-old tabby was incredibly friendly and craved love.
Meet Barnaby the cat!

Dr. Sheehan, being a vet, gave him a full health check, including bloodwork, and the entire clinic fell in love with him right away. Barnaby strode around the workplace as if he’d known it his entire life, and he won the hearts of everyone he encountered. 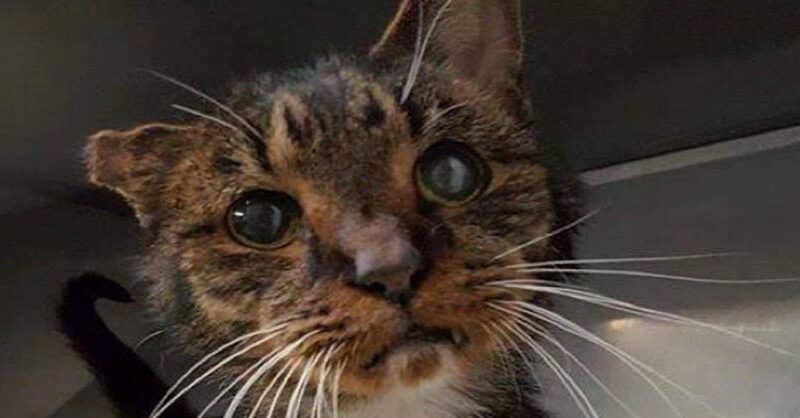 “When we were washing the floors, he followed behind to make sure no spot was missed, and at the end of the night, he sat on my lap to make sure I did the books correctly,” Rachel, a vet tech at the clinic, explained.

“We’ve started him on antibiotics, and he appears to be improving!” He’s gained weight (almost a pound), and his coat is starting to look healthier,” she noted.

Barnaby, despite his age, is a real character who is full of life and enthusiasm. “He appreciates his special senior diet and getting brushed on a daily basis.” He also takes his meds diligently and without complaint.” 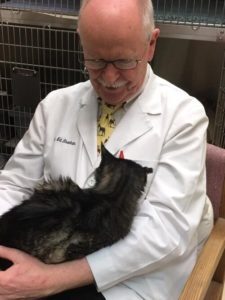 A cat of this age may have several health difficulties that need daily care, which makes Dr. Sheehan and his wife an ideal fit for Barnaby; when they saw his photo, they felt compelled to act and opened their hearts to this worthy little guy.

“Barnaby is more than a ‘house cat’ to us. He is well loved and very cared for by Dr. Sheehan, myself and our entire staff that he loves,” Clare said. 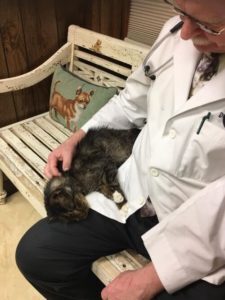 Barnaby has a limited appetite at times, so the nurses spoon feed him cat food gravy and additional vitamins in a cat food mix. “Doc also noted his dilated pupils.”

He believes that is due to his advanced age because he does not see much. He has adjusted nicely and is receiving a lot of love and attention. He’s a cheerful young man.”

“Our objective is to keep him healthy and happy, and to make the remainder of his life a joyful one.”

Who knows what he went through, but his Veterinarian Dad and I, as well as the rest of his Vet Tech and Assistants family, will love and care for him,” Clare stated. Barnaby has found the purr-fect home in which to spend the rest of his days.