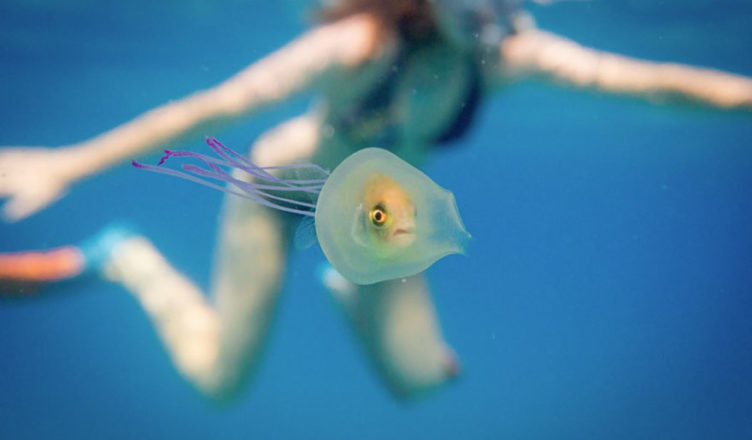 A fish swims in a jellyfish. It sounds like the beginning of a joke, but believe it or not, a fish actually swam in a jellyfish. Take a look at these photos to see this weird and strangely beautiful sight for yourself. 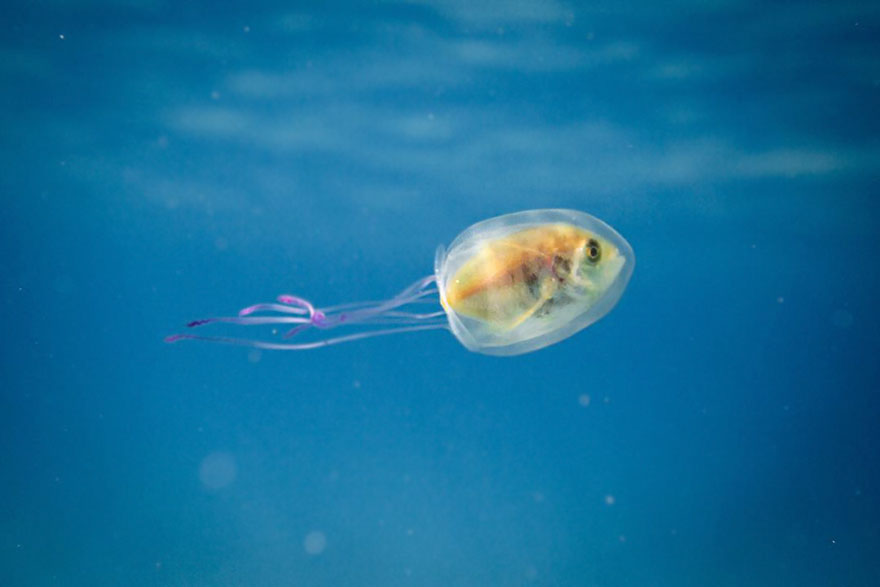 The photo was taken by Australian photographer Tim Samuel, who uploaded the shot to his Instagram account last December. Tim saw the ruffled fish while snorkeling in Byron Bay with a friend.

No one really knows how he managed to get into it (alcohol may have been involved), but despite its obvious drawback, the fish was still able to control the movements of the equally unfortunate jellyfish.

«I knew pretty quickly what I was watching,» Tim told Bored Panda. «I had to do some double takes though. I was both completely amazed and confused by what I saw. 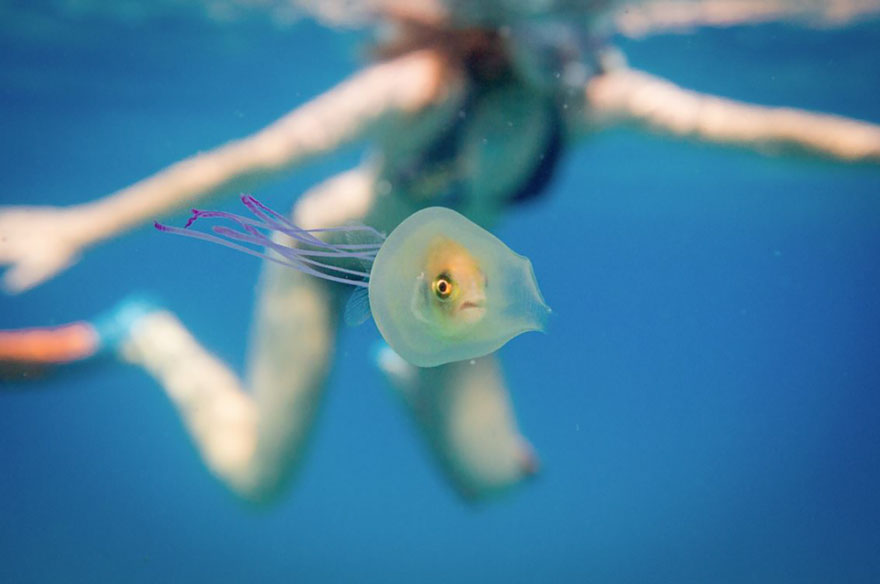 Not surprisingly, Sam says he’s never seen anything like it in his five years as a photographer. And neither do we. But we have it now. And we still can’t find our way around.