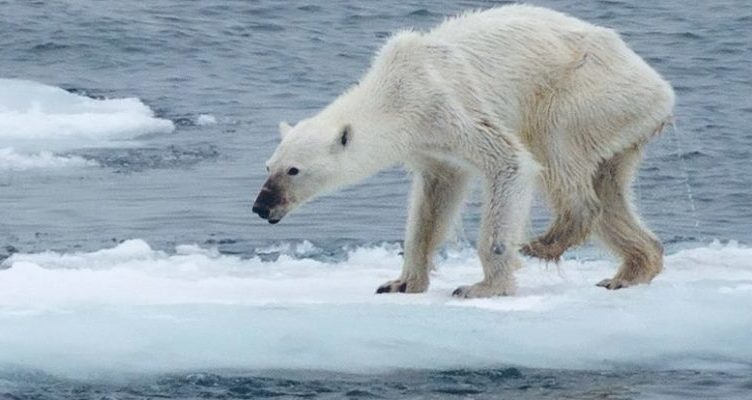 A heartbreaking photo taken by wildlife photographer Kerstin Langenberger sums up the grim realities facing Arctic animals in the face of global warming. With warmer summers and melting sea ice at an alarming rate, the seals and other aquatic animals that polar bears traditionally hunted are further out of reach, meaning polar bears are being forced to feed.

Kerstin writes that the main reason people visit Svalbard, the Norwegian archipelago in the Arctic Ocean, is to see polar bears. Being a regular visitor, she is more sensitive to changes than most.

«At first glance, everything is as it has always been in one of the most easily accessible polar bear populations in the world, heavily protected and doing good, as some scientists say,» she wrote in her caption. «But are they really doing good, the bears here?» «I am a critical thinker, and I observe. I see summers being so pleasant (and hot) like never before. I see the glaciers calving, retreating tens to hundreds of meters every year. I see the sea ice disappearing at record speed. Yes, I’ve seen bears in good shape – but I’ve also seen dead and hungry polar bears.

Bears walking on the shores, looking for food, bears trying to hunt reindeer, eating bird eggs, moss and algae. And I realized that big bears are almost exclusively males who stay on the ice all year round. »

«Females, on the other hand, who nest on land to give birth to their young, are often thin. With the pack ice retreating further and further north each year, they tend to get stuck on land where there is not much food. In the first year, they lose their first cub.

In the second year, they lose their second (and last) cub. Only once did I see a mother with an almost independent cub. Only a few times have I seen beautifully fat mothers with beautifully fat youngsters. Many times I’ve seen horribly thin bears, and they were exclusively females – like this one here.

A simple skeleton, wounded in the front leg, perhaps by a desperate attempt to hunt a walrus while she was stuck on dry land. 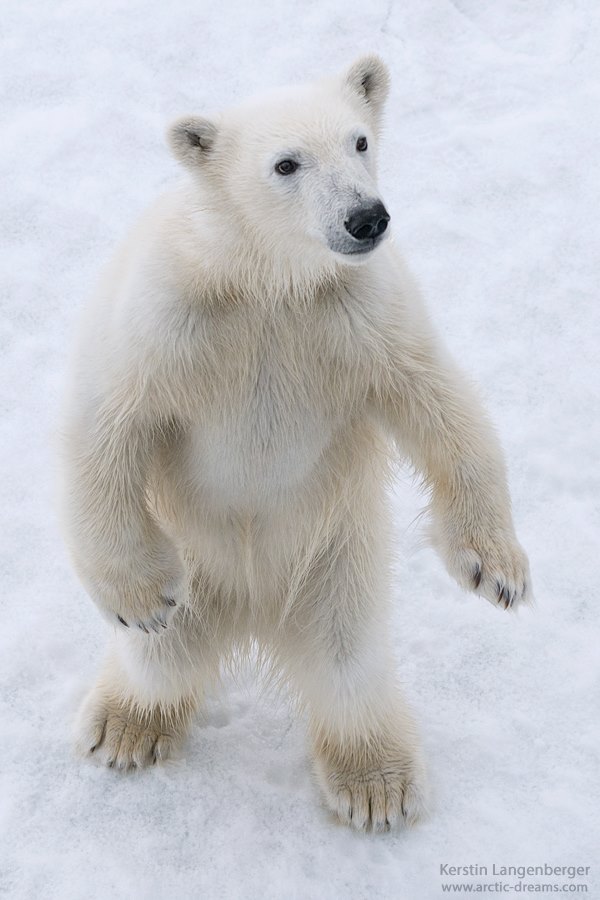 Only once have I seen a bear get a big «5», but several times I have seen dead bears and bears like this: a simple «1» on the scale, sentenced to death. I don’t have scientific data to prove my observations, but I have eyes to see – and a brain to draw conclusions.
Kerstin sums up his message with a call to action: «Climate change is happening here in the Arctic. And it’s our decision to try to change that.

So: let’s do something against the greatest threat of our time. Maybe we can’t save that bear here. But every little action we take to change our habits is a step in the right direction. We just have to start and continue! »