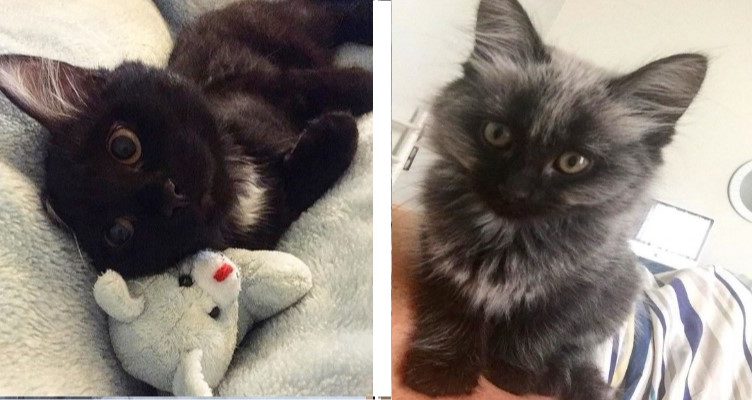 A tiny kitten with an unusual color combination was placed in a kitten shelter in Melbourne, Australia. This is what gave him the advantage over others when it came to adoption. 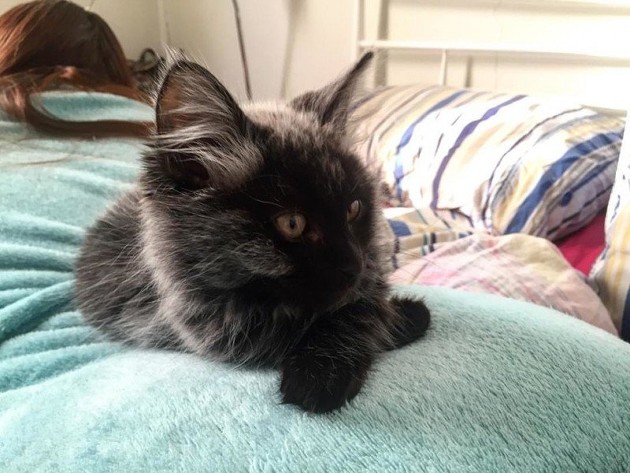 A young couple came to the shelter to choose their pet. The unusual cat immediately caught their attention. When they heard loud purrs in response to the caresses, they made their final choice. 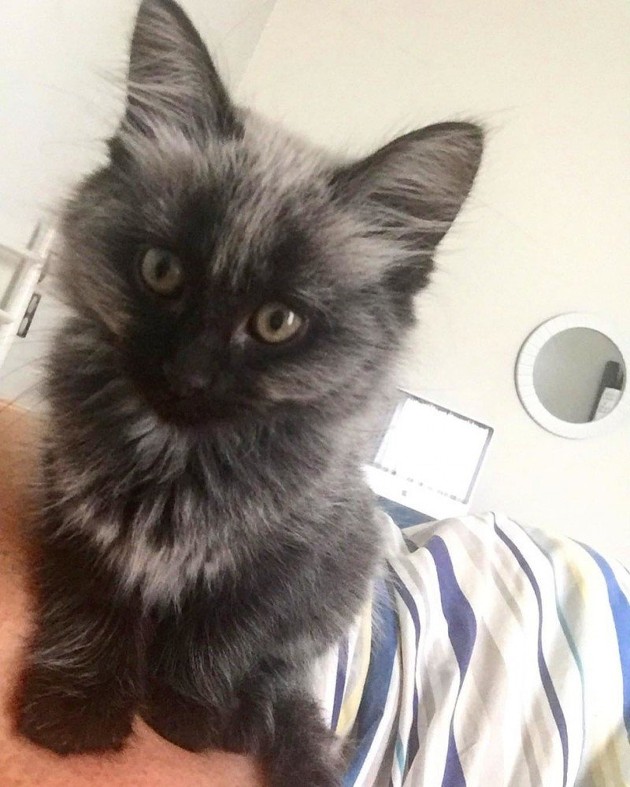 The kitten was named Sasuke (after a popular cartoon character). At first, the baby looked more like a cub than a kitten. The silver speckles gave it a very unusual, but beautiful appearance. 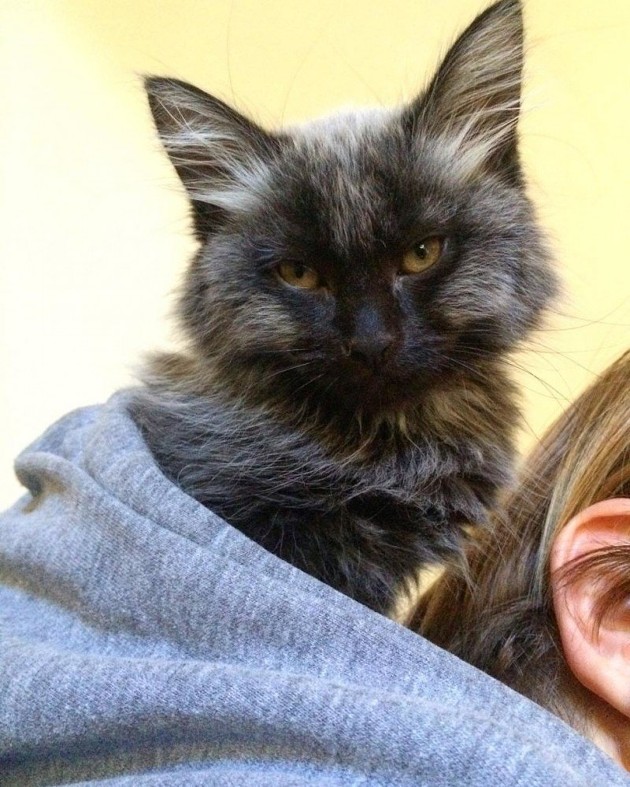 Sasuke also makes a chirp-like sound instead of a meow, which makes it really special. But the veterinarian who examined the kitten warned that this unusual color was the result of some kind of stress or traumatisme suffered by the mother during pregnancy. Over time, the coat will take on the color it should have. 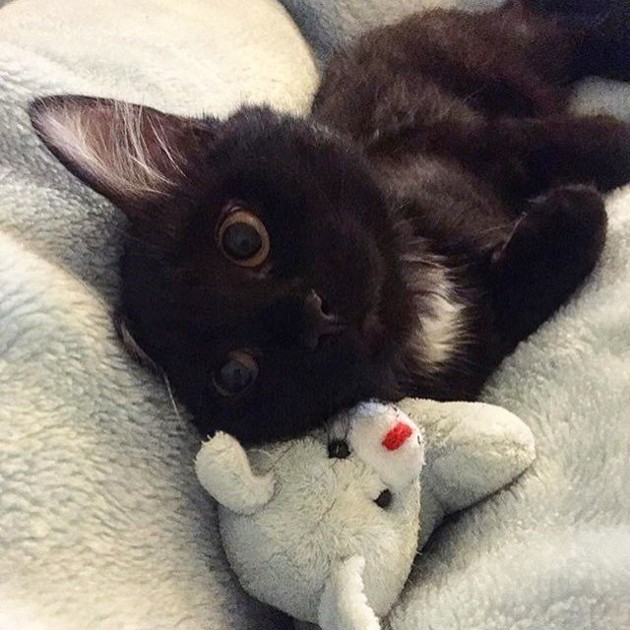 And indeed, over time, Sasuke had less and less silver hair, and more and more black hair. It was like a rabbit changing his fur coat for a new one.

And after a few months, it looked like a coal! Only a small light spot on his chest reminds him of his old coloring. 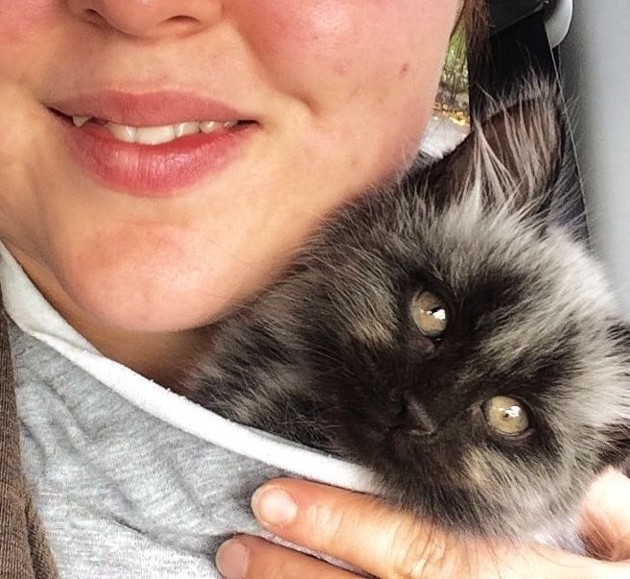 The owner said she was not at all upset by this state of affairs. They became attached to the kitten for its affectionate and good-natured character, and now they no longer care about its color!