“They deserved better and he wasn’t about to let any harm come to the dogs he trained”
Watching what is taking place in Ukraine is heartbreaking. The images being reported on news sites are distressing, to say the least. Despite all the devastation taking place, there are glimpses of true heroes doing whatever they can to help the people there.

That also includes helping the helpless animals that have also fallen victim to the war. Recently some heroes helped get 35 German shepherds safely out of the war-torn country and flew them to safety in Los Angeles, California. 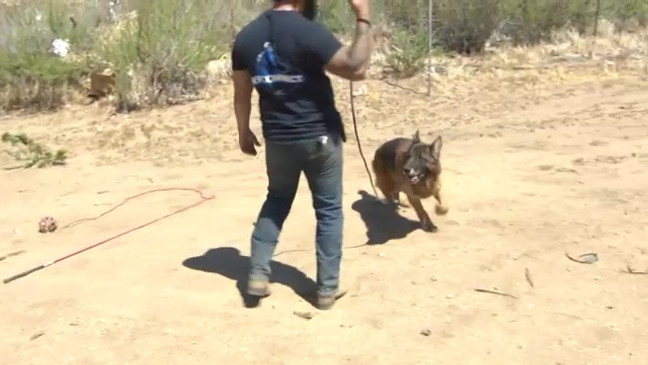 Dog trainer Chris Jimenez, the founder of K9 Connect, has been working since last February to remove police and military K9’s out of Ukraine. After learning there were bombs going off in Kiev, he flew to Ukraine to rescue the dogs he trained.

He said he was sitting at his house in San Diego when he got a text from his friend that said, ‘We’re being bombed.” He quickly made plans and flew to Ukraine to rescue all 35 of his German Shepherds. The dogs based in Kiev were trained by Jimenez to work with the military and law enforcement. 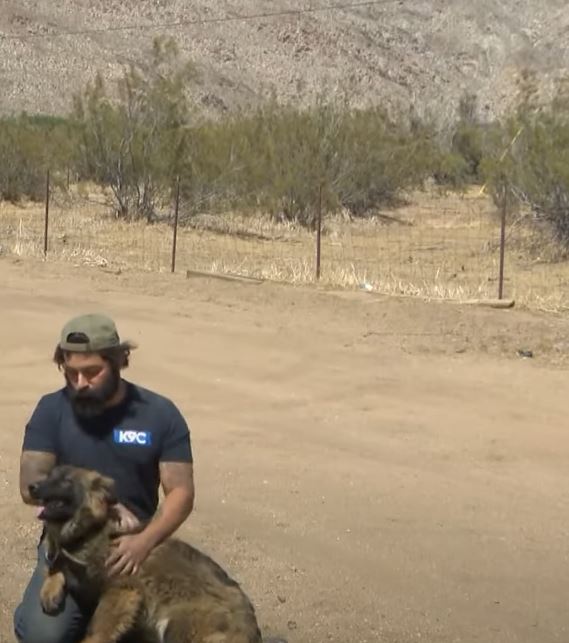 After arriving in Ukraine, Jimenez made plans to evacuate the dogs to a shelter in Poland. He said,

“Every single step of the way, there was somebody telling me I’m not of sound mind. But at the end of the day, I ask these dogs to do amazing things for their K-9 handlers. They run through gunfire, they take on assailants, it seems right to return the favor.”

With the help of strangers and a Go Fund Me, over $45,000 was raised so that they could hire a chartered plane to fly 35 dogs to Los Angeles. Once they arrived, they were transported to San Diego County, California, where Chris and his friends are building kennels for them as quickly as they can. 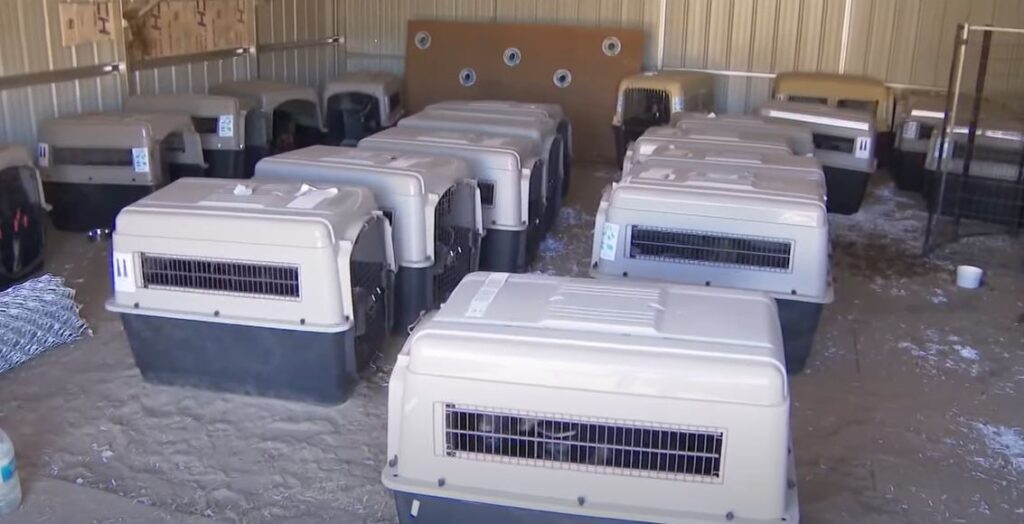 The German shepherds range from six months to seven years old and have been trained in search and rescue, narcotics, and explosive detection. But right now, they are in rough shape. They have been through a harrowing experience and need some tender loving care and time to decompress.

“The warzone aspect wasn’t the difficult part. It was the logistics of traveling with 35 German Shepherds,” said Jimenez. 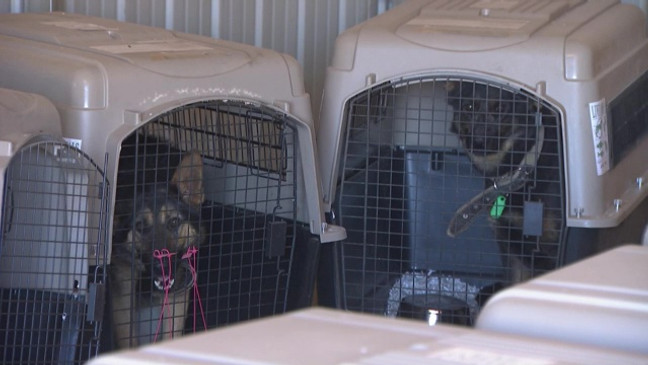 “Right now, the dogs need to go through some extensive rehab, they’ve been shoved in a car for hours and then shoved on a plane, and they were in bad condition when I showed up,” said Jimenez.

Eventually, each dog will be placed in a home. Most likely, they will be placed with a police department or government agency. Jimenez said, “It’s a lengthy process because these dogs are so special, they just can’t easily be adopted out. 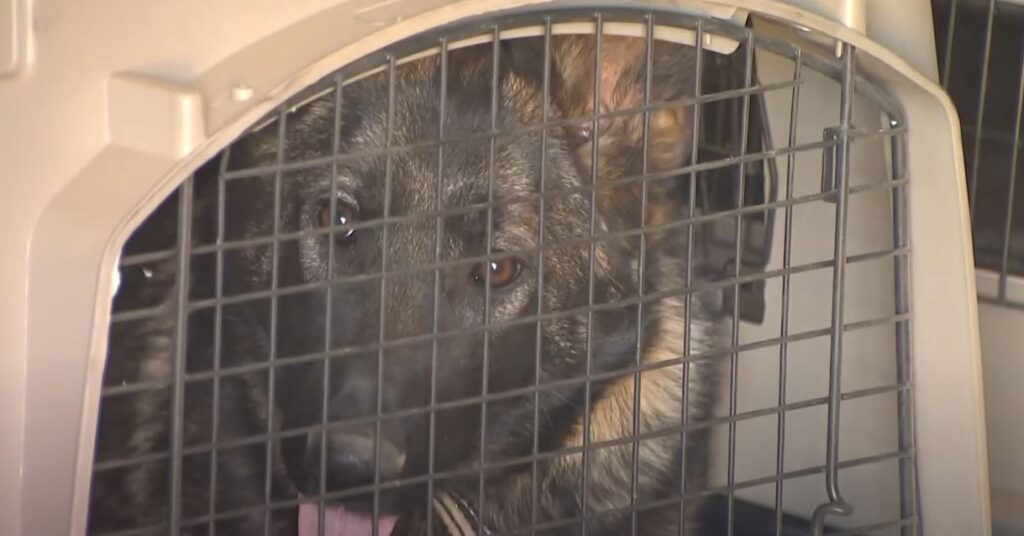 We hope you enjoyed this article. We’re so thankful to Chris Jimenez and all the people that made his rescue mission possible. We wish all the dogs well. As always, please feel free to share with your friends.