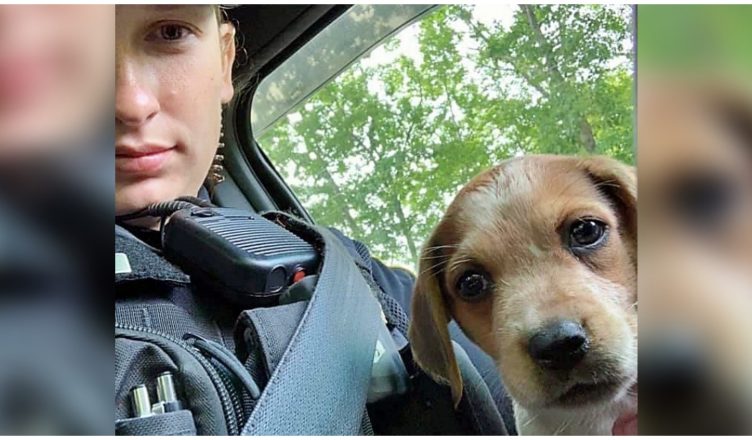 She brought the pup to a local vet while officers tried to find her owner, but to no avail.

Officer Rogers continued to check on the puppy throughout the night during her shift, to make sure she was okay until the Kennebec Humane Society staff arrived. 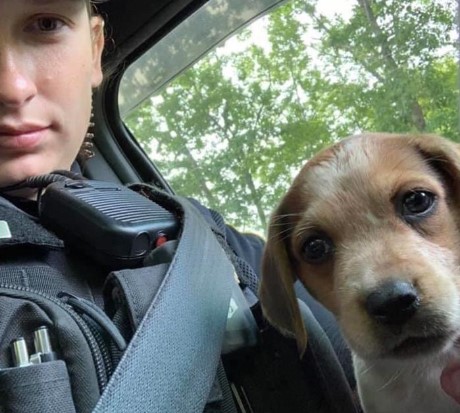 Officer Rogers even took a meal break with the pup, and the two of them had already begun forming a very special bond.

Rogers knew she had to do more to help this beautiful little pup. She decided to foster her until she was available for adoption since they never located an owner.

But when it was time for the pup to find a forever home, Rogers just couldn’t give her up.

Without hesitation, Rogers decided to permanently adopt the pup, who she has since named Rey after the Star Wars Jedi. 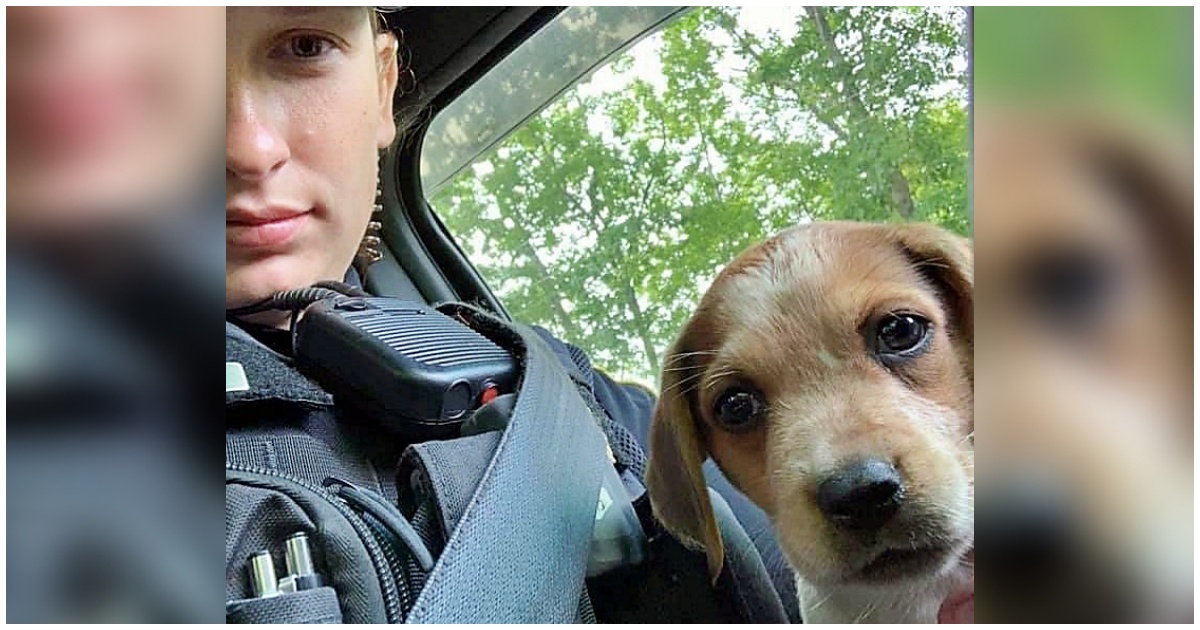 The August Police Department shared the heartwarming story on their Facebook page, with a picture of the adorable duo.

“You have to love happy endings!” they wrote. And this is certainly one for the books!