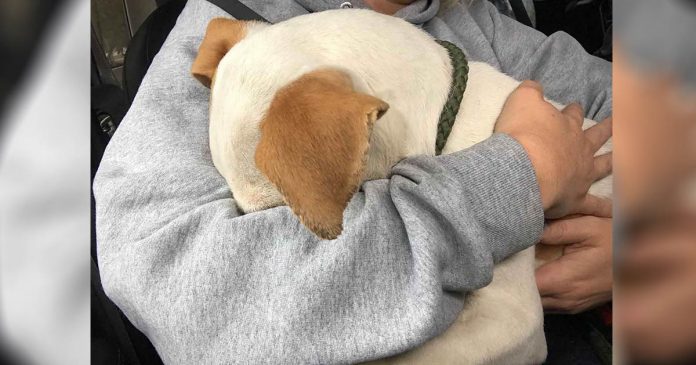 In the middle of a rainy day, a small dog named Chowder thought he had found a shelter to protect himself from the weather; a garage in an abandoned building that had been converted into a waste dump. 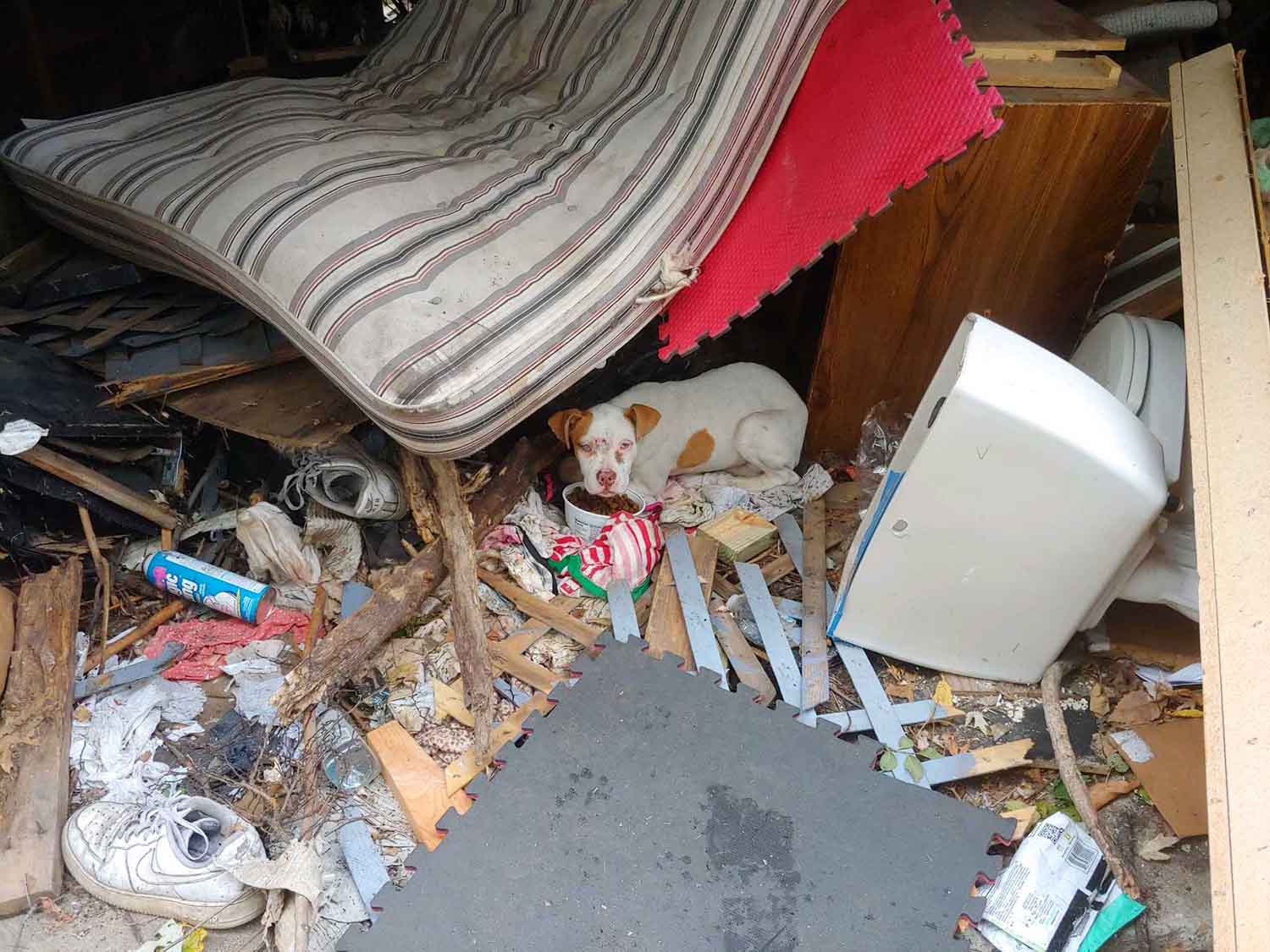 A couple who lived in the area saw the small animal as it crawled under a mattress to shelter from the rain, the husband went out to throw away the garbage and found the dog trying to protect himself from the weather.

Donna Lochmann, a rescuer with Stray Rescue of St. Louis told The Dodo: 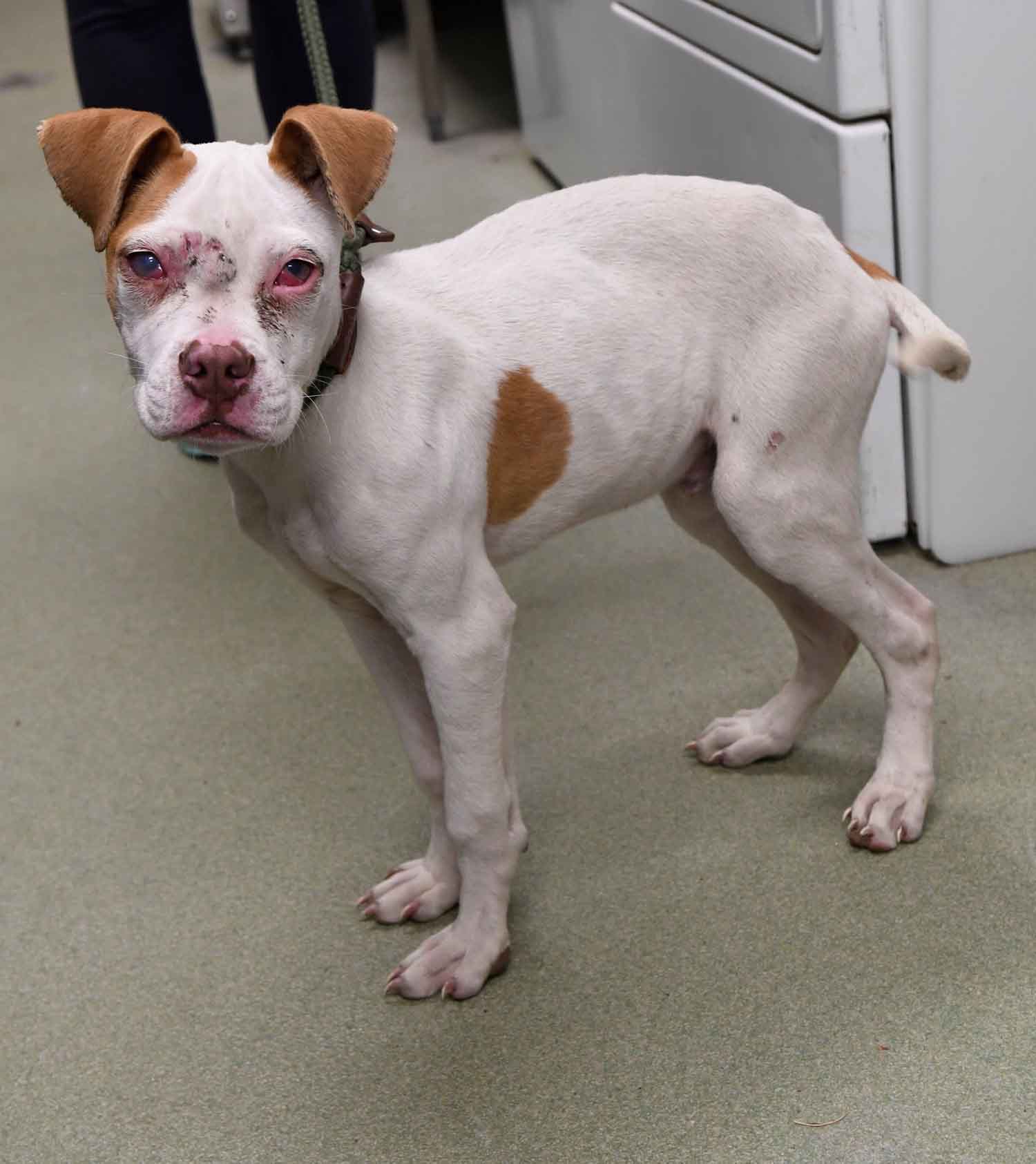 «When the husband came out, he noticed that this white dog had found shelter under this corner of a mattress… and gave him some food and water.»

Dog gives the sweetest hug to the woman who saved him 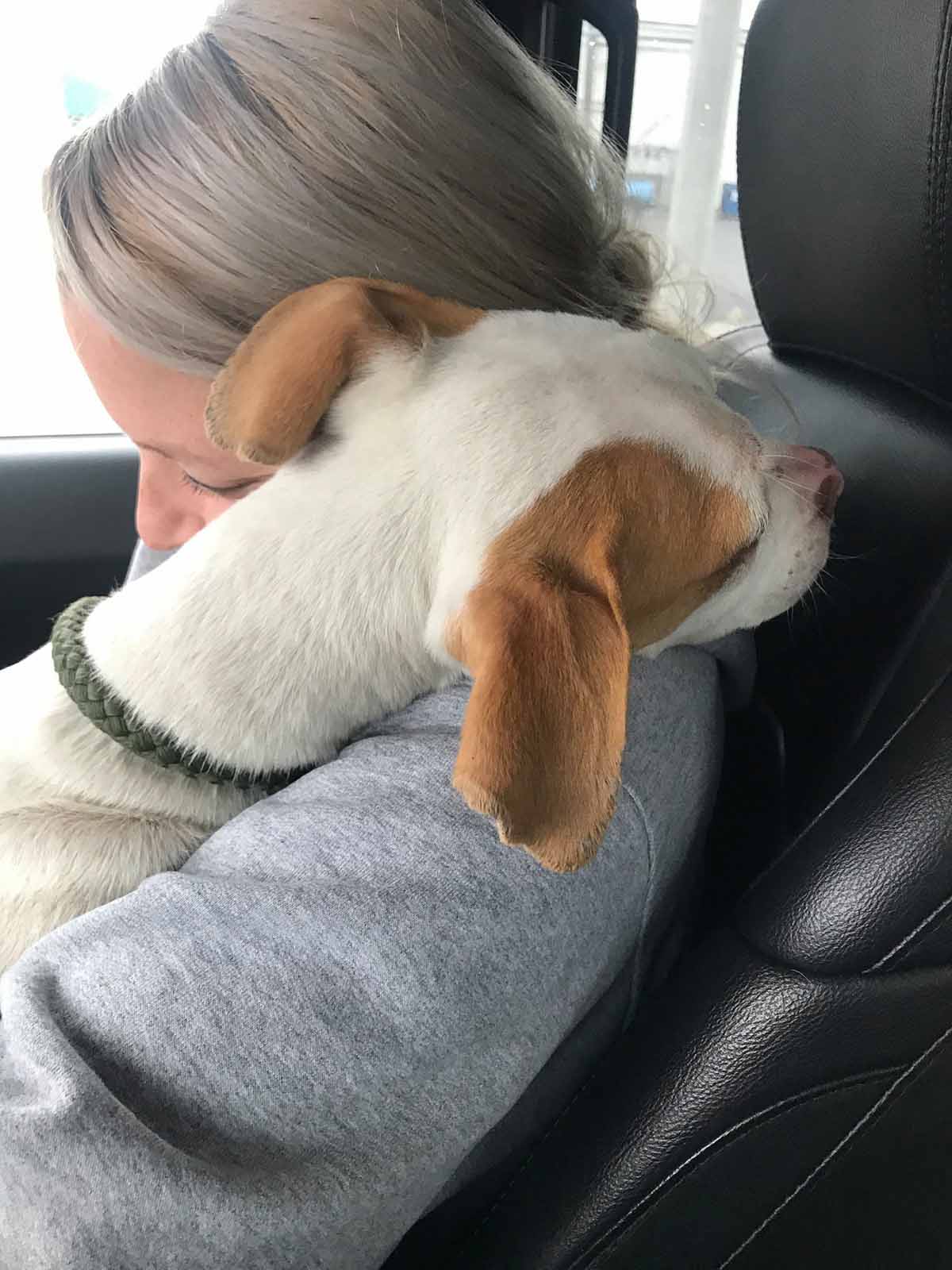 The man immediately contacted the Stray Rescue of St. Louis shelter who came to pick up the white dog of only 4 months; surprisingly he was very confident.

«When we got out [of the car], he ran towards me. He was the friendliest little guy. He wasn’t afraid of us or anything like that. I think he was really happy that someone was being nice to him.»

As soon as the woman put a strap around his neck, Chowder was very excited, lifted him in his arms to put him in the car, and the little guy was clinging to her happily. 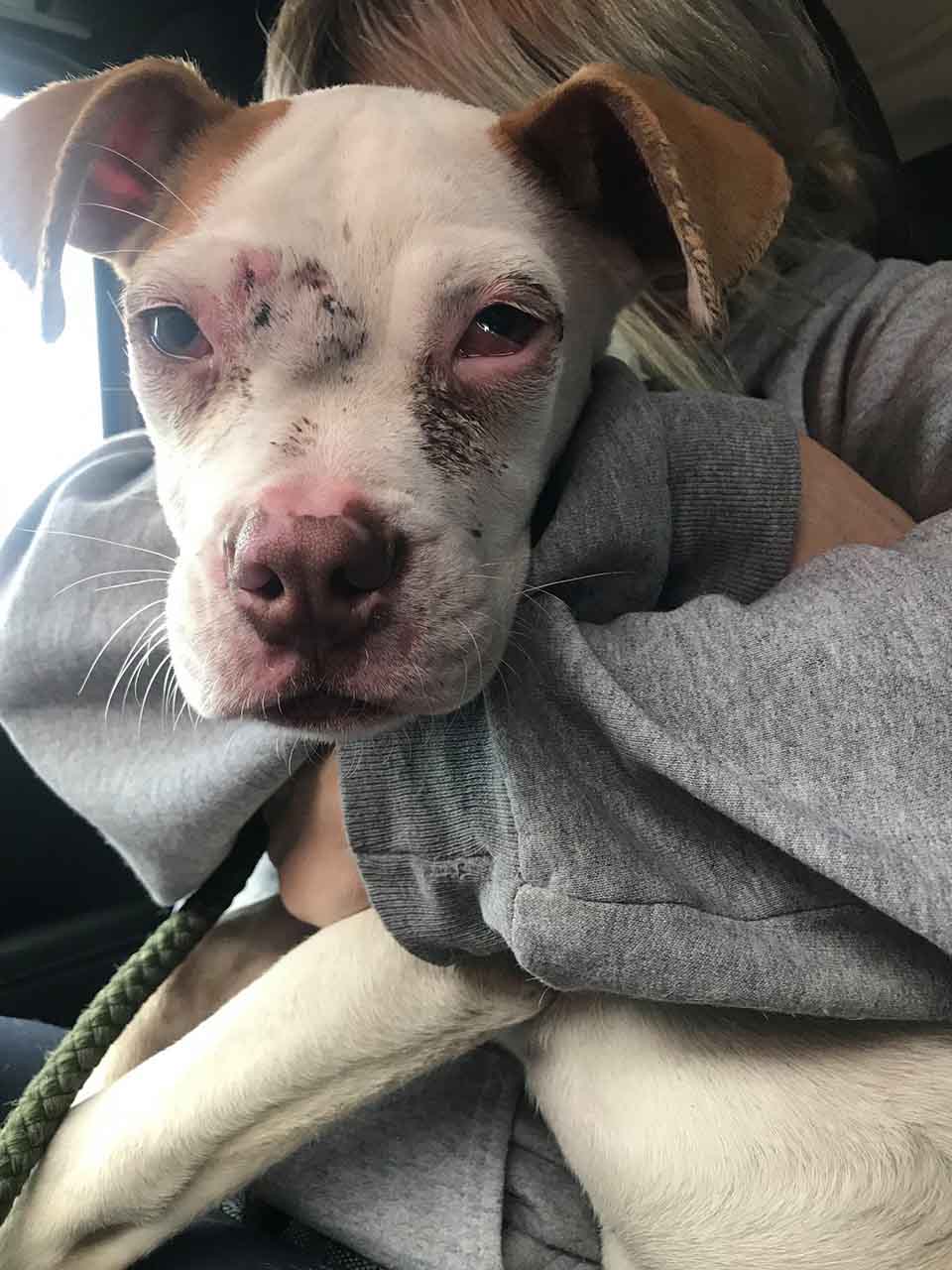 «He went up and sat on her lap and just curled up with her. He had his head on his shoulder and simply buried his face in his arm. He was very grateful to be warm and for people to be kind to him.»

The sweet puppy clung to his rescuer for the entire journey on his way to the shelter, hugged her tenderly, and seemed to understand that he was finally safe. Already in the shelter the playful and curious personality of the little one flourished. He was very happy when he saw people and more if they approached with toys.

Chowder is now in foster care where he is learning to be an indoor puppy and to live with people. Now it only remains to recover from his injuries to find a definitive home. 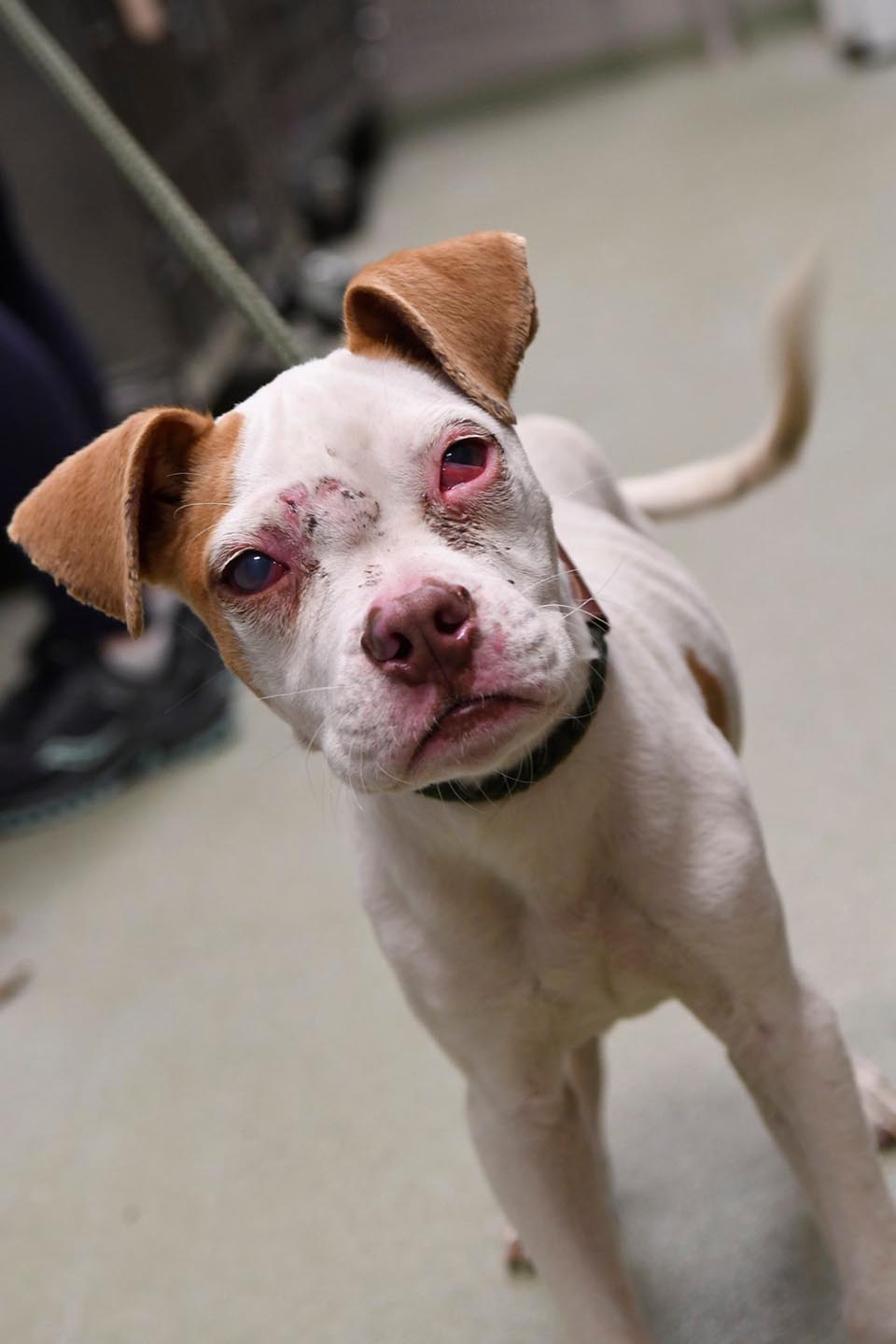 His rescuers are sure that the family that adopts this sweet white puppy will have a factory of unlimited hugs and caresses for a long time.