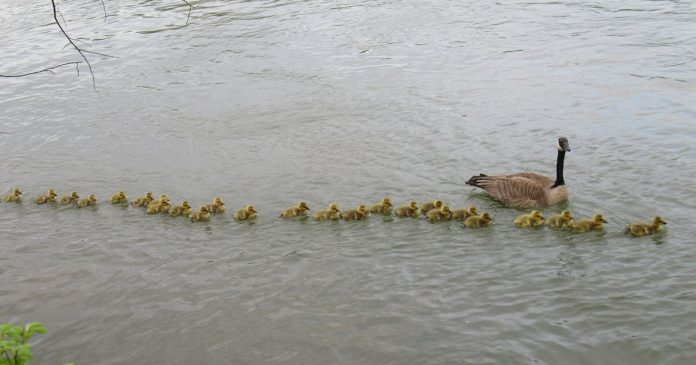 This mother goose cares for 47 babies in a river in Saskatchewan, Saskatoon (Canada). He was first seen with 16 chicks, now he has almost 50 under his wing.

Since starting working from home, Mike Digout loves to walk along the banks of the Saskatchewan River near his home in Saskatoon, Canada, taking his camera with him to capture the amazing wildlife that inhabits the place. 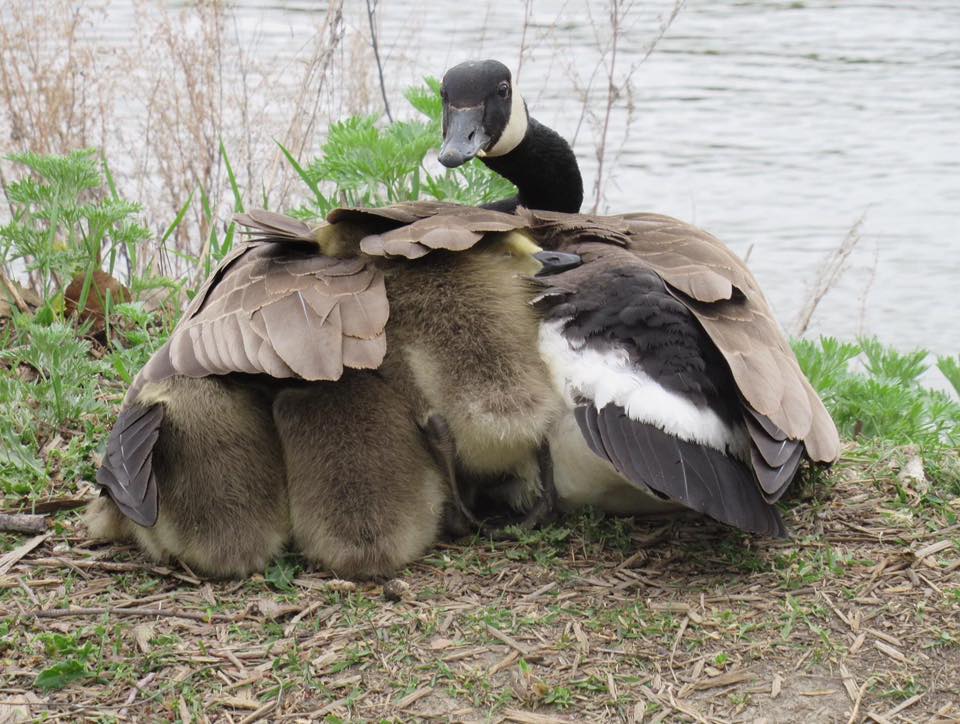 He was never an admirer of Canadian geese, but this spring that changed; for he met a remarkable goose mother who cares for a large family.

«I went out every night to the riverbank in search of beavers and of course there was a lot of geese activity as they came from the south and were looking for a place to nest. 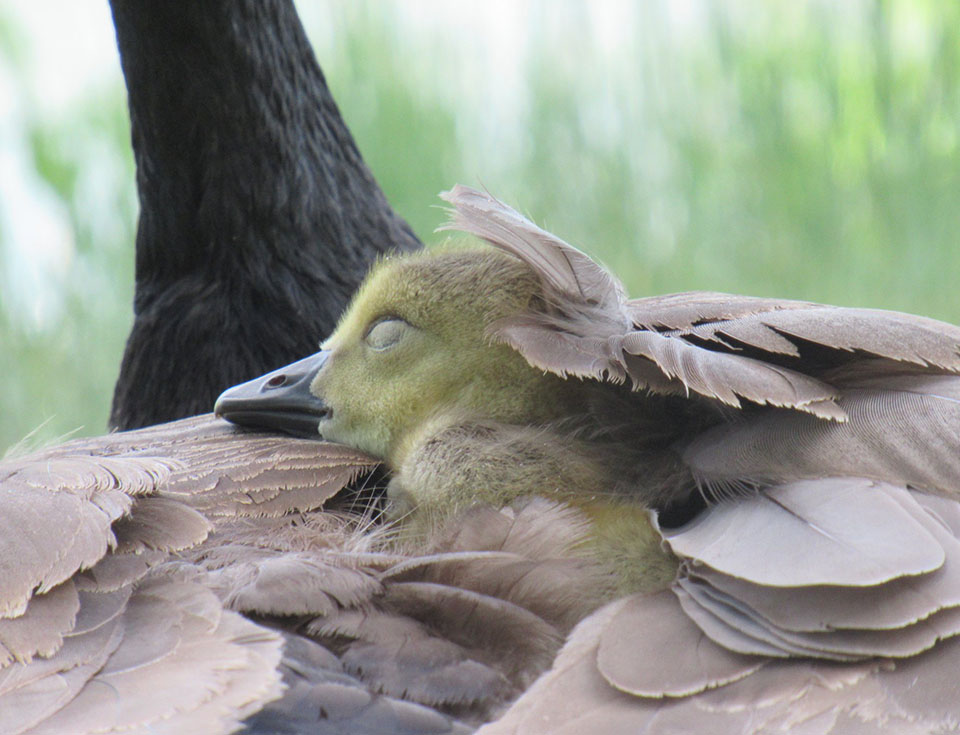 It must be quite entertaining to see geese fighting for places to nest and protect their nests.»

Mother goose cares for 47 babies
Mama goose and her babies

Mike noticed that the first batch of chicks had hatched. So he started taking pictures of the geese while waiting for the beavers to come. 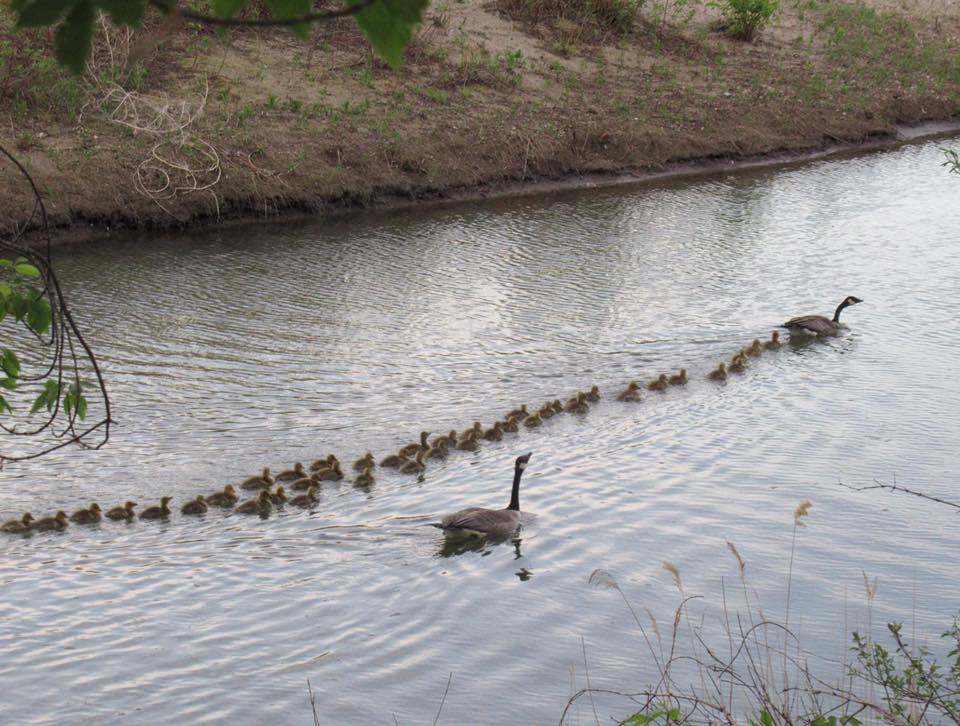 «They’re so cute when they’re small, like little tennis balls with legs.»

Mike was sitting one night near some reeds on the riverbank when he saw a mother goose with an impressively large group of chicks. The baby geese began to get one by one under their feathers to go to sleep. 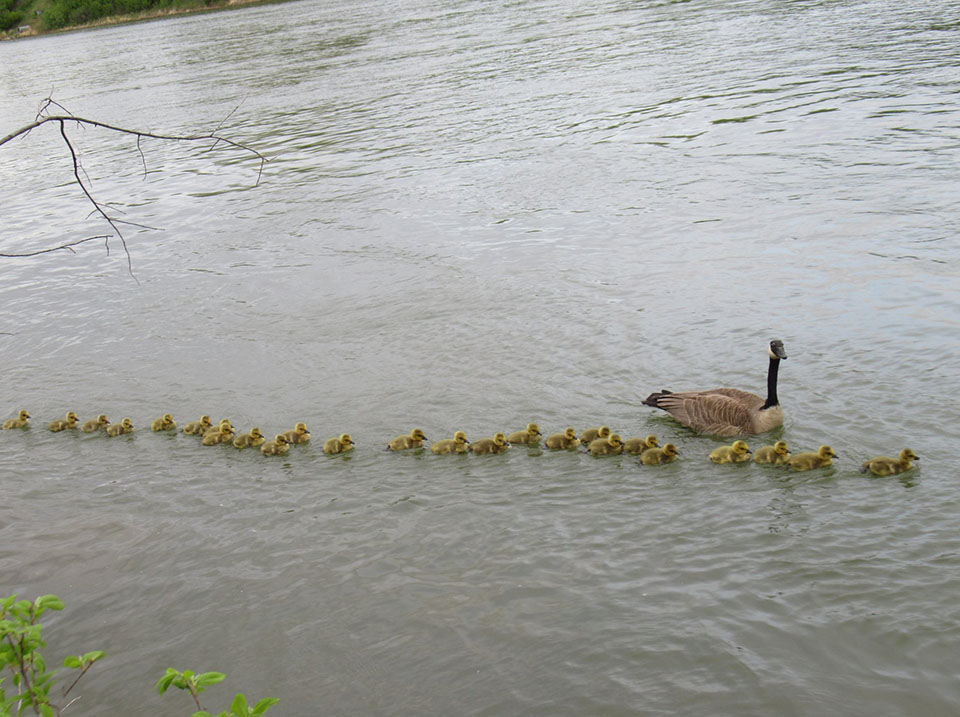 «I was surprised that this mother had 16 babies, so I started going back every night in search of this mother and her young. And every day it seemed like she had a bigger group.» 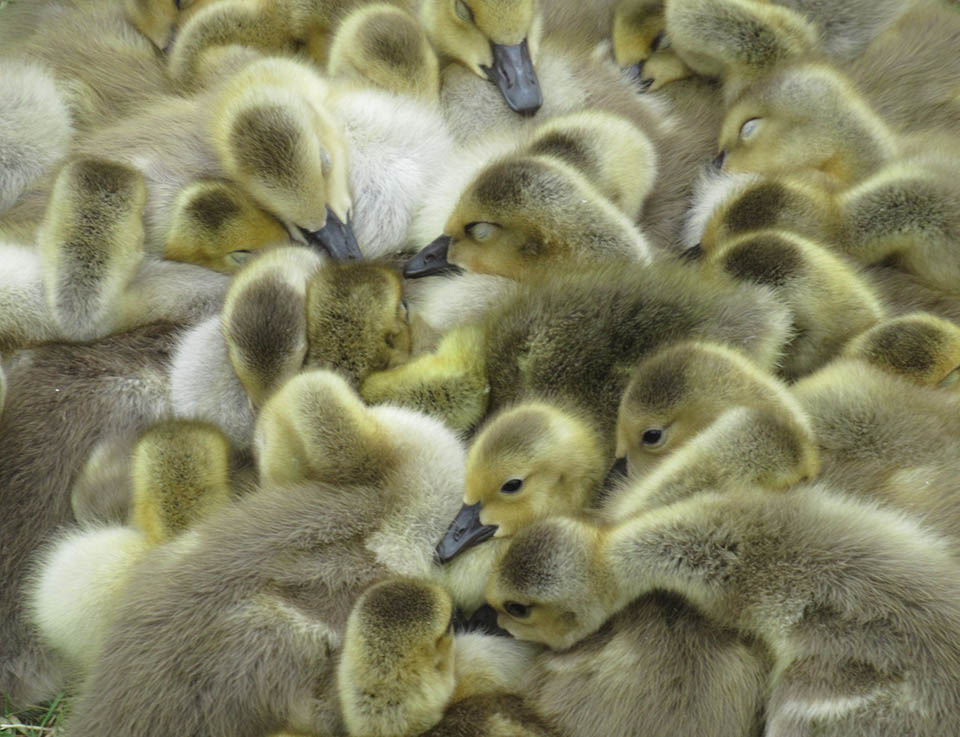 Then Mike counted 25 chicks, and the next day there were 30, until finally he saw the mother goose and her partner with 47 babies.

Then Mike realized that this amazing mother was taking care of the young of many different families. Something common in urban and suburban areas with many nests. Mother goose takes care of babies
According to experts, some birds raise their chicks in a day care system called a nursery, where females leave their geese in the care of another, often older female who has experience raising babies.

For Mike it is clear that this goose was created for the job. 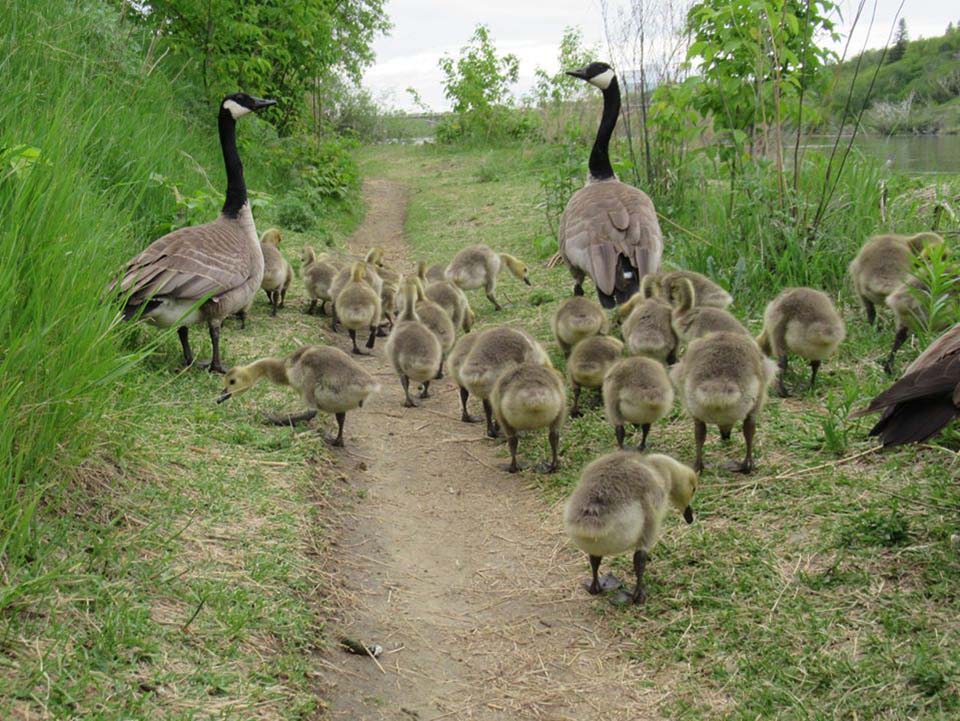 «It was amazing how calm I was with so many chicks. She looks like a very patient mother.»

Baby geese are growing rapidly and can no longer fit under their mother. Now, they sleep in a large pile while she watches that they are safe.

Now the large group has been divided into three large family units, but this supermom and her partner still take care of 25 babies; keeping them safe until it’s time to fly south again.