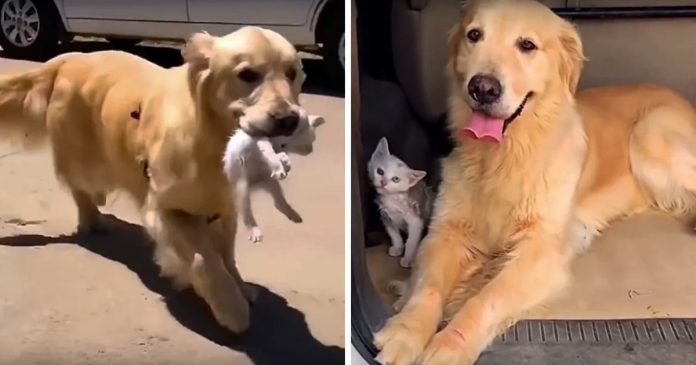 When this golden retriever stumbled upon a small homeless kitten, he realized that the animal needed help. It is not known what was going through this dog’s mind at the time, but he saw the kitten struggling to survive and wanted to help him.

The dog knew that if he picked him up and took him home, his adoptive parents would give him much-needed help to survive. So, he didn’t think about it anymore and picked up the kitten with his mouth, then took him to where his owners were and put him in the family vehicle.

The owners of the puppy were surprised, but before acting they checked the entire area to see if they could find the cat’s family.

Golden retriever bumps into a kitten and rescues him

After several minutes they could not find a feline mother or other kittens, so they came to the conclusion that she had no family. Without a feline mother by her side, the kitten’s chances of surviving on the streets were slim, so they decided to take him home.\ 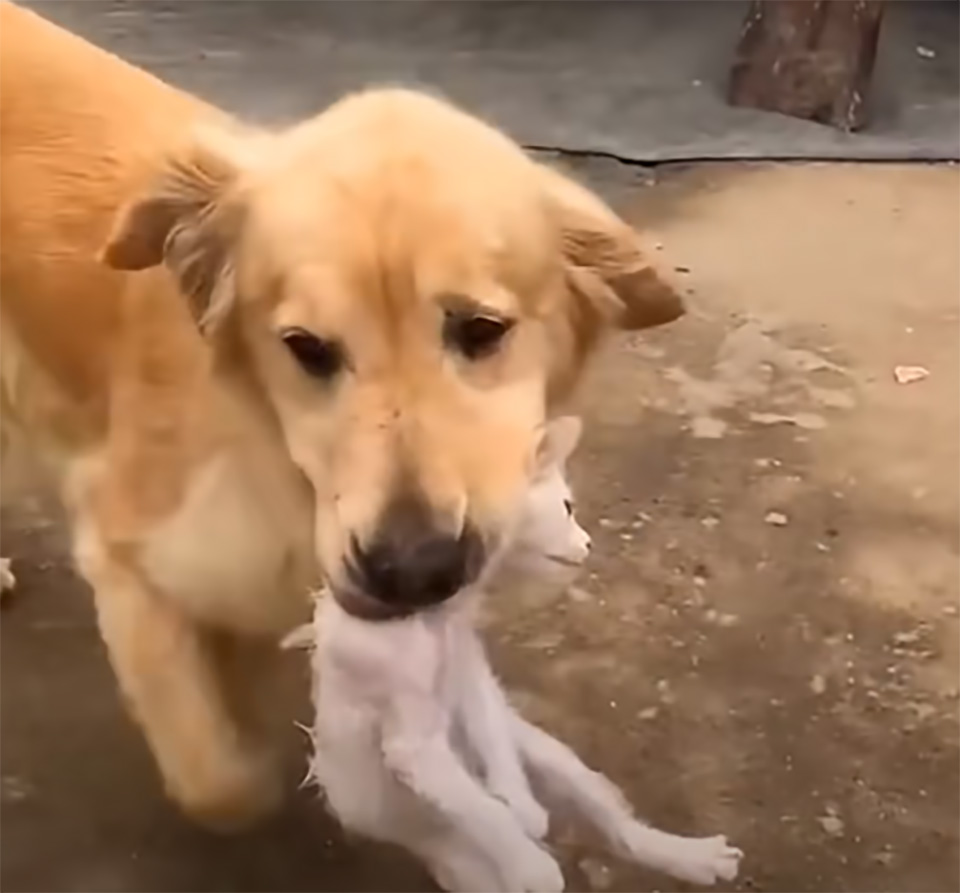 Once there, the dog’s owner fed the kitten through a bottle, to make sure he had enough strength and managed to survive. The little guy needed 24-hour attention, and luckily he had the help of this golden, who never left his side.

From the moment of the kitten’s rescue, apparently, the dog wanted to adopt him, and as expected, he began to act like his mother. 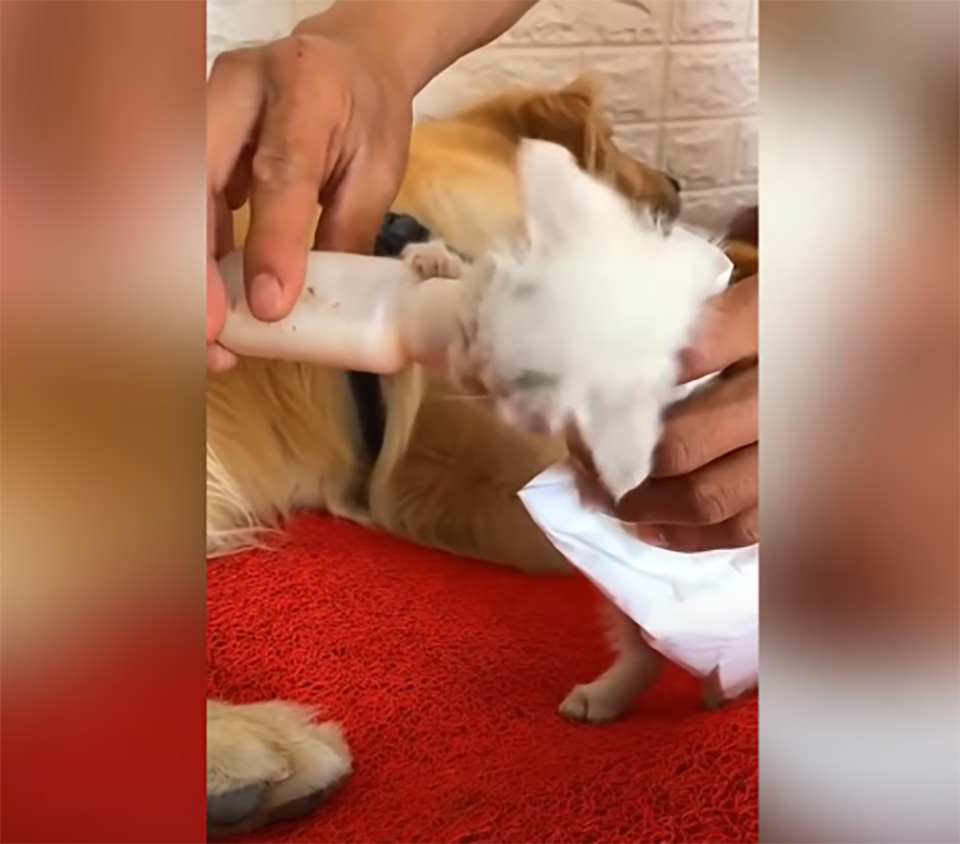 This pair of animals have managed to form a bond of love very strong and adorable, so much so that it melts the hearts of people who know their history.

They eat from the same plate, snuggle, play, and even walk together around the house; they are two inseparable souls. Really, the two love to spend time together, enjoy spending the days doing any kind of mischief or learning new feline tricks. 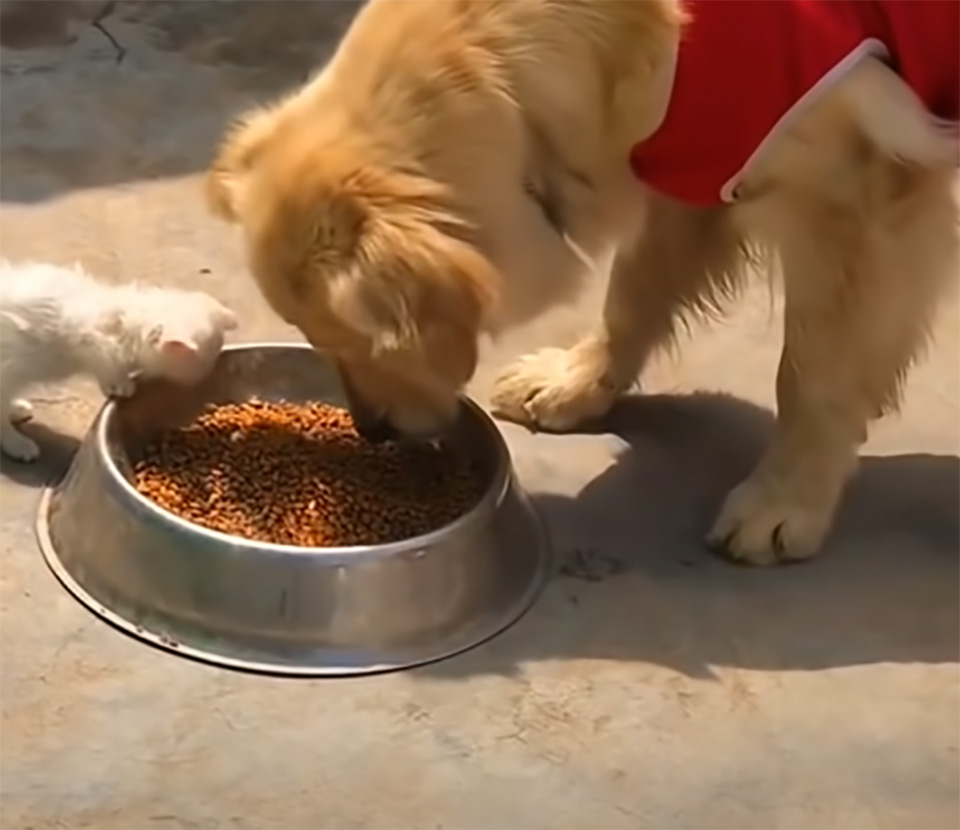 Undoubtedly, going from having little chance of surviving on the streets, to having a golden retriever take care of you, is a real gift for this kitten.

Perhaps, the kitten does not know the act of love that the dog did, but surely he is very grateful for changing his life forever. 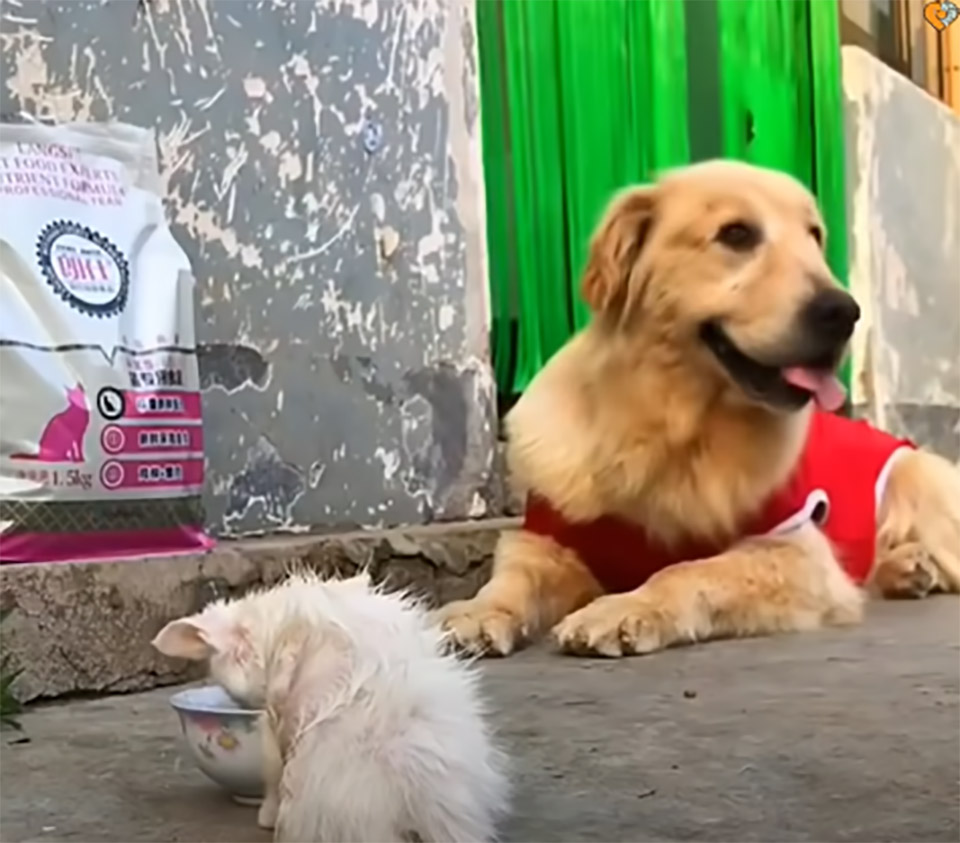 In turn, the adorable dog is happy to rescue and care for his best friend and adopted son, and will continue to do so for the rest of his life.