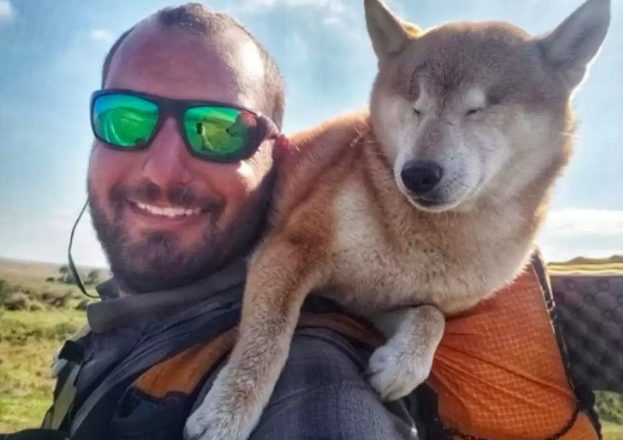 The Florida Trail is a 1,100-mile trail which makes it a challenge. Kyle Rohrig had the most significant test of patience and determination when he decided to bring his blind dog, Katana, to the hike.

“When I brought Katana out here it was either to sink or swim,” Rohrig told The Dodo. “The only catch being, I wasn’t going to let her sink.”

Katana was an experienced hiker before she lost her vision. They even completed the 2,200-mile Appalachian Trail together until glaucoma clouded the dog’s eyes.

In the middle of the Pacific Crest Trail, they were forced to leave the wilderness and go to the vet for Katana’s surgery. As soon as the vet cleared her, they decided to continue the trail. 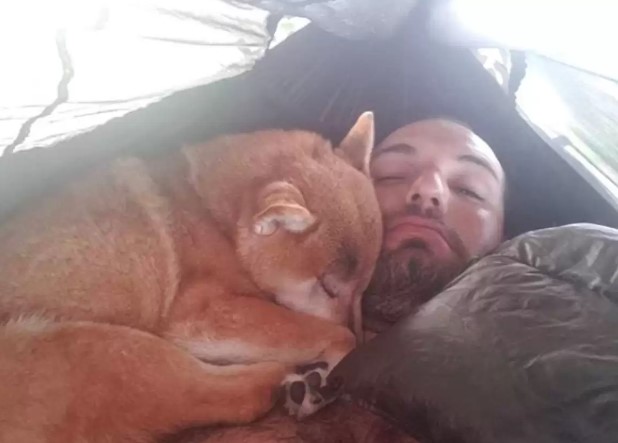 However, when Katana lost vision, the dog’s personality changed. “At first she was very cautious and timid about doing anything,” Rohrig said. “She seemed unsure of herself.”

Rohrig knew Katana could memorize the layout of a house and live out the rest of her days in comfort. But for him, their adventures together are not over. Katana began to get used to the dark, then Rohrig created a plan to bring back her confidence.

“I had my eye on the Florida Trail for a couple of years, but never made any official plans to hike it,” Rohrig said. “After Katana went blind, I thought it would be the perfect trail to help her really come to terms with her new circumstances.” 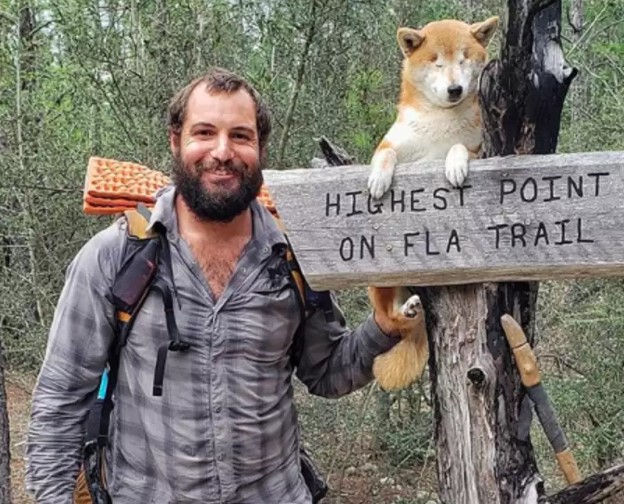 “We’d been eating and sleeping her blindness for months,” he added, “but out there on the trail, we’d be breathing it as well.”

Rohrig and Katana started their hike last January 8. The trail was mostly flat — but that’s where the ease ended. “It was very wet, muddy, buggy and at times we were wading through water, mud or swamp for miles … sometimes up to my waist,” Rohrig said. “It was a tough, wet year to hike this trail.”

Over the next 72 days, the two encountered different challenges such as alligators, snakes, blown-down trees, and sometimes a trail that is unclear. “The Florida Trail was about as monotonous and grueling as it comes,” Rohrig said. 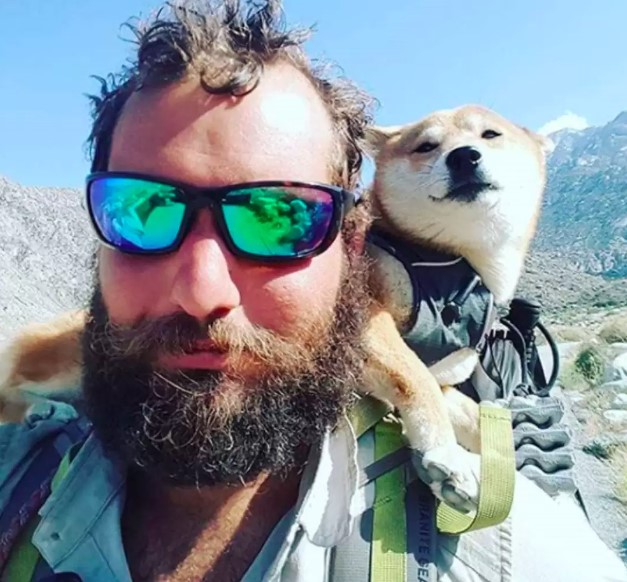 Katana did her best to hike on her own. However, if the trail conditions become tough, Rohrig would carry her on his back. “She loved every second of the freedom out there and getting to explore new places,” Rohrig added. “I truly think that’s every dog’s dream.”

They reached the line in late March, after the hike, Katana slowly became the strong and self-assured pup determined to the finish.

“I don’t know exactly how she did it, but she could lead me down the trail perfectly, without hitting a single obstacle while accounting for every twist and turn in the trail,” Rohrig said. “Katana went from cautious and timid to confident and curious.” 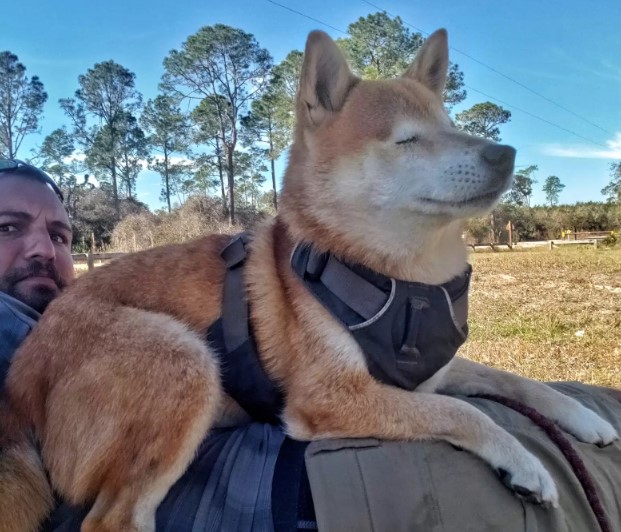 When they are home, Katana applies what she learned during their adventures. She became positive and tried to cope.

“She’s not just dealing with her new circumstances — she’s thriving, and she’s thriving wherever she goes,” Rohrig said. “We have many more adventures planned, and I’m going to keep taking her until she ceases to enjoy them. We’re both living the dream.”

You can check updates for Katana on Rohrig’s Instagram.