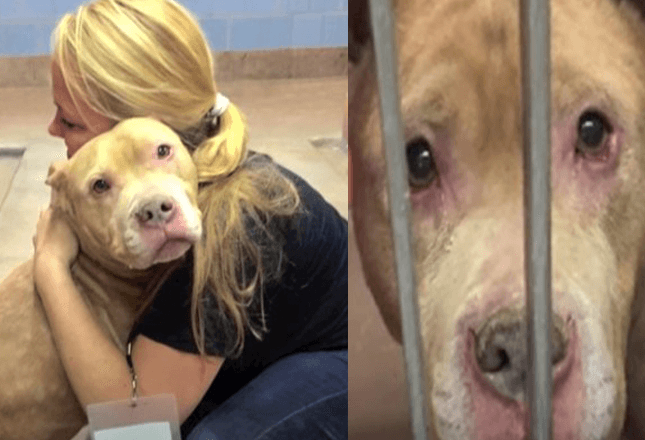 Rooselvet was a pit bull dog with a heartbreaking look in his eyes and very lonely. Its owners had dropped it off at Chicago Animal Control, with a note justifying its abandonment.

When Kelly Michael and Sarah Lauch met him, they were devastated by the discouraged and heartbroken dog. They wanted to get him out of this sad place and cold cage as soon as possible. 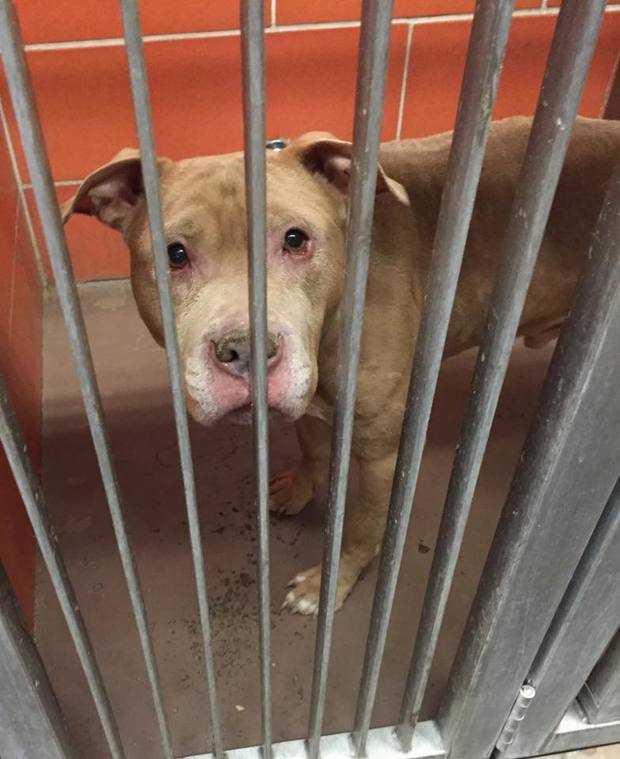 «I watched him relax quietly in his cage while all the other dogs barked and jumped to get my attention. He looked so sad and in tears,» Sarah wrote on Facebook.

«His teeth were totally crushed, probably while eating stones or trying to escape from his cage. We felt so helpless and sad for him. 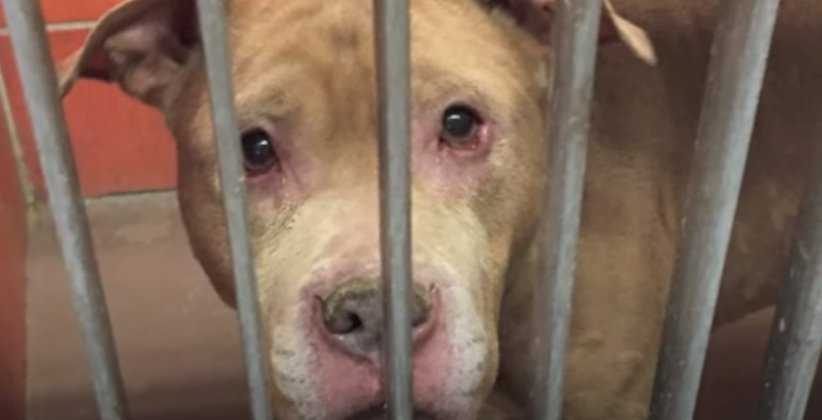 We immediately tried to find him a host family in order to get him out and get him healthy again,» she added.

Fortunately, with the help of the organization «One Tail at a Time», they were able to take him home.

He didn’t know how comforting it is to be hugged. 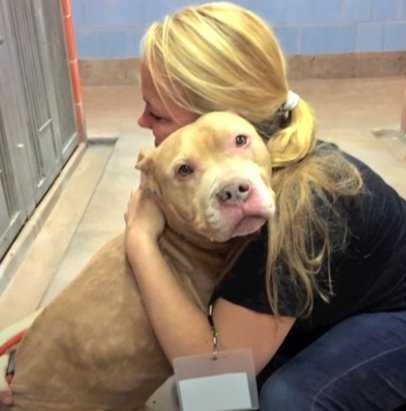 Unfortunately, when Roo was examined by a veterinarian, he was diagnosed with a terminally ill bone cancer and had only a few months left to live.

Faced with this disastrous situation, they decided to give him a real family and make his last days the happiest. Roo would live with Kelly for the rest of his life.

Roo doesn’t know he’s sick, so he acts like a normal dog. 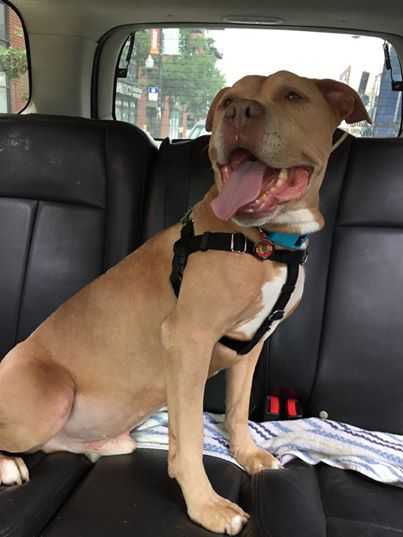 They spoil him a lot. He is very happy!

They decided to make a list of last wishes for Roo. They fulfilled them fully: he swam in a lake for the first time. He ate ice cream, received therapeutic massages, and even went to eat at Taco Bell. 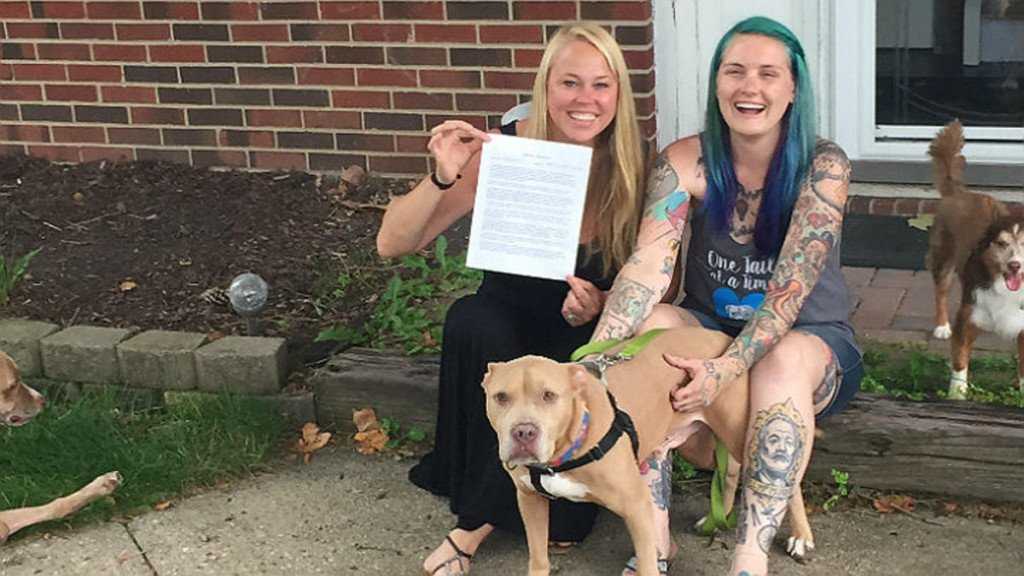 The list is endless and Roo enjoys every treat as if it were really the last time.

Maybe his time is limited, but love has no limits. For those supportive girls who adopted him, Roo became a life lesson to cherish every second. That’s why they went viral with the hashtag #LiveLikeRoo (Live like Roo), created a page with his name on it, and the effect on the networks was overwhelming. 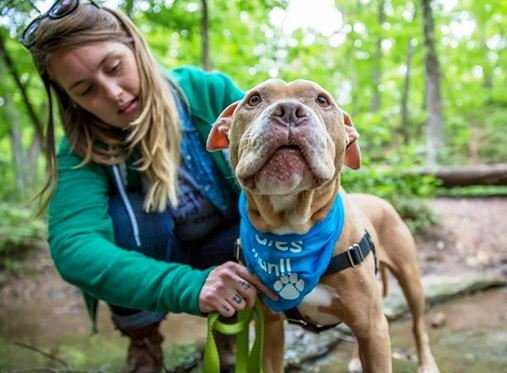 «People sent me direct messages and fans invited us to their lake house. Now all owners do things with their dogs.» 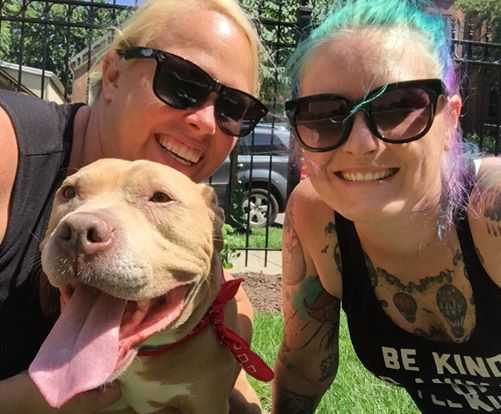 Sarah said that while they try to be positive about Roo, they know that the end of the journey won’t be easy.

In the midst of a heartbreaking prognosis, they found the beautiful part. And the best way to deal with it was to give him a lot of happiness in his last days.

This is what true happiness looks like.
«Even though we’ve known it for so little time, the mere thought of having to put it down at some point makes us cry.» 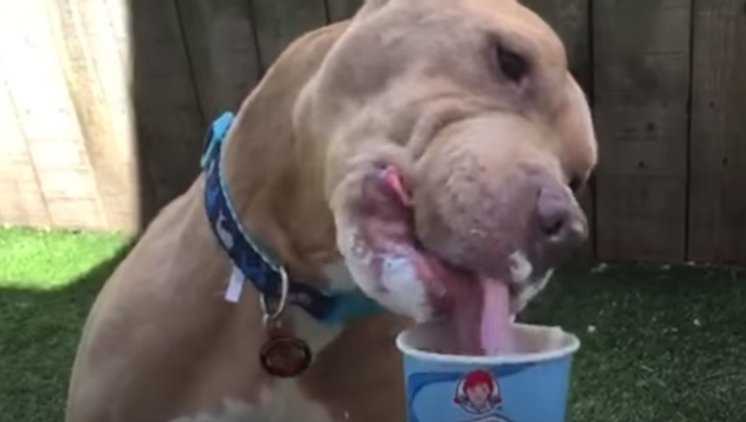 «Although Roo is only a few months old, we hope #LiveLikeRoo inspires everyone now and forever,» read the Facebook page.

You can see in this tribute how Roo enjoyed every second of his last days. It’s hard not to cry!