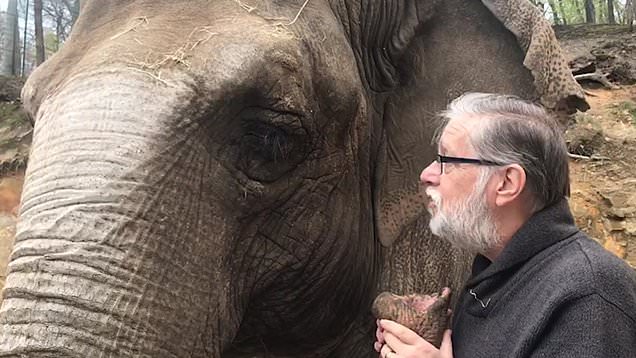 Peter Adams worked as a zookeeper at Calderpark Zoo, Glasgow. Here, he shared special moments with an Asian elephant he cared for for nearly 20 years.

From the 1970s to 1987, the two had a special bond as they met daily. However, when Kirsty was taken away, Adams lost track of her.

But only to find out that she now lives in Germany. Happy to know that she is still alive, the former zookeeper arranged a meeting with his old friend. 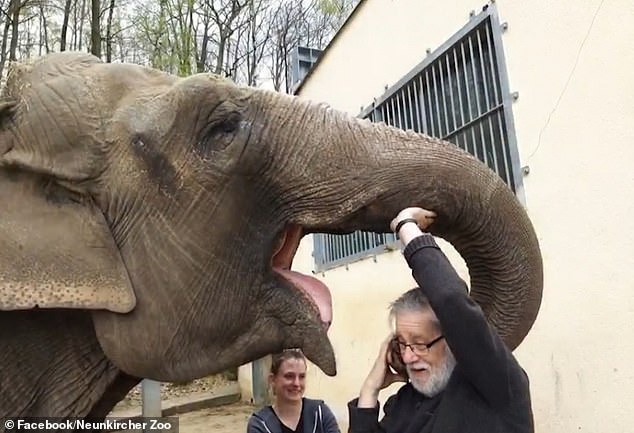 A reunion with his old friend: The zookeeper finds the elephant he cared for 32 years ago
Mr Adams wasn’t sure he would be recognized by Kirsty, but soon realized it was the opposite, when the elephant greeted him with a big, warm hug.

«Of course, I wondered if there was any truth to the phrase ‘elephants never forget. That she allowed me to come closer and accept myself was a very moving experience for me. I will always hold that memory in my heart,” Mr. Adams said. 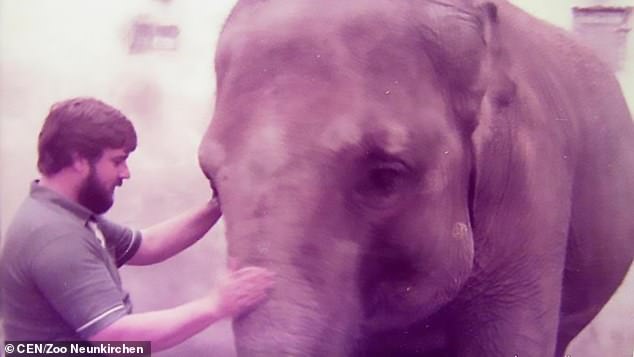 A reunion with his old friend: The zookeeper finds the elephant he cared for 32 years ago
According to its current zookeeper, elephants recognize people they have interacted with by the sound of their voice. The Scot said he will now try to visit his old friend as much as possible.

In her current home, Kirsty is described as «intelligent and eager to learn but also dominant over members of her species.»

A reunion with his old friend: The zookeeper finds the elephant he cared for 32 years ago

“After a colorful life with several moves to European zoos, she has found her retirement with us,” said the man who takes care of her.