We all know, that animals are very intuitive and they can people in a lot of situations. This is true especially with the dogs. They are considered very intelligent and can perform many tasks.

This smart doggo helped the group of rescuers find kittens, who were abandoned in a box near a shop. Looks like they were newborn and they needed so much help. 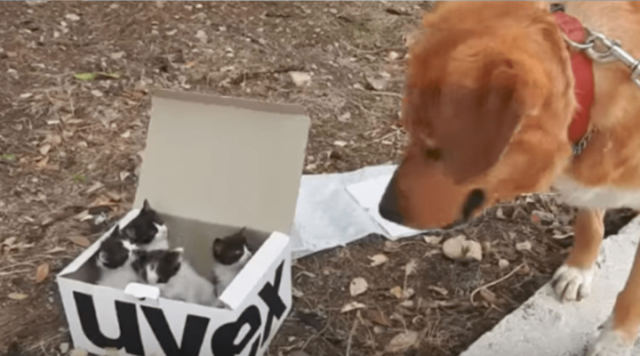 When the rescuers arrived, the dog started barking and led them to a tree, where the kittens were thrown in a box. The doggie was also taking care of the kittens. 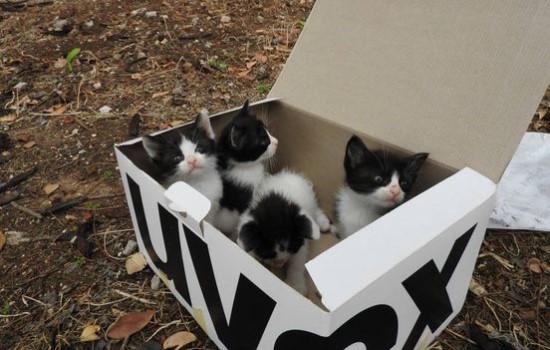 He was playing with them and making sure that no harm could touch them. The rescue team were really shocked seeing the behaviour of the doggo. 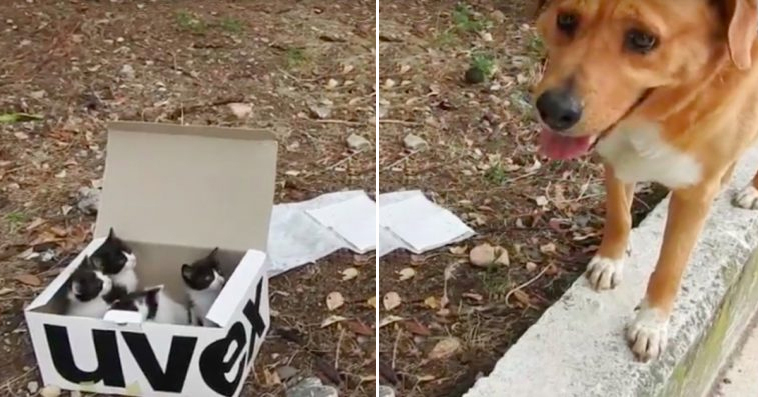 They took the kittens to the shelter, but it was clear that the doggie did not want to let them go, he was so much connected to the cats and wanted to stay with them a bit longer.