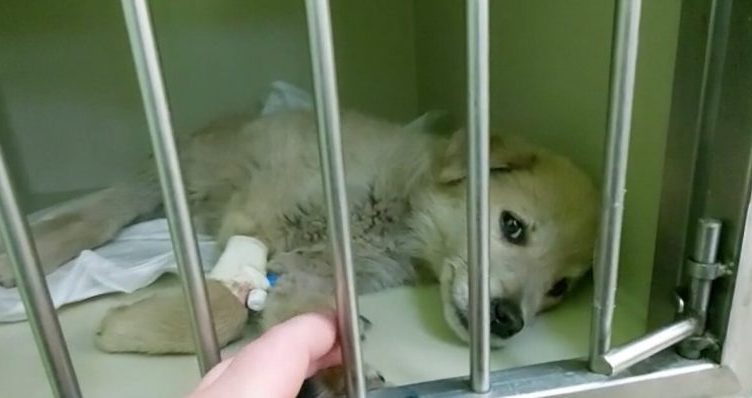 This case happened in the city of Kursk. To find shelter, a small dog climbed under the heat pipe and stayed there for three long days. The baby did not have the strength to call for help, and from the beginning no one paid attention to his plaintive cries.

The pup had already given up hope that someone would save him, but was just lying there waiting for the end. At some point, the baby’s eyes stopped opening and that’s when Oksana found him. She came across a small stained lump under the pipe on her way home from work. 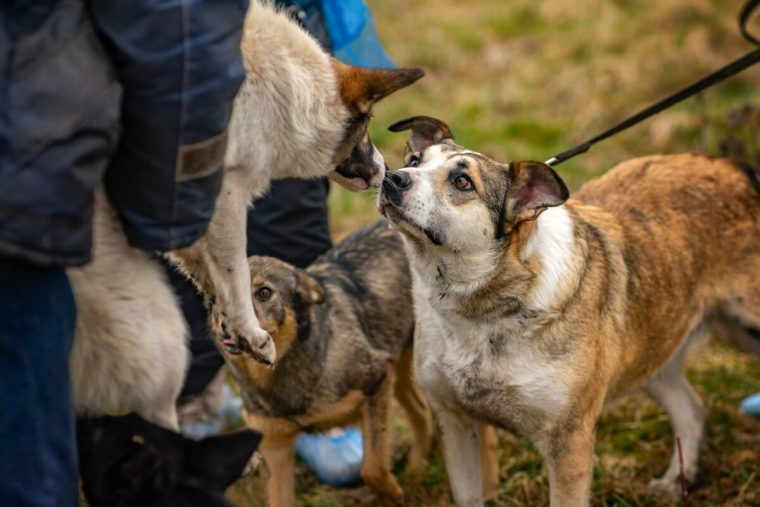 The baby was in extremely serious condition, so she decided to seek help from a zoologist. She advised him to take the crumb to the emergency vet.

A talented young doctor who has saved the lives of many pets has taken his treatment. He admitted early on that the chances of treatment are extremely low and that a donor is needed.

But even the donation gave no chance of success, as the test results were disappointing. But the vet set out to fight for the pup’s life until the end. 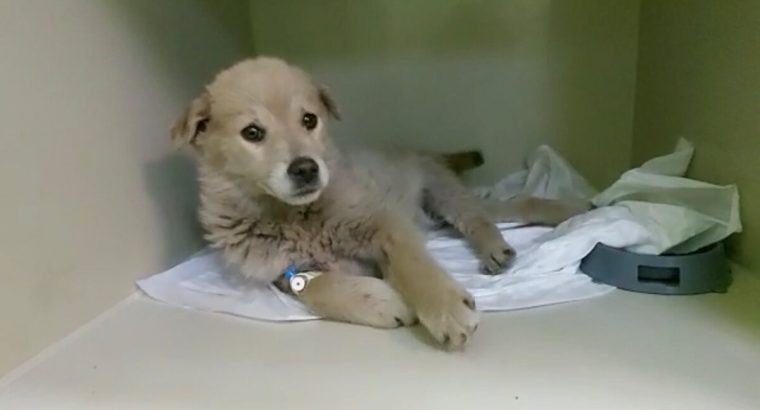 The zoologist enlisted the help of the volunteer Alexander. He kept many rescued animals and it was decided that the donor would be the dog Linda.

Linda was a beautiful adult dog, but in life she was unlucky and she was on the streets. Fortunately, she was able to save little Lada, which is what she called the dog. 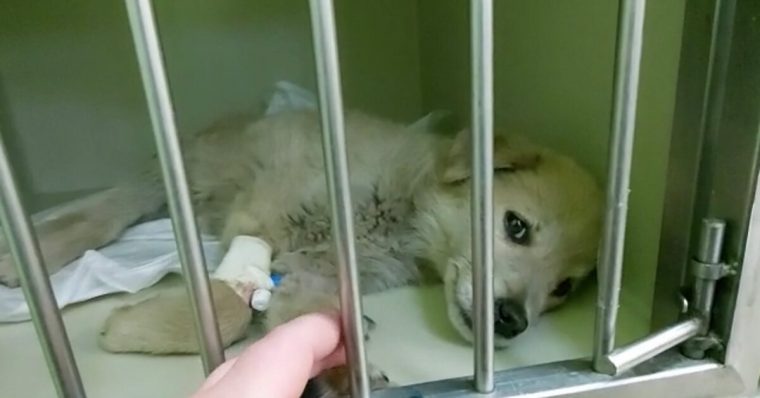 Linda seemed to breathe new life into little Frette and the results were nothing short of amazing.

Ladushka looks like a little bear cub, she is very sociable and affectionate. She is very grateful to the people who saved her, because for her small age she suffered so much and it is not known what will happen to her later. 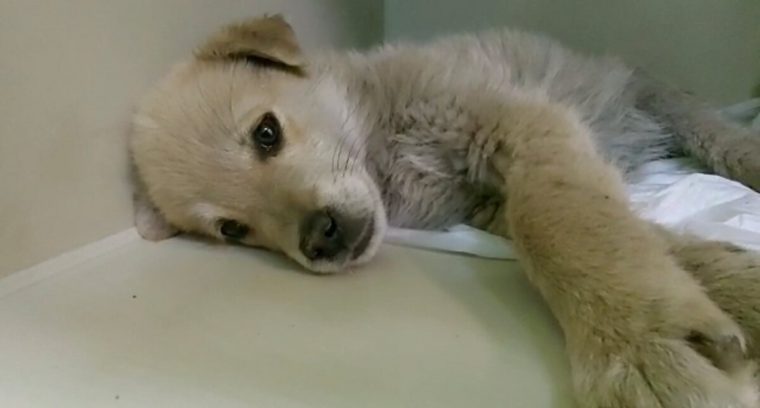 Veterinarians guarantee that Lada will live and that she is ready to leave the clinic, but her condition does not allow her to be overexposed in places where many other animals have different ailments and she can catch something.

Volunteers do not lose hope that ladushka will soon find a warm home and caring hosts.