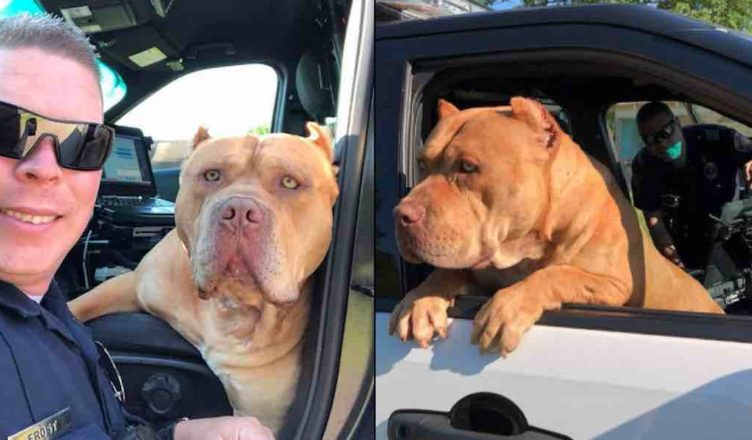 The Texarkana Texas Police Department received a call for a «vicious dog» in one of the city’s neighborhoods.

This incident happened earlier this week when Officer Travis Frost arrived on the scene and spotted a pit bull lying in front of the doorstep of a home.

Knowing the bad reputation of this breed, he took the precaution of leaving the door of the patrol car open. Just in case he was attacked, he could quickly jump into the car. 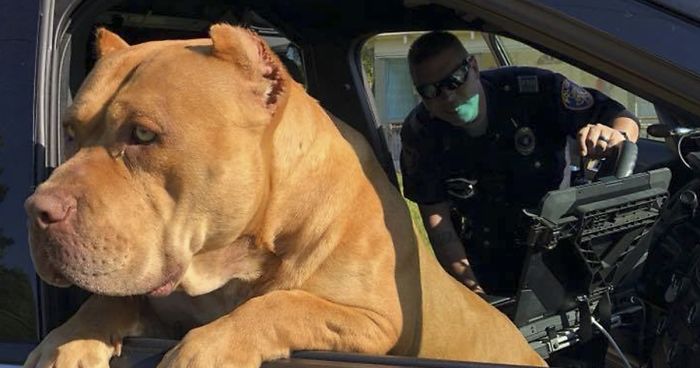 To his surprise, when he approached the dog, it came towards him, trotting and wagging its tail. After receiving the hugs, the dog jumped comfortably into the front seat of the vehicle!

It didn’t take long for Travis and the pit bull to become best friends.

Eventually, thanks to the implanted chip, they were able to identify the owner of the dog named Gold. The next day, his owners were able to pick him up at the animal shelter! 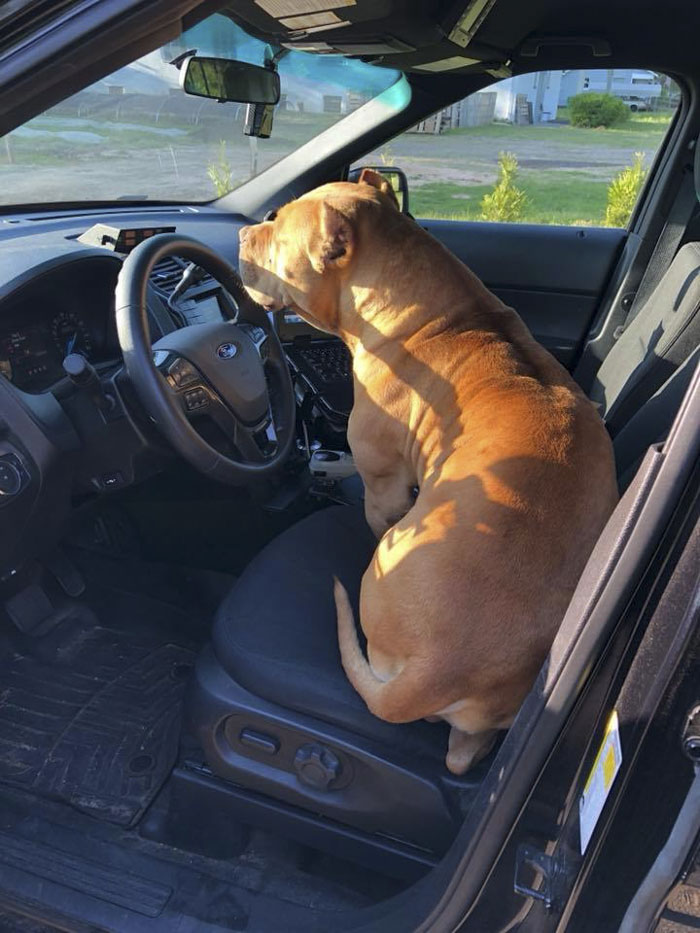 The police department posted the following message on Facebook: «If you judge the dog based on its breed, then you are probably doing yourself a disservice.»

The story of this adorable dog reminds us once again that we should not «judge a book by its cover».